Albania, An Abandoned LEGO Building That Cannot Be Completed 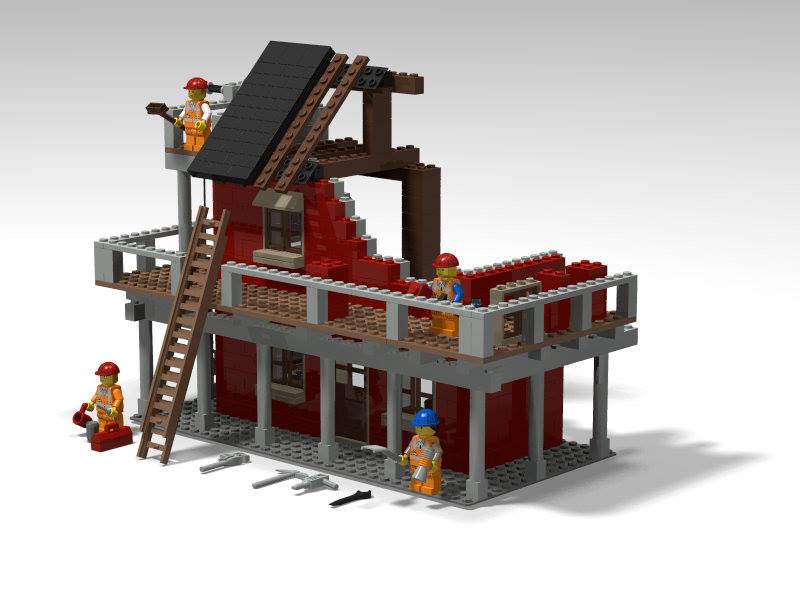 Are we on a fast track to extinction?

I do not know for how long we, Albanians, will continue to see evil as our patron, instead of our ultimate enemy. This will have to stop one day. This is the greatest cultural transformation that we will have to accomplish. We have always adapted to every sort of evil, instead of setting to defeating it. As a sub-strategy, we try to promote the lesser evil, but overall our national stratagem has been one of embracing evil, empowering evil. On its promise to instant, painless gratification, as a shortcut to better life.

At some point, we have thought ourselves so wise and clever, to even take its semblances, as with the Ottoman invader, from whom we adopted the totalitarian system, culture, religion, customs, sounds and cuisine, which we still keep today; or with the communist occupation, where besides strengthening even further the totalitarian system of values, we adopted, compulsory or by free will, the institutionalization of fratricide. Overall, a culture that favors comfort over sacrifice, power over justice, fraud over the competition, connections over meritocracy, deceit over honesty, arrogance over humility, and obedience over freedom, just to make it clear.

Fully subdued to evil at home, those of us who fled abroad managed to succeed wherever they went, because the evil they found was less evil of what they left behind in Albania. The problem is that in the last 4 or 5 years, when after 27 years that we are not under a totalitarian system, and when we are not obliged by “law” to spy or kill our brothers, except because of habit, almost 13% of the population has fled from Albania in a form or another; the number of births at 82.000 in 1990 has fallen by a devastating 62% in 2017, as if the country has been invested by the Black Plague which halved Europe in the 14th century; and nearly 60% of Albanian population has expressed their intent to leave the country instantaneously, bringing their home pets along too.

Albania is in decay, it is becoming desolate; she has entered into a fast track to extinction. The propaganda of economic growth and development and the cherished progress towards EU integration, if not a façade, a cover-up for a cemented oligarchy and subservient corrupt politicians, is so out of tune with this reality.

The economic and social data stated above indicate failure, not a success. No matter how much the reigning evil can say the opposite, the fleeing Albanians and the Albanians that are not being born are those missing pieces that make today’s Albania look like an abandoned LEGO building, half finished, one project that cannot be completed. We have to change our culture, our strategy – instead of adapting to evil, we should defeat the evil. We have to change or perish.

Dritan Shano is the Executive Director of ASCALON Foundation