Who Are the Real Anti-Albanians 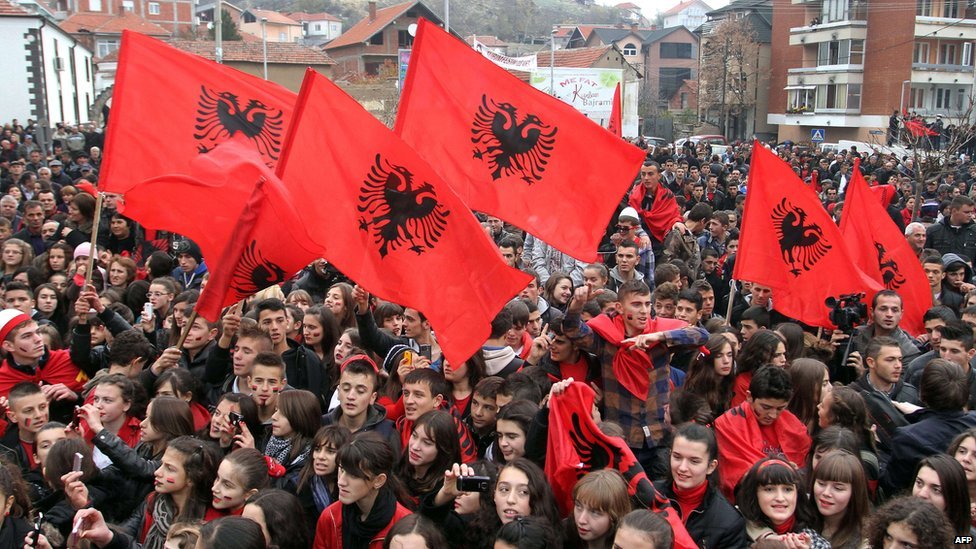 In the comment section of an article by Mero Baze in which he harshly criticized Fatos Lubonja for having misjudged the European Commission’s Report on Albania’s EU accession prospects, within a few minutes appeared a multitude of comments from typical social media “haters,” filled with insults against one of the few people who are truly worthy of respect in the desertified Albanian intellectual environment.

Between aberrant wishes he would return to that Communist gulag that stole the best years of his life, among a myriad of ungrammatical and unmotivated insults, all of them useful only for demonstrating the intellectual and civil misery of many Albanian readers and voters, emerged, repeatedly, a judgment, in itself idiotic and devoid of logical meaning, that labeled Fatos Lubonja “anti-Albanian.”

And this judgment, accusation, or (purposeful) insult was repeated in the following days in the narratives of Prime Minister Rama, and his keyboard mercenaries, against German MP Gunther Krichbaum, evidently guilty of thinking Albania was not ready to open accession negotiations, a deed entirely devoid of practical significance for the lay Albanian but of high propaganda value for a government involved in all kinds of embezzlement against ordinary Albanian citizens.

From what I, not a native Albanian, but unlike many Albanians having chosen to live in Albania, understand, when these haters – who feel they are the gatekeepers of truth, who are perennially blinded by the atavistic problem of tribal identity before an ethnic one, who pretend their work is spoken of only in flattering terms, and who, above all, have no other arguments – read something different from their rudimentary thoughts, or, rather, different from the party instructions they painstakingly absorbed, this judgment, which has its roots in a perfectly preserved ignorance from the communist past, bursts from their frothing mouths: “anti-Albanian.”

Even when someone said, in the mid ’90s, that the pyramid schemes could not work, they were accused of being anti-Albanian. Similarly, when someone said that Greater Albania was a dangerous concept, or condemned firing at protesters, they were anti-Albanian. In short, to simplify, it would seem that being anti-Albanian simply means being against the will of the current demagogue or ringleader, or, even simpler, having one’s own independent opinions that disturb the fictitious narrative that many want to hear.

This also happens with most simple immigrants in Italy or Greece – if anyone objects by saying that something in Albania is not going in the right direction, they all get angry and accuse them of being anti-Albanian.

Prime Minister Edi Rama has also recently argued that opposition leader Lulzim Basha is anti-Albanian, because he has relations with those who feel that Albania is not ready to open accession negotiations, and even haughtily invited the latter to “play with the right shirt, the black and red one.”

Because in these parts, the truth is still an order from the leader, and any news that differs from the boss-approved reality is only proof that the one who reports it is anti-Albanian. There is little interest in reality, which is replaced by the “pro-Albanian” message. Cannabis plantations are not forbidden. Instead, it is only forbidden to talk about them, or about police involvement in drug trafficking, or about massive tax scams in the oil sector, or about all the tenders that go to the worst bidders (after all the others are always disqualified), or about the Justice Reform deliberately derailed so as to intimidate every prosecutor and judge, forcing them under the government’s thumb, or about a deliberately not up-to-date electoral law. Whoever speaks of such things is necessarily anti-Albanian.

Then, it must be said even clearer.

If saying that drugs do not exist, corruption does not exist, a foreign investment crisis does not exist, money laundering does not exist, human rights in Albania are not violated, police do not stop ordinary people for doing nothing while it fails to stop criminals and drug traffickers, that tens of thousands of asylum seekers in Europe do not exist, or, even if they do, that is not a problem, if saying that in Albania everything is going well, means being pro-Albanian, then anyone who can see daily reality with their own eyes, is anti-Albanian. Including Krichbaum, including Macron, and perhaps many others.

Then, for these pro-Albanian saccids, truth itself is anti-Albanian, and must, therefore be hidden, denied, and forcefully dismantled.

So, after the glories of communism, we may reach even those of Europe, but the truth will not change. It is simply that we will refuse to see it.

Reality demonstrates that the real anti-Albanians are those who have massacred this country, first via communism, then with the transition; those who forced almost two million Albanians into immigration, those who prevent progress by preferring, instead, to loot the country’s resources, those who cultivate and traffick drugs, those who corrupt the police, and those who use it to protect trafficking, those who swindle people with their accidental nationalism used only to distract and destroy. The real anti-Albanians are those champions of the economy of robbery, who built monopolies, first with a gun, and then with executive decisions and laws, only to buy luxury villas in Vienna or Miami, or to show off their luxurious cars in the streets of the fashionable Blloku district.

The hooligans who run prostitution and drug rings are anti-Albanian, but also oil barons who register offshore companies to avoid state taxes. Those who build skyscrapers on public land are anti-Albanian, and so are those who grow fat with impossible and illegal concessions, those who privatize our future to stuff themselves with luxury and cocaine, those who sell degrees, and those who allow them.

True anti-Albanians are those who have taken possession of people’s brains, taking advantage of their ignorance, or even their good faith, building urban legends and false myths of the individual, intoxicating young people with destructive myths such as that of an easy wealth procured via drugs, or with money laundering as a valid substitute for a real economy, or with violence and intimidation instead of seriousness and work.

Finally, the real anti-Albanians are those who hate and insult anyone who wants to begin a discussion around our collective condition, around the dead end road this increasingly hungry and hunger-generating system, this project of the systematic dissolution of an entire social consensus, has put us all on.

The Albania that must be protected, preserved, and loved is not the Albania of the hulking concrete built on flowerbeds, or that of money earned without struggle, if not stolen, not the Albania where everything is bought and sold, where dignity, truth, loyalty, work, sacrifice, family, savings, perseverance, responsibility, all have a market price, and every day is more miserable than the last.

The anti-Albanians, to me, are the ones who destroyed that Albania, and continue to destroy it more and more every day, only to escape, afterwards, abroad with the proceeds of their crimes, hoping to hide behind their illegitimate money, the shameful ways they used to get it.

I, however, will continue writing. I hope that many more well-meaning Albanians will, as well, just so at least some reason manages to enter this disgraceful debate. Because I want my young daughters to be able to, one day, go around the world serene and proud of their Albanian origins. I do not care about the insolent accusations of these jackals; History will deal with them.