US Ambassador Lu Has Gone Bananas for Justice 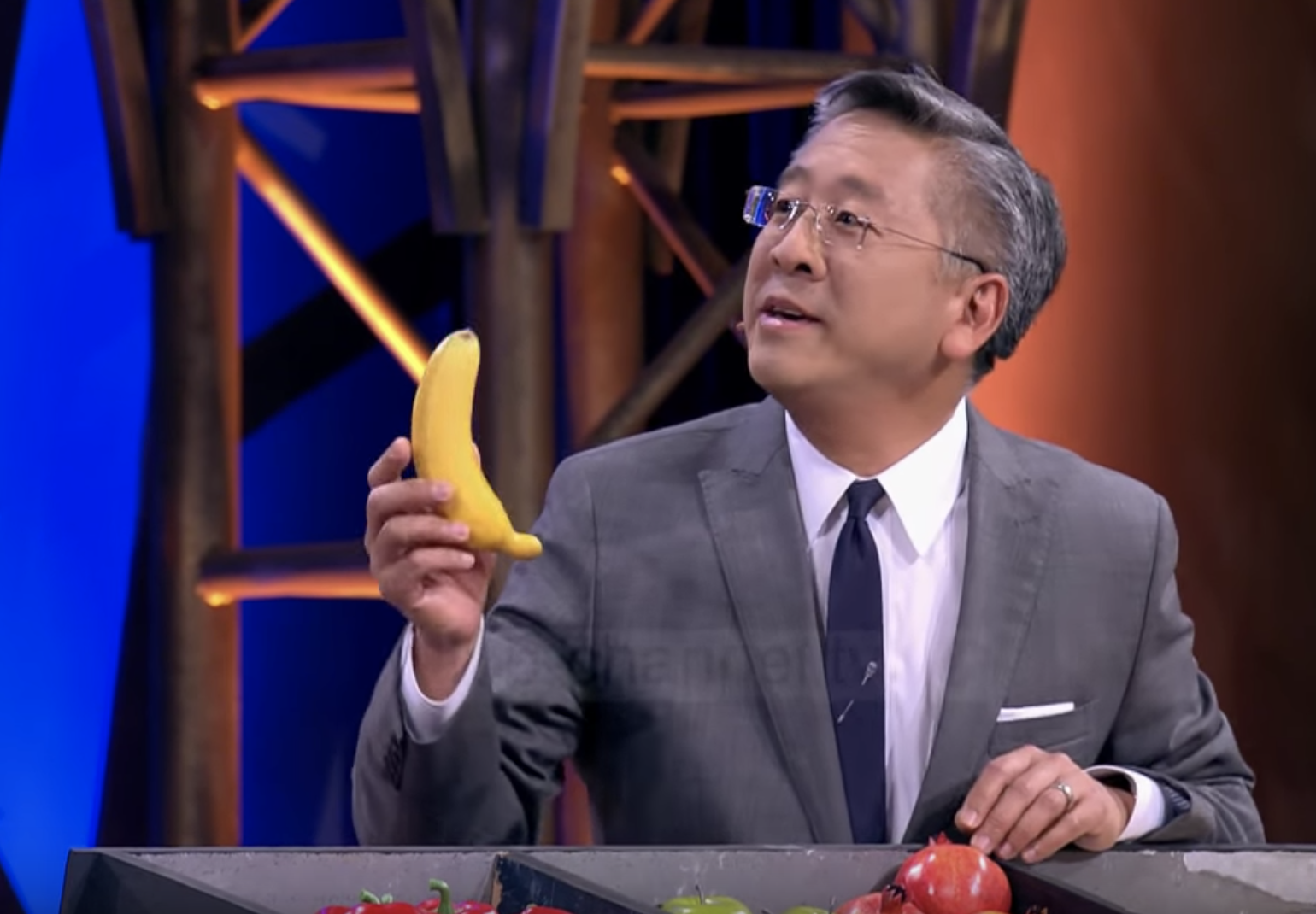 As is customary in Albania, diplomats edging toward the end of their tenure relax their habits and start checking off a bucket list of TV programs and magazine covers to appear on. Yesterday, was US Ambassador Donald Lu’s chance to shine in the satirical TV program Portokalli (an Albanian version of Saturday Night Live), where he played himself on the “political marketplace,” manning a fruit stand next to Edi Rama’s concessions, Monika Kryemadhi’s boots, Lulzim Basha’s tents, and Sali Berisha’s weapons.

His first phrase, spoken while holding up a banana, was: “I am not going without imposing justice on the great market of Albanian society.” Rapturous applause by the audience, which was apparently thrilled by his thick American accent.

In response, impersonators of Berisha, Basha, and Kryemadhi move to one side of the stage, while Rama wavers between joining them or Lu. Lu asks him: “Are you going to them or to me?” The opposition politicians entice Rama with a smorgasbord of corruption, while Lu calls upon Rama shouting, “Come here, prison!”

The moral of the little skit is: the opposition offers crime, but the US ambassador promises prison to criminals. And Rama ends up, crying, on the side of the US Ambassador.

In spite of the supposedly comical character of the Portokalli sketch, it shows clearly how US Ambassador Donald Lu thinks of himself and what his concept of justice is.

Originally, the justice reform had as its goal the strengthening of the judiciary so that it may function independently from the other two branches of government and have the capacity to investigate without political meddling the rampant corruption in the government.

However, along the way the justice reform was reframed by Prime Minister Edi Rama as a clean-up of the judiciary for its own sake, accompanied by a hostile takeover of the prosecution system by him, armed with a legal opinion co-signed by the US Embassy. Meanwhile, US Ambassador Lu has recast the justice reform in terms of “catching big fish” and as a result of the “pressure” from “civil society,” both of which are fundamentally mistaken.

And now, on national television, the justice reform is reduced to one word: “prison.” And according to Lu’s script, there is only one real political supporter of the reform—even if  grudgingly so—Edi Rama. This is more than just a farce!

At the same time, US Ambassador Lu has failed at every single turn to acknowledge both the severe problems the justice reform has caused in reality: a dismemberment of the Constitutional Court, paralysis of the High Court, and a culture of fear and loathing pervading the entire judiciary.

In spite of the sadistic pleasure that Prime Minister Rama gets from constantly repeating that the “judges have seen nothing yet,” Ambassador Lu has hailed the justice reform as a road to justice and continues to cheer him on with the “fruits of justice” in his market stall.

The justice reform will achieve anything but reinforce or support the rule of law; it has degraded into an unconstitutional exercise in which Edi Rama’s majority—through the fissures in the laws it has approved on its own—has immobilized or overtaken the functions of the independent judiciary.

Major reports from Lu’s own government confirm as much. A recent US State Department report has shown the massive human rights violations happening under Rama’s watch, while another by the same institutions designates Albania for the second year in a row a Major Money Laundering Country in the world and describes it as one of the main drug trafficking countries in the world. Lu remained silent about both reports, and didn’t acknowledge them on the US embassy’s webpage or social media accounts.

This brings us to the fundamental myth that underlies all of Lu’s propaganda about the justice reform: that it would be a simple choice between crime and justice, between boots and bananas. This position is a fiction. We are now at a moment in time when crime has overtaken justice, where crime decides what is justice and what is not, where crime screams “you have seen nothing yet”!