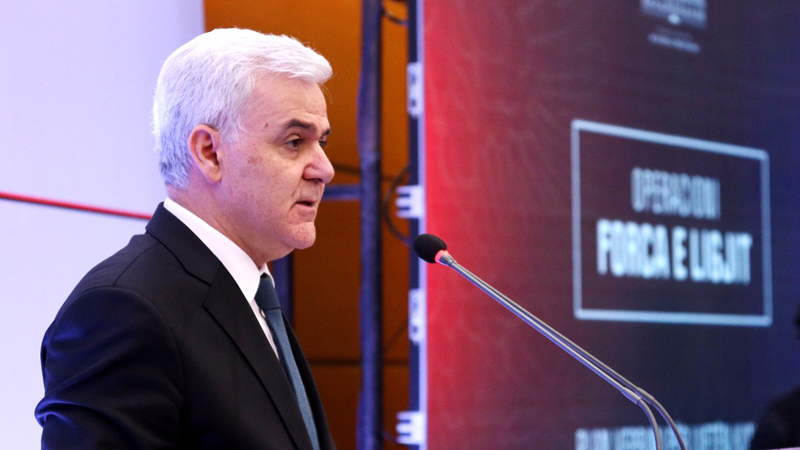 Minister of Interior Affairs Fatmir Xhafaj admitted yesterday, following the Democratic Party’s publication of evidence, that his brother has been involved in international drug trafficking and has been convicted of it by the Italian courts.

Faced with tangible proof, Xhafaj still claimed that the actions of which his brother stands accused of happened many years ago, and shouldn’t affect his political career.

However, mere months ago in September 2017, Xhafaj accused the Democratic Party of slandering him and his brother without any evidence, because of his position as Minister.

Speaking in Parliament, Xhafaj used to claim that there was no proof of his brother’s conviction, because if there ever was proof, PD would have found it during the months it was controlling the technical ministries in 2017.

In May, you in the opposition became powerful in the two main law-related ministries, that of Interior Affairs and of Justice, […] both ministries that would have been able to procure any national or international evidence, if it existed.

What did you do in these four months? Why did you not dig and unearth them? When would you have gotten a better chance to “nail me” with proof and facts.