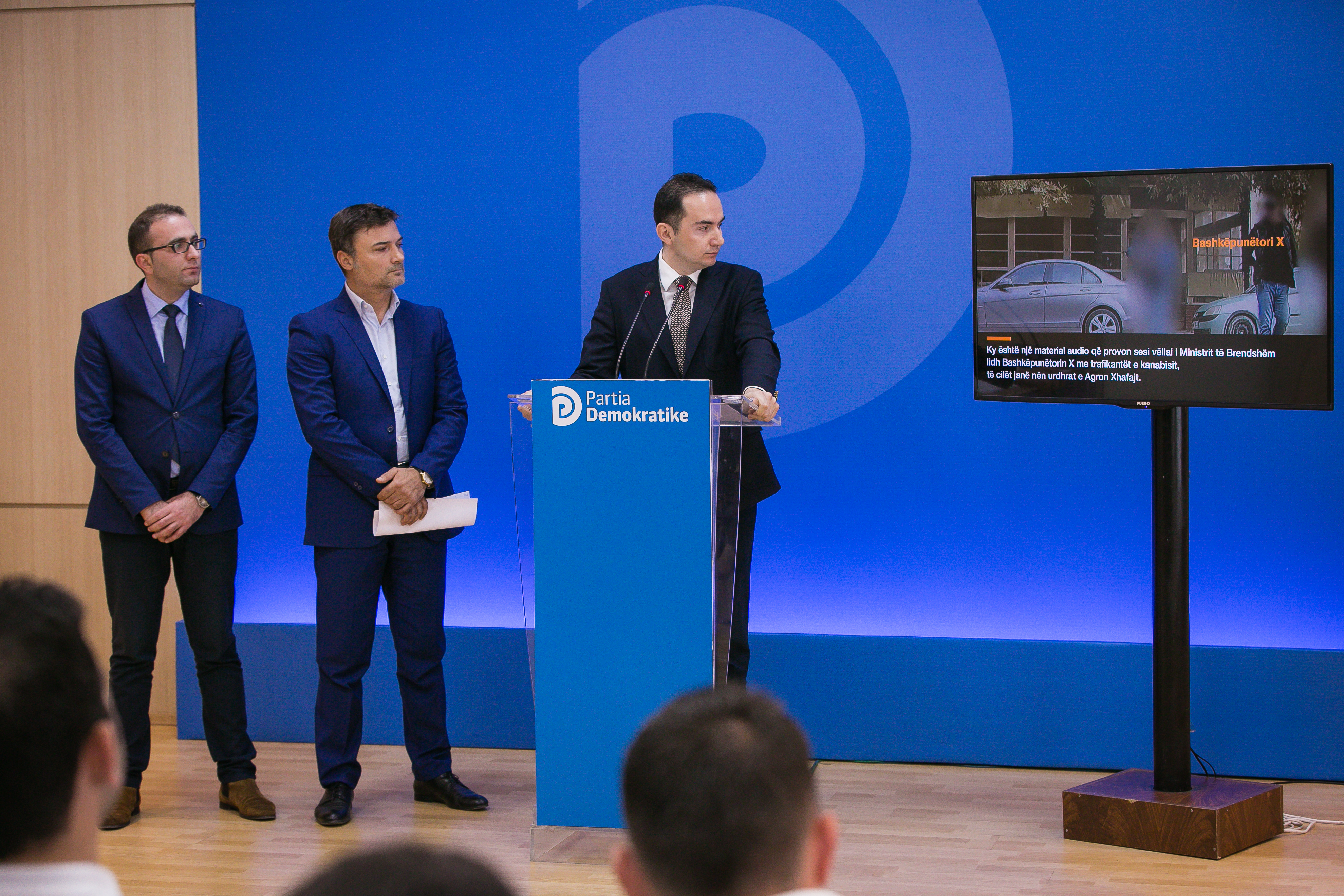 In a press statement, MPs Enkelejd Alibeaj, Ervin Salianji, and Gazmend Bardhi, published a wiretap in which one can hear Agron Xhafaj arrange the delivery of a drug shipment for one of his former collaborators.

In the phone conversation, one can hear the former collaborator, who has been released from prison in Italy, where he has been convicted as a member of Xhafaj’s gang, and has arrived in Albania, asking Agron Xhafaj to help him “make a trip,” as he does not have any money.

Xhafaj points him to a person named “Ermal,” who is, according to him, “Agron’s close friend.”

Afterwards, Agron tells the collaborator not to bother him frequently, as “those in Italy have been dismantled,” and him and his brother, Fatmir Xhafaj, are being attacked a lot.

During the press statement, Gazmend Bardhi, claimed that Minister Xhafaj provides his drug trafficking brother the support of the State Police.

Meanwhile, Enkelejd Alibeaj listed three ways in which Xhafaj broke the law, in order to convict his brother who has been convicted in Italy: