Journalist Refuses To Back Down, Rama Breaks Off Press Conference 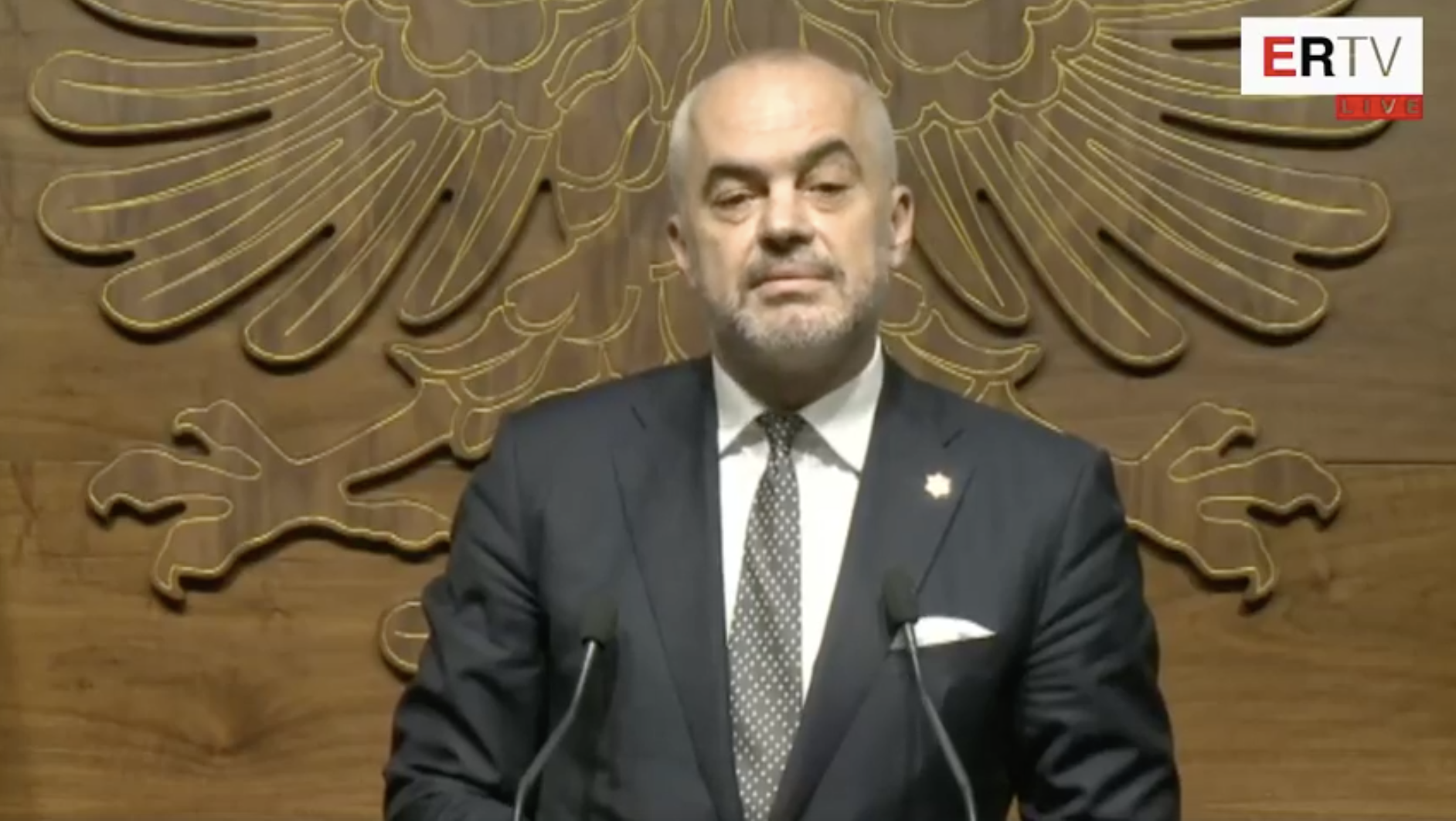 In a rare showdown live on his own TV channel ERTV, Prime Minister Edi Rama was forced to break off a press conference after journalist Ambrozia Meta of Fax TV persisted in her line of questioning considering the two Minister of Interior Affairs of the Rama government who have now come under intense scrutiny: Saimir Tahiri and Fatmir Xhafaj.

Known for his frequent intimidation of journalists and low tolerance for critical questions, the prime minister visibly struggled to hide his discontent when Meta refused to accept his deflections and claims she was making propaganda. The Prime Minister eventually left the pulpit, breaking off the press conference.

Below the video and English translation.

Journalist Ambrozia Meta: My worry is related to the question I asked. How do you feel when of the two persons that you have entrusted with the most important ministry the first one is under house arrest for drug trafficking and the second is accused of protecting his brother. Aren’t there in the Socialist Party representatives without cousins of brothers that are involved in drug trafficking, who could lead this ministry?

Prime Minister Edi Rama: First, I’ve heard it differently. Second, ask the owner [of your TV station] because he also has a brother. Would your owner be ready to be accountable for his brother?

AM: I posed my question because you are prime minister, you lead the country.

ER: I’m sorry. I’m not here for a debate. You pose a question, I give an answer. You want an answer from me or not? My answer is this: Ask your owner whether he himself holds a responsibility for his brother, because they’re both in the same field.

ER: I think it’s completely unethical that you journalists come here to pose questions and take the microphone to make propaganda. That is unethical. The rules of…

ER: I showed myself very respectful.

AM: So am I, but I cannot accept that you say you’re making propaganda. This is not propaganda, this is simply a question.

Prime Minister Rama responded similarly when asked in October 2017, about the dismissal of the Prosecution Office’s request to arrest Saimir Tahiri:

First of all, shame on all of you and everyone like you who still didn’t understand what this is about and continue to scream with those questions without point or meaning.

You still didn’t understand that we are today in simple conditions, clear for anyone that makes the effort to read 5 lines before they shout.

You still didn’t understand that first of all the immunity of the deputy [Tahiri] has been withdrawn for a long time. We are not in a situation where we discuss whether to remove it or not. Did you understand? No.

Second, you still didn’t understand […] that are part of this big problem, not in this concrete example but in general, where accusations crackle and you convey them like a copper wire and don’t have the duty to think or the responsibility for what you are conveying.