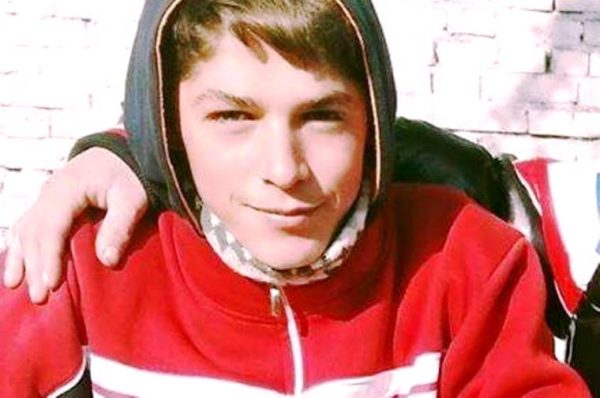 The Tirana Prosecution Office investigations into the death of Ardit Gjoklaj in one of the capital’s landfills have not impressed the Tirana Court, that dismissed the accusations against two employees of the recycling company on the grounds that the investigations weren’t sufficiently thorough.

On April 17, the Tirana Court dismissed the Prosecution’s accusations against two former employees of the recycling company 3R. Edmond Kallari and Dëfrim Hakrama stood accused of infringing work safety regulation in the tragic accident that cost Ardit Gjoklaj his life on August 7, 2016.

Edmond Kallari was found guilty of operating a loader machine without a permit and was sentenced to two years in prison. However, seeing as the sentence had started one day after the Sharra landfill accident, the court ordered both defendant be released immediately.

Hakrama and Kallari, who worked as shift manager and loader, respectively, for the recycling company 3R were the only people held accountable for the death of 17-year-old Ardit Gjoklaj in Sharra – a landfill promoted by Tirana mayor Erion Veliaj as a safe working environment.

In the published decision, a copy of which has been obtained by BIRN, the judicial body, headed by judge Gerd Hoxha, and constituting of Petrit Çomo and Arben Micka, accused the Tirana Prosecution Office of carrying out an incomplete and selective investigation, stressing that the investigators haven’t been able to even clearly deduce the dynamics of the incident.

Asked by BIRN about the Court’s ruling, the case prosecutor Julian Zonja claimed that he had yet to receive the reasoning behind the ruling, but he would appeal it. He added that the investigations into the responsibilities of the company 3R continued, but those into the municipality’s responsibility had been closed.

The Sharra landfill is under the management of the Tirana municipality. However, in February 2016, 3R shpk, headquartered in Peqin, installed a waste selection and management plant in the landfill.

Before the tragic death of Ardit Gjoklaj, the plant was visited by Tirana mayor Erion Veliaj twice.

On June 16, 2016, in a TV transmission of one of his visits to the landfill, Veliaj launched his plan to halt sorting waste from bins and encouraged all those who earned their living that way to become legally employed in the landfill and receive wages that included “social security.”

Veliaj’s invitation served as an incentive to increase the workforce of 3R’s Sharra landfill plant. However, none of the work safety standards the mayor promised were observed.

The body of the 17-year-old, who worked in recycling division of 3R shoveling waste, was found on August 7, 2016 in the grounds where the recycling waste was stacked. The following day, the Tirana Police announced the arrest of 4 suspects in the incident that took the youth’s life.

However, a few months later, the Tirana Prosecution Office halted the investigations into Braha and Daja, whereas Teqja was never prosecuted. The fact that the company’s directors managed to escape prosecution lead the court to conclude that the Prosecution was selective in its investigations.

The Court claimed that, on February 3, 2017, the Tirana Prosecution Office halted its investigation into Besnik Braha on the grounds that making sure work safety regulations were adhered to in the landfill was not Braha’s responsibility.

“The same reasoning should have also applied to Dëfrim Hakrama, who, it was revealed, hadn’t signed a work contract, and was not employed in the effect of technical supervisor” the Court stated, in its ruling.

“I did not manage to find any documents that proved Besnik Braha was the company’s technical manager. He was there only because of his friendship ties.” Zonja said.

“We weren’t able to prove his employment, that is why his case was suspended. However, we are continuing investigations into the responsibilities company 3R had in the landfill” he added.

A death without author

Regarding the role of the loader Kallari, the Tirana Court states, in its ruling, that, not only did the Prosecution fail to prove that he is responsible for Gjoklaj’s death, but it was unable to even define how the incident took place.

Referring to the evidence presented during the trial – worker testimonies, video recordings and criminal expertise – the Court decided that it was insufficient to prove that Kallari was the author of Gjoklaj’s death.

“Even if we accept the prosecution’s absurd claim that the incident was not seen by witnesses, it would have been recorded by the security cameras. The truth is that the defendant did not drive his vehicle near the place where the victim’s body was found,” the ruling declared.

In its ruling, the Court scolded the Prosecution for not being thorough enough in its investigation.

“The circumstances of this incident should have mobilized the entire police force and the prosecution into carrying out exhaustive and specialized investigations by employing any and all legally available methods,” the judicial body stated.

Asked by BIRN, prosecutor Zonja said that, even though the evidence surrounding Ardit Gjoklaj’s death were circumstantial, they are enough to prove that the prosecution’s accusations are true.

“We were aware that the time and place of the incident was not exact, and that the evidence we had was circumstantial, but, referring to the testimonies, it is beyond doubt that the victim died in the landfill,” he stated.

“It is true that the scientific expertise did not prove that the location the incident took place was not the same with the one where the victim was found […] however, going off the indications and circumstantial evidence we are convinced that the accused are responsible for the death of the 17-year-old.” Zonja added.

The prosecutor also told BIRN that investigations into the responsibilities of 3R continue, but those into the Tirana municipality have been closed.

“We are investigating the responsibilities the company had towards observing the work safety conditions in the Sharra landfill. We hope to take this case to court very soon,” Zonja said.

“The Tirana municipality signed a contract that transferred all the liability to the company 3R, therefore, until now, no evidence implicating the municipality has come up,” he concluded.

This article first appeared on Reporter.al, translated by Exit.