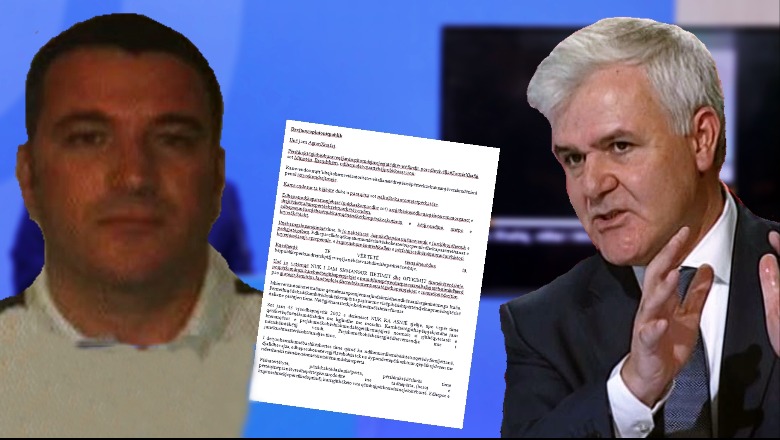 Something paradoxical seems to escape the analysis of journalists and television commentators who can be sorted in the two opposing factions against and for the government.

From the declarations Fatmir Xhafaj issued in a long press conference after the supposed surrender of his brother to the Italian authorities, the following statements could be obtained:

In short, a story lifted from an Oliver Twist-esque book, in which his little brother, looking to make a living in immigration, fell victim to bad company, but rehabilitated himself in Albania after being deported from Italy, which never put him on a wanted list. And now he has been so redeemed that, after 16 years, he is willing to surrender himself to the Italian authorities, without having to, just to help his brother continue to be the protagonist of the Albanian fight against drug trafficking.

And to think he almost made it, because, according to our law, he had reached the end of the prescription, so he was actually almost forgiven for all his sins of youth.

What one can read in Fatmir Xhafaj’s story, and in the discourse of his supporters, is a world clearly divided in two: on one side the homeland, Albania, the safe harbor, within which all her children have the right to find a safe haven, protected by the great Albanian family; on the other the country where the Albanians, driven by poverty, went to search wealth and fortune, and where the rules are different, but it’s like a game, if you don’t get caught, you win, and, as a reward, you get to go back to Albania to enjoy the fruits of the dangers you had to face and to deal with.

What you do, or what you’ve done there – dealing drugs, pimping, robbing villas, killing, or anything else – is another story, and it does not matter here, and this is why it is natural that we must defend our children from the “unjust” justice of Europe, avoiding extraditions whenever possible, at least for those trials in which “our own” have been tried in absentia because they have managed to find refuge in Albania.

It seems as if Minister Xhafaj and his supporters consider Europe and Albania as two different places, such that the Albanian “pirates” have the right to go to Europe and acquire booty, to then return to Albania, their modern-day Tortuga, so they can enjoy the fruits of their righteous looting.

If this were the approach every member state took with the EU, we would be looking at a true massacre: citizens of every member state, free to commit any criminal act in another state, secure in the knowledge that they could return to their country at any time and, so, escape any penalty and enjoy the fruits of their “labors” in peace.

This approach would have taken the EU straight back to the Middle Ages.

Is this the integration approach the Rama government will choose? One that will turn Albania into a modern-day Tortuga, squat in the middle of the European Union?