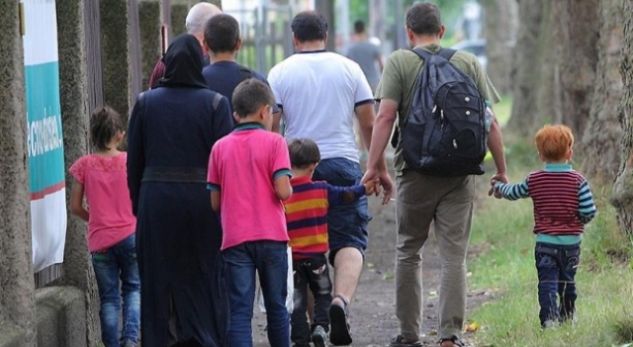 Albania is the country with the largest number of citizens seeking asylum in the EU, and especially in the Netherlands, Belgium, and France.

The issue of Albanian immigration has been, for the last two years, at least, the central concern of these countries relationships with Albania. EU Member States have often threatened a return to the visa regime for Albania, as a preventative measure for illegal immigration.

So, in December 2017, French Minister of Interior Gérard Collomb arrived in Tirana for a two-day visit, with the intention of pressuring the Albanian government to put a stop to the influx of Albanian illegal immigrants and asylum seekers in France.

Meanwhile, in April 2017, Belgian Secretary of State for Asylum, Migration and Administrative Simplification Theo Francken visited Tirana and appealed to Albanians warning them not to seek asylum in Belgium, as they would be rejected.

However, despite the concerns of EU countries, and the statements European governments concerning Albanian illegal immigration, Prime Minister Edi Rama keeps refusing to address the issue of immigration.

Tuesday evening, in an interview on France 24, Rama claimed that it is the “change of systems” that has resulted in immigration:

Following Albania’s isolation, the country opened its borders. People leave, people come back. It is the change in systems that brings this about, on the one hand, and on the other, I think it’s normal for people to come and go.

History tells us that rich countries, the richest ones of Europe, today, used to be poor countries, from which people have migrated, and then helped their families. They learned many things out in the world and they have come back with new culture and capacity, enriching, thus, their countries.

According to a study by Cooperation and Development Institute (CDI) and the Tirana branch of the Hanns-Seidel Foundation (HSF), Albanians tend to immigrate mainly as a result of unemployment, low income, and unfavorable living conditions. Therefore, it is economic difficulty, rather than a change of political systems, that is the main reason for Albanian immigration.

This fact is also supported by a European Bank for Reconstruction and Development (EBRD) report of 2017, according to which 73% of Albanian respondents think that the economic situation has worsened compared to four years ago.