Now We Know Who “Steered” EURALIUS 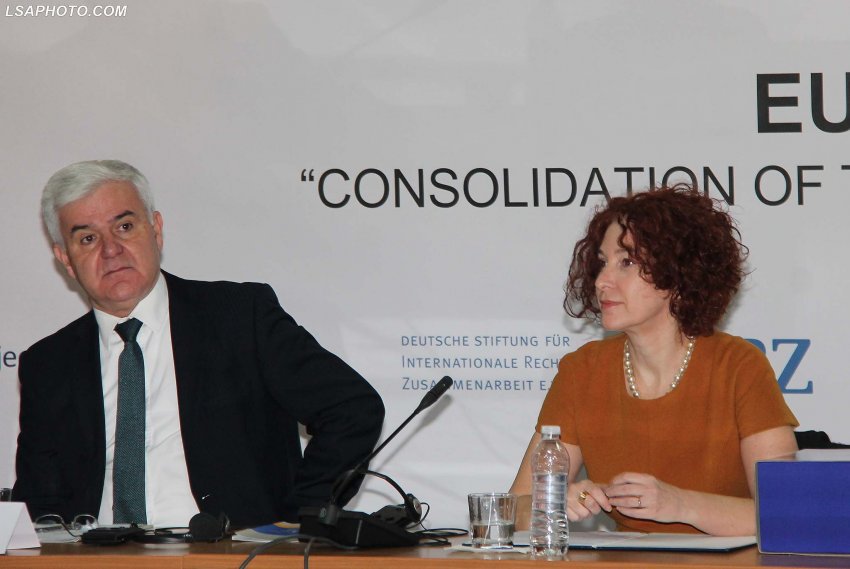 Yesterday I reported on how EURALIUS and the European Commission have consistently refused to provide Exit.al with information regarding the decision making process behind the “legal opinion” of December 2017, which led to the current constitutional crisis and complete political capture of the Prosecution Office – exactly the opposite of what the EURALIUS IV mission was supposed to accomplish.

The European Commission cited as a reason for only providing us with the Final Report from 1 September 2014 to 31 May 2017, omitting the final months of the EURALIUS IV mission, by claiming “intellectual property” and “commercial interests.”

However, as always, the European Commission has troubles defining its own terms, as two other reports that I had requested, namely the EURALIUS IV Inception Report and the Final Report covering 1 June 2017 to 28 February 2018, as well as two progress reports, are freely available on the EURALIUS website.

What is not available publicly, however, is the Final Report from 1 September 2014 to 31 May 2017 that I received from the European Commission.

So what the European Commission considers proprietary is put publicly online by EURALIUS, and what EURALIUS is not putting publicly online is sent to me by mail. Did they fail to coordinate this, or are they just simply incompetent?

Especially the online publication of the Inception Report is surprising, because the European Commission jumped through hoops to claim they couldn’t give them to us:

Inception reports contain internal information on the work plan for the following period (list of activities, expected results, and objectively verifiable measurable indicators of achievement (SMART/CREAM/RACER indicators). […] these reports (e.g. progress reports) refer amongst others, to the beneficiary’s project implementation and contain extensive information on the methodology and detailed activities, timetable and other operational modalities which were primarily outlined in the project’s proposal and which constituted inside knowledge of the consortium.

The Inception Report indeed gives us great insight in the personnel involved in EURALIUS, which, although cast as a technical justice assistance mission that is run by a professional consortium, turns out to be a thoroughly politicized institution.

Thus, EURALIUS played a critical role in all phases of the reform proceedings mandated by the applicable requirements of the EU accession plan. With the approval of the Steering Committee and the EUD [EU Delegation], EURALIUS dedicated extensive project resources and effort to the justice reform effort during the whole period of its mission. […] Indeed, EURALIUS implemented all of the around 70 activities assigned to it by the EUD and the Steering Committee.

However, the report remains silent on the members of this “Steering Committee” (which reminds us of the “Management Board” of the International Monitoring Mission), and also previous documents we received from the European Commission, such as the EURALIUS IV contract, consistently have all the names censored.

The Inception Report, however, gives us a great overview of whom EURALIUS was directed by from 2014.

Among its initial members we find EU Ambassador Romana Vlahutin, former Minister of Justice Naçip Naço, former Chair of the Ad Hoc Commission and current Minister of Interior Fatmir Xhafaj, and Maksim Haxhia, Chairman of the National Chamber of Notaries, who is at the same time lawyer of former Minister of Interior Saimir Tahiri and Constitutional Judge Bashkim Dedja. And, remarkably, as observers to the Steering Committee we find both Bashkim Dedja and Saimir Tahiri, among others. Note also that the Steering Committee contained not a single member of the opposition.

So these are the people that are consistently censored out by the European Commission, which wants to hide the reality that a project financed by the European tax payers serving to reform the Albanian justice system is in fact “steered” by some of the most corrupt and criminal elements in Albanian politics.

In fact, the Steering Committee has had a strong influence on how EURALIUS implemented its activities, which now also explains the “legal opinion” written in December 2017. With these people in the Steering Committee, they simply ordered EURALIUS to write it. So basically, the lawyer of Saimir Tahiri oversaw the experts that wrote the legal opinion that allowed the installation of the General Prosecutor overseeing the case against Tahiri!

So all in all, as we are piecing together the documentary evidence, the reason why the Justice Reform has completely destroyed any possibility of an independent judiciary in the future is becoming ever more clear.