Dropping Tahiri’s Investigation in Italy Does Not Clear His Name 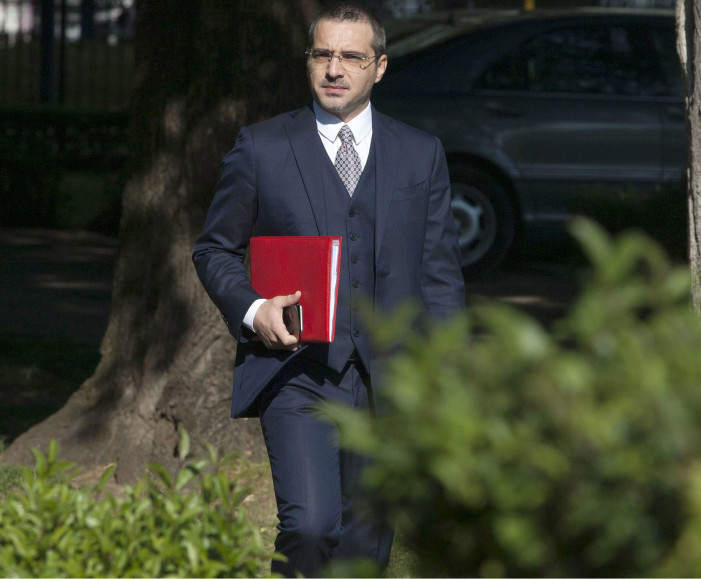 Saimir Tahiri has been under investigation in Catania, Italy, for the criminal charge of participating in a criminal organisation. As reported in media, according to a 2-page-long document from Catania Prosecution Office, Saimir Tahiri has been under investigation for the charge of creating a criminal organisation in Italy, as prescribed by Art.74 of the Penal Code – “creating an organisation with the purpose of illegal trafficking of narcotic or psychotropic substances”.

This article prescribes cases when three or more individuals collaborate with the purpose of promoting, setting, leading, organising or financing organisations dealing with drug trafficking, and it prescribes a minimum sentence of 20 years in prison.

Considering the publicly known facts, including the evidence found by the Albanian prosecution, the closing of the case seems to be only normal, given that thus far no one has ever accused Tahiri of creating a criminal organization in Italy with the purpose of drug trafficking in that country.

In fact, Tahiri is under investigation for facilitating drug trafficking not only by making vehicles (a speedboat and a car) available for use to Habilaj’s, but also by having the police protect them. Here is what Italian journalist Guido de Luca – who was the first to publish the content related to Tahiri from the wiretapping by the Italian prosecution – wrote about the tapes in an article:

“For many years Albania had been a free business zone for the Minister’s cousin. In an open-area interception conducted by the Catania Financial Guard military men, Moisi [Habilaj] unveils some details to his Sicilian middleman, who is the owner of a Q8 gas station near Lentini. “If you come to Albania, – Moisi says – you should keep in mind that the Albanian police is corrupted, and it’s often the chief of police himself who helps with the loading of [drugs-filled] sacks.”

In fact, according to the published document, the Catania Prosecution was not able to prove the Habilaj’s purchase of jewellery for Tahiri and his wife, because the jewellery shop owners interviewed by prosecutors were not able to recall neither the sale nor the purchaser.

“On 23 November 2017, Mr. Guido Donini and his son Alession Aroldo, owners of the jewellery shop, were invited to the prosecutor’s office with the purpose of verifying the potential purchase of jewellery by Albanian citizens Moisi Habilaj and Sabaudin Celaj for Saimir Tahiri, and they declared they didn’t recall the facts in the focus of the investigation, nor did they recognised Moisi Habilaj. Regarding the activity in focus, [the prosecution] proceeded with the checking of the accounting documentation obtained from them.

The examination of the above-mentioned documents yielded negative results, which means there were no incoming cash flow operations in the period under investigation regarding the purchase of two bracelets by Moisi Habilaj.”

There is a simple explanation why sale traces were not discovered: the Habilaj’s were careful not to leave traces of their purchase. This is clear in the intercepted conversation between the two individuals after the purchase.

“Moisi enters the car and tells Sabaudin he had purchased two bracelets – one for Saimir’s wife and one for his mother. Sabaudin asks whether they had cost a lot.”

Moisi reveals that both bracelets price was 18,000 Euros but he had purchased them at half price.

Sabi: Were there no cameras?

The conversation reveals that Moisi Habilaj was very careful not to leave traces of the purchase, which was done in cash, and moreover he had negotiated to lower the price at half, which means that the jewelry might have been sold without being registered in the shop’s cash flow.

The investigation on this matter is also difficult because of the fact that the said jewellery has not yet been found by the prosecution.

As it is well-known, the Parliament delayed for 10 days the authorisation for the Prosecution to search Tahiri’s apartment and his other properties for more evidence. This was enough time to get rid of any evidence mentioned in interceptions, which Tahiri had at his disposal from the beginning.

In fact, suspicions that Tahiri might have cleared the compromising evidence were obvious on 1 November 2017, when police arrested Orest Sota in Elbasan. 836 thousand Euros, four maritime vehicles driving licenses belonging to Tahiri, and one car driving license belonging to his wife were found in Sota’s car. Such essentially personal documents being in the car of a person close to Tahiri, and not in his apartment or other properties, makes one think that Tahiri had removed them from his apartment and entrusted other people with them.

With the revelation of these documents, the Serious Crimes Prosecution raised the suspicion that Orest Sota might be Tahiri’s collaborator in hiding revenues from criminal activity.

On his part Saimir Tahiri has never commented on the cash and licenses found in Orest Sota’s car. Meanwhile, later on it was proven that Sota had privately travelled several times abroad with Tahiri, including a trip to Germany.

In short, not only is the Albanian prosecution conducting a different investigation, which is completely detached from the one by the Italian prosecution, but it also has witnesses and evidence that seemingly support Tahiri’s culpability regarding charges under investigation.