Dutch Secret Service: IS May Regroup in Turkey 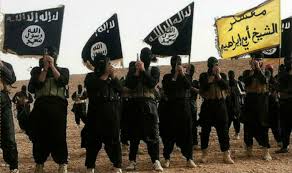 The announcement of US President Donald Trump to withdraw his troops from Syria at the instigation of Turkish Present Recep Tayyip Erdoğan has rattled international allies, and runs the risk of further empowering an autocrat that already has an outsized influence on the Balkan region. The business, friendship, and family relations between Albanian Prime Minister Edi Rama and the Turkish President have been amply documented in the past.

With the US army gone from Syria, it is expected that President Erdoğan will launch an offensive against the Kurdish autonomous region in Northern Syria, which it considers allies of the Kurdistan Workers’ Party. The Turkish government has imprisoned several Kurdish political leaders, which it accuses of being affiliated with this so-called terrorist group.

The Kurdish forces in Syria played an important role in the defeat of IS (Islamic State), a fundamentalist organization, but a recent report from the Dutch Intelligence Service (AIVD) shows that Turkey has long enabled the extremist group in the territories controlled by it. From here, IS can recover, reorganize, and further shape the underground struggle in the region.

Long after the eruption of the Syrian conflict, Turkey was used as a launch pad for innumerably large number of foreign fighter coming from the whole world to Syria. IS (and also Al Qaida) used Turkey as a strategic base.  From here, IS is able to recuperate, reorganize, and continue to shape the underground battle in the region. Moreover, IS is able to exploit the relative peace in Turkey to (once again) forge plans for its still present international ambitions.

The influence of Erdoğan in the Balkan region, including Albania, thus poses a direct threat to the security of the European Union.