Publishers Respond: Articles Plagiarized by Politicians Will Be Retracted 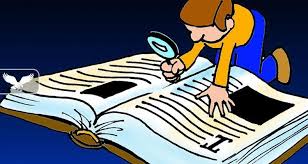 Following the plagiarism scandal that has hit the Albanian political scene, involving several (former) ministers and deputies who appear to have faked their academic research, international publishers are now responding to the alleged cases of plagiarism first made public by Taulant Muka.

One of these cases involved an article co-authored by former Deputy Minister of Education Ervin Demo in the Elsevier journal Procedia. Demo and his colleagues had plagiarized several parts from their article from a widely available student textbook.

In a response to an inquiry from Exit, Joice Jiang, Senior Publishing Content Specialist at Elsevier,  stated that Procedia will contact the guest editors of the issue in which Demo’s article appeared, and that “in case of plagiarism, article will be reviewed by a panel inside of Elsevier and be retracted after the panel’s approval.”

The issue of Procedia that featured Demo’s article comprised the conference proceedings of the 8th International Strategic Management Conference in Barcelona, organized by the Beykent University of Istanbul, Turkey and the Gebze Institute of Technology, Kocaeli, Turkey. On the website, Elsevier is mentioned as “world-renowned … partner.” The issue was edited by Mehtap Özşahin and Cemal Zehir, both from the Gebze Institute of Technology.

Interestingly, the journal Procedia has suspended its activities earlier this year because, as Jiang declared, “the conference organizer can’t guarantee the peer review quality as agreed with Elsevier.”