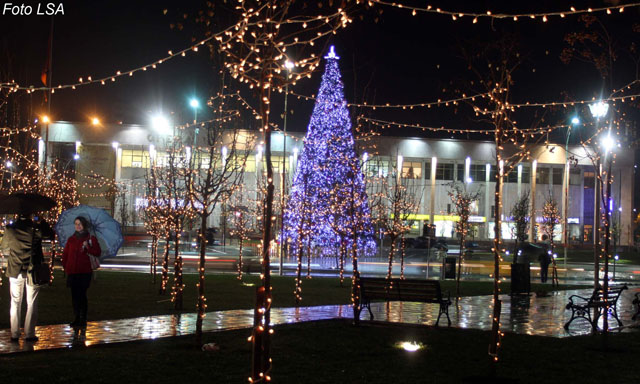 Exit.al brings the most important social and political events in Albania throughout 2018.

January – The Central Election Commission dismissed two members of parliament, Aqif Rakipi and Gledion Rehovica, as a result of the decriminalization law. Both MPs had hidden their past.

February – A protest against the agreement on maritime border delimitation between Albania and Greece took place. Protesters demanded transparency on the content of the agreement.

March – The vetting of magistrates started about two years after the approval in Parliament of the Justice Reform. The Independent Qualification Commission (KPK) took 77 final decisions on vetted magistrates. Members of the Constitutional Court, High Court, and candidates to the new judicial institutions were the first ones to be vetted.

April – The vetting of the Constitutional Court members started, resulting in one single member remaining – Judge Vitore Tusha – whose term had already ended in 2017. The other eight members of the court left either as a result of resignations or the vetting process. (Besnik Ymeraj, Altina Xhoxha, Fatos Lulo, Bashkim Dedja, Gani Dizdari, Fatmir Hoxha, Sokol Berberi, Valdimir Kristo).

May – The protest against government’s project to demolish the National Theatre in Tirana started. Artists and citizens have been protesting daily to this day. They have denounced the corruption at the center of government’s project. The socialist majority passed a special law in Parliament, thus giving a company close to the government the right to implement the project without competition, in violation of the Constitution, the Stabilization and Association Agreement, and the Law on Public Procurement. The European Commission demanded the government to change the special law and follow legal procedures.

June – The European Council postponed to the next year the decision on starting accession negotiations with Albania. Ministers of the EU countries demanded the Albanian government to meet five conditions: implementation of justice reform, fight against corruption, fight against organized crime and drugs, implementation of decriminalization law, and approval of a new electoral legislative framework.

August – The vetting of members of the High courts ended, leaving the institution with only four of its 19 members ((Xhezair Zaganjori, Medi Bici, Ardian Dvorani, Edmond Islamaj), as a result of resignations or the vetting process. Two of the four remaining judges (Xhezair Zaganjori dhe Edmond Islamaj) are also members of the Special Appeals Chamber (KPA). There are about 15 thousand cases awaiting judgement in the High Court.

September – Citizens of Kukes protested against the government imposed tariff on vehicles passing through the highway connecting Albania and Kosovo. Police and protesters clashed, and 11 protesters were arrested and jailed.

November – Inhabitants of the Tirana Outer Ring Road area started protesting against government’s project which requires the demolishing of their houses. The project foresees the demolishing of more than 3 thousand buildings, more than half of which were undergoing the legalization process. “Të Paekspozuarit” show on “News 24 TV” revealed that DH Albania – the branch of a supposedly US company, which had won one of the three lots of the tender on the Outer Ring Road – had forged tender documents. This lot was cancelled following the revelations.

Minister of Interior Fatmir Xhafaj resigned several weeks after the opposition had published a video-recording where Xhafaj’s brother allegedly appeared to be involved in international drug trafficking.

December – Students abandoned classes and started protesting, following the revelation of a government’s decision to raise exams tariffs. Students presented the government with a list of eight nonnegotiable demands.

The Justice Nomination Council (KED) couldn’t form. The draw held in December resulted in a KED with seven out of nine members, following the Judge Bashkim Dedja’s dismissal by the Special Appeals Chamber (KPA) and the failure of the General Prosecution to submit candidates. Meanwhile, four KED members have not been vetted.

The High Judicial Council (KLGJ) installed in December, with Naureta Llagami elected as its chairwoman. KLGJ’s duty is to nominate new judges and to install the Special Court dealing with corruption and organized crime.