An Analysis of Erion Veliaj’s Display of Children 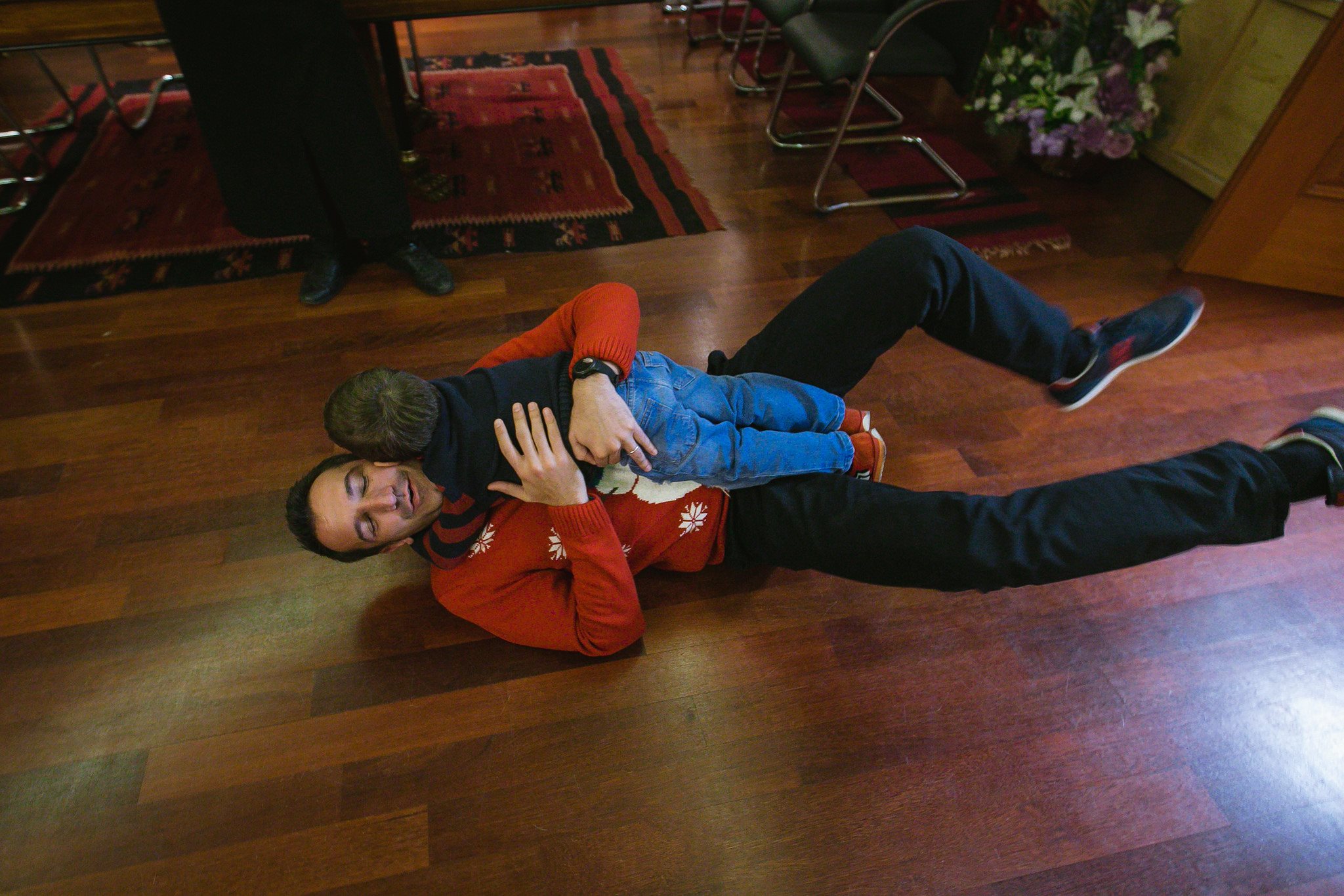 I have written about the frequent appearance of children in Veliaj’s propaganda before, but this time I would like to dive a bit deeper into these images and see what more they can tell us.

Of the thousands of photographs that Erion Veliaj and his PR team post daily on Facebook, hundreds of them contain Veliaj together with one or more children. They are not merely decoration. Veliaj nearly always is in physical contact with them: holding, embracing, hugging, or carrying them. (I created a visual archive with a large number of images for reference.) Also, the children often hug, embrace, or kiss him in return. The naive interpretation is: Erion Veliaj really loves children, and shows himself quite literally as the “good father” of Tirana.

But we would do well to contrast Veliaj’s propaganda with Rama, who, after an early period in which photographer Jutta Benzenberg provided a brilliant depiction of a dynamic and cultured leader, has returned to a rather stale visual language of the “great leader”: surveying works and meeting his voters. His behavior toward children, if you can already find them, is also decidedly different: no sign of the unconditional, nearly ecstatic love that Veliaj seems to exude near children; no sign of the intense physical contact that Veliaj often engages in.

It is clear that Veliaj loves children. In fact, it seems as if he uses his position as mayor to be as frequently as possible close to children, opening kindergartens, visiting sporting events, promoting youth culture – anything that involves them. A psychoanalyst would no doubt be able to say more about Veliaj’s exorbitant attachment to the underaged, an attachment that perhaps is a reflection of the traumas of his own childhood, which he, in his own words, spent “selling figs on the street”; a childhood very different from Rama’s, who spent it within the privileged circles of the communist nomenklatura.

But, as the saying goes, the personal is political, and we would do well to understand the significance of Veliaj’s display of children from that perspective. The first thing that we should note is that children are not full-fledged political subjects: they have no right to vote, and have, so to say, no political opinion of their own. As such, by claiming them as an important aspect of his image, Veliaj does not pose a threat to his potential rivals, in particular Rama. Imagine a situation in which Veliaj was as close to the Albanian people as he was to children: the public and sincere displays of affection could be interpreted as threatening, thus posing a political risk. By choosing children rather than adults, Veliaj clearly signals to Rama: I am not fishing in your pond, I pose no political threat.

The sugar-sweet affection that Veliaj displays toward children has also started to metabolize into other aspects of his visual presentation. Most significantly, this is shown recently in his adoption of the “heart” logo of Comme des Garçons Play.

Apart from the legitimate question how a mayor could afford nearly a dozen of designer outfits on what remains a rather modest salary, the adoption of the Comme des Garçons Play style shows very clearly the underlying dynamics of Veliaj’s propaganda: he is not only a mayor “with heart”; he literally wears his heart on his sleeve, “playing” just “like the boys.” The brand also fortuitously resonates with the nickname he has given himself, Lali Eri, “Big Boy Eri.”

This externalization of Veliaj’s heart through fashion – nearly as if it had a mind of its own independent from his brain that continues to make “rational” decisions that often inflict harm on the city or the rule of law – became recently particularly visible during Valentine’s Day, when a fountain of red hearts flowed from the window of his office.

This overt-the-top display of affection and feigned vulnerability may be compared to the position of the abusive partner who tells you “but I love you” after beating you. Even though several of Veliaj’s policies inflict real pain and long-term damage on the city, his ostentatious affection for children and fashion proclaims a constant “but I love you.”

The reverse is obviously true as well: Veliaj desperately wants to be loved: hugged, embraced, and kissed by all Tirana’s citizens, just like the dozens of children that jump into his arms on a weekly basis. By contrast, Rama doesn’t need such affection: he seduces, insults, and shouts. The imagery that accompanies him shows him physically dominating every scene. It says: Rama is a genius; no one can understand him and his grand vision. Contrarily, Veliaj has no vision; he simply wants to be understood.

So finally, Veliaj’s children also signify a mediocrity, unformedness, and immaturity that are a reflection of Veliaj’s own. Veliaj wants to be a mayor in the same way that a child wants to be a firefighter or doctor: by playing comme des garçons. And because Veliaj merely wants to play being mayor, someone else can be the real one.