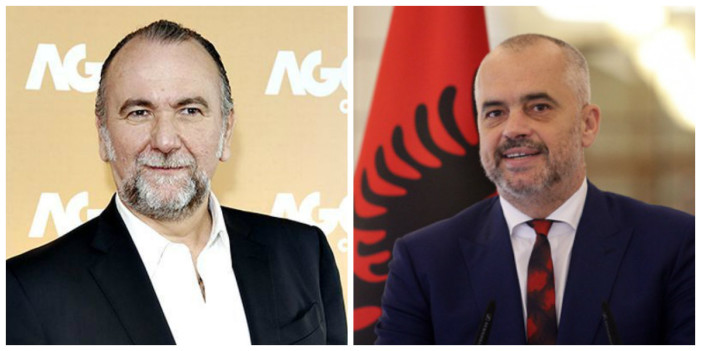 The International Centre for Settlement of Investment Disputes (ICSID) has concluded the arbitrage case opened by Italian entrepreneur Francesco Becchetti against the Albanian state. While the award rendered by the ICSID on April 24, 2019, has not been disclosed, Albanian media have circulated unconfirmed reports of  €110 million.

Prime Minister Edi Rama, when asked on TV program “Opinion” about the case, refused to disclose any details, citing a confidentiality agreement. ICSID awards are only made public if both parties consent.

Background of the conflict

The conflict between the government and Becchetti started after the 2013 parliamentary elections.

Meanwhile, in 2015, the Office of the General Prosecutor investigated Becchetti for tax evasion. Initally, the accusations related to tax evasion, forgery of documents, and money laundering to the amount of €39 million, but these were later reduced to tax evasion.

On June 5, the Tirana District Court order the freezing of all Becchetti’s assets, including the companies Energji, Cable System, 400KV, and Fuqi. The blockade also resulted in the closure of his media company AgonSet and the dismissal of about 500 employees of Agon Channel.

On June 8, an international arrest warrant was issued for Becchetti for tax evasion and fraud.

Becchetti, as well as a number of political commentators, qualified the investigation as an intentional attack of the Rama government, because of Agon Channel’s critical stance toward the government.

A tweet of Prime Minister Rama posted on June 9 confirms this: “decriminalization, a fig leaf that falls and leaves the PD uncovered when crime is struck at. Freezing the source of dirty money which fed Agon Channel is a success!”

It is about a massive money laundering scheme, which has been under investigation for a long period of time by the Government structures and it was reported for profound investigation to the prosecutor’s office. This is not connected at all with Agon Channel in the sense of a media outlet which is being fought against; because there is no greater shame to become the advocate of a screen [media], as regards freedom to inform, when the screen is switched on and off, set in operation through sources of dirty money. […]

I represent the Albanian government, the structures of the Albanian State, the structure of the Albanian executive power, which have carried out an investigation and reported an outrageous scheme of fraud and money laundering to the prosecutor’s office. I defend this belief because it has been formulated by State structures. I am not saying that there should be punishment or there should not be punishment, how to punish, how much to punish, whom to punish. I am talking as to why I have said that and why I stand by such belief.

On June 29, 2015, Becchetti filed a request to institute arbitration proceedings against the Albanian state at the ICSID.

In November 2015, Becchetti was arrested in London, and the Albanian government sought his extradition.

In July 2016, however, the Westminster Magistrates Court decided against the extradition, calling the government’s evidence “totally misleading.”

Initially, the government announced that it would appeal the decision. But in the last days before the deadline, it informed the court that it would forgo an appeal.

Up to November 2016, the Rama government has spent upwards of €4 million on legal fees through special decisions of the Council of Ministers (VKM), outside the control of Parliament.

The total costs of the case for the Albanian tax payer have not been disclosed.

Two Other Cases Pending at the European Court of Human Rights

Although the ICSID now appears to have come to a conclusion, Becchetti filed another court case against the Albanian state at the European Court of Human Rights (ECtHR) on October 21, 2015.

Based on the actions of the court and the public statements of Prime Minister Rama, Becchetti alleges that his right to be presumed innocent until proved guilty (ECHR §6.2) and right to effective remedy (ECHR §13) were violated.

The company Agonset, the mother company of Agon Channel, filed a separate case on June 27, 2015, against unfair competition procedures instituted by the Audiovisual Media Authority, which block Agon Channel from applying for a digital broadcasting license.

Both cases at the ECtHR are currently still pending.