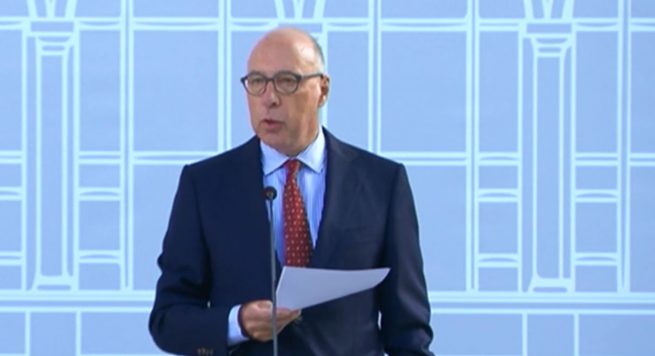 After nearly a month, the International Monitoring Operation (ONM) has answered to questions of Exit as to why the ONM did not forward the complaints of former High Prosecutorial Council member Antoneta Sevdari to the Special Appeal Chamber (KPA).

Sevdari’s complaints, lodged in May this year, alleged that two of the judges of the KPA did not fulfill the legal requirements to sit on the highest vetting institution, which is adjoined to the Constitutional Court.

Sevdari had lodged her complaints at the ONM, as required by the Vetting Law art. 17(2). However, the ONM judged that the Vetting Law did not “provide for a sufficient legal basis for initiation of disciplinary investigations”:

The [international observers] did not forward the complaints to the KPA as they consider that Article 16 of the Law no. 84/2016 does not provide for a sufficient legal basis for initiation of disciplinary investigations in the matters indicated below.

Art. 16 of the Vetting Law explains the disciplinary liability of the members of the vetting institutions, including the KPA, but the list does not include explicitly a nomination in violation of the law, as Sevdari alleges in the two complaints against Luan Daci and Ardian Hajdari.

Of course, the fact that Daci and Hajdari were possibly nominated in violation of the Vetting Law has an enormous influence on Sevdari’s case, and is relevant to our understanding of the KPA’s dismissal of Sevdari, but it appears that in the interpretation of the ONM, the Vetting Law does not offer the legal tools to deal with the situation.

This, then, brings us to a very disturbing question. If it is indeed the case that some members of the vetting institutions were nominated in violation of the criteria listed in art. 6 of the Vetting Law, who should deal with this case? The ONM has now told us that this cannot be the KPA itself.

What is clear, however, is that one or more persons abused their office in this entire story. According to art. 248 of the Penal Code, abuse of office is defined as follows:

Deliberate accomplishment or non-accomplishment of actions or failures to act, in violation to the law and constituting the failure of a person, who carries out public functions, to do his duties regularly, in cases when it has led to bringing him or other persons unjust material or non-material benefits or when it has brought damages to the legitimate interests of the state, citizens, and other legal entities, when it does not constitute another criminal offence.

The failure of one or more persons to act upon information that disqualifies some of the candidates for the KPA, whose judges enjoy equal status to judges at the Constitutional Court, would certainly fall under this definition.

So where to look?

Candidates on List A with a positive recommendation of the ONM automatically passed to the Final List, from which the Third Ad-Hoc Committee chose the final candidates of the vetting institutions by means of a secret vote.

But the final selection of the Third Ad-Hoc Committee was approved by Parliament. So are then all MPs complicit in this possible crime of nominating unqualifying members to the KPA?

Or should we go back in time, and blame the National Ombudsman for not including Daci and Hajdari on List B? Or the ONM for giving a positive recommendation?

The fundamental problem is that so many institutions – National Ombudsman, ONM, General Secretary of Parliament, two separate Ad-Hoc Committees, and the plenary session of Parliament – were involved in the election of Daci and Hajdari, that it nearly appears impossible to determine the point at which the process was derailed.

This then leads us to the core issue: if indeed Daci and Hajdari were elected to the KPA in violation of the legal requirements, is there any way in which they can be dismissed?

The entire architecture of the justice reform works against such a possibility. The vetting institutions are designed to be completely independent from the rest of the judiciary and other state institutions, and for good reason. But that also means that once a “rotten apple” has ended up in the seat of judge at the KPA, they appear to be there practically forever.

That is, of course, until the European Court of Human Rights in Strasbourg rules that the vetting institutions do not constitute an “independent and impartial tribunal,” at which point the whole vetting edifice will come crashing down.