Comment: Edi Rama and Erion Veliaj Are Not Socialists 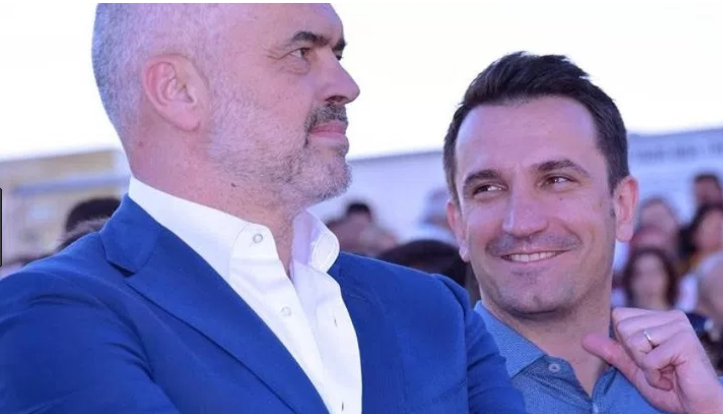 Edi Rama and Erion Veliaj are not Socialists, this is just a persona they have adopted to win over the favour of the international community and to encourage support from Western countries that genuinely subscribe to this political ideology.

These ‘Socialists’ are not about democracy and equality and are instead paving the way for a descent into societal chaos that has not been seen for 30 years.

I have predominantly been centre-left in my beliefs since I was young, but I cannot find anything within the Albanian Socialist Party that I can identify with. A direct descendant of the Communist Party, it seems they rebranded under a more Europe-friendly banner of “democratic socialism”, whilst still retaining the penchant for control, authoritarianism, and widespread corruption to the detriment of society.

Social democracy, which the Albanian Socialist Party claim to subscribe to is founded on the belief that politics, society, and economics should all support economic and social interventions with the aim of promoting social justice. In addition to this, social democrats have a commitment to participatory democracy, income redistribution, regulation of the economy, social welfare, and public services for the elderly and children.

It also believes in egalitarianism, eradicating poverty and eliminating the oppression of underprivileged groups- the opposite of what we have in Albania.

We live in a country where the so-called Socialist government is taxing the poorest members of society, bulldozing the homes of low-income families and not giving compensation, and selling off public land and services to private companies. We have a situation where playgrounds are destroyed to make way for luxury apartments, and where those that need the help most are regularly refused because of their political affiliation. Ethnic minorities remain persecuted and discriminated against and elected officials often spout sexist and homophobic nonsense in the public domain without reprimand.

We have a Prime Minister that lives in a multi-million euro house but cannot realistically or believably account for where the funds came from, and we have a Mayor that prances around kissing children, in designer clothing, despite being on a public servants salary. Ministers take private jets and live lives of luxury, they send their children to study abroad and drive cars that are worth two years of income, but of course, they are Socialists- the people’s people.

Propaganda is rife- fake news, misrepresentation of facts, plagiarism, media control, and using state employees to push their agenda under the threat of losing their jobs. Mayor Veliaj regularly lies about accomplishments or tasks that the Municipality undertakes, expecting Albanians to lap it up ad verbatim. Citizens are forced to attend rallies and share posts on social media and fake profiles are rampant in an attempt to make them seem more popular than they really are.

Over 10,000 people are still living in tents or unsafe houses after the earthquake, and in multiple municipalities, citizens have said they were refused assistance because they did not vote in the 30 June single party local election. The poor are getting poorer, the political elite is getting richer and those in between are desperate to leave the country.

Laws have been introduced that will give the government the power to listen, watch, monitor, detain, and penalise anyone that they want, for whatever reason, under the guise of “anti-corruption”. The special police and intelligence unit, reporting to the Prime Minister is there to strike fear into the heart of law-abiding citizens- a not-so-subtle reminder of what the government can do to you if you dare to speak up.

The courts of the country have been completely captured as a result of the failing justice reform and the last remaining office, not under the direct or de facto control of the Socialist Party is the President, and they are trying to impeach him as we speak. Ex-communists have been placed into prominent and powerful positions and the few good jurists feel an overwhelming pressure to rule in favour of the political class.

The elections are not free and evidence of vote buying, electoral manipulation, and voter intimidation have not been investigated. Ranked as a hybrid regime, no one really knows how many people actually voted for this government, and fewer have any faith in the upcoming general elections.

The Prime Minister’s favourite pastime is to abuse the media at any given opportunity- illiterate, prostitutes, parasites, human right abusers, and trash are just some of the names he has called journalists in the last couple of months. If that was not enough, his government is trying to push through a controversial law that will bring the whole of the only media under the control of his government, instilling fear and quashing critics. The Mayor, on the other hand, refuses interviews, doesn’t answer questions from the media and regularly abuses journalists both in public and when they dare to ask him directly for a soundbite.

When I asked him for a comment on the striking similarities between artwork put up in Blloku and that of French artist Le Clet, he responded by calling me a servant of “fascists”, Russia, and a troll. Now apart from the fact that this is not the behaviour one would expect from a civil servant whose salary I pay with my taxes, I want to draw attention to the claims he makes.

By saying I serve Russia, he is aligning himself with the liberal/left anti-Russia rhetoric as well as the policies and opinions of America. Of course, the Rama administration and its close friendship with the Russian-aligned Serbian administration have been glossed over here because it makes Rama and Veliaj more Western-friendly if they appear, at least on the surface to hate Russia.

His use of fascist also intrigued me. The Albanian Communist Party came to power, led by Enver Hoxha on 29 November 1944 after they drove out the German and Italian fascists from the country. The National Liberation Movement, self-styled anti-fascists gained support by offering citizens an alternative to the fascism gripping Europe, then imposing their own horrific regime that plunged the country into half a century of isolation and harmed and killed hundreds of thousands.

Veliaj’s positioning of himself as “anti-fascist” and that of opposing voices as “fascists” raises a number of red flags, especially for those who think there is a risk of history repeating itself.

My partner said something to me the other day that broke my heart. He told me that if the Socialist Party wins the 2021 elections, we will have to leave Albania as we cannot risk bringing up our children in an authoritarian regime. He is right, it will not be safe, we will not be safe, and there will be no future, as hope, security and dreams do not exist under a dictatorship. Albanians know this, hence why Rama, and his cabinet preside over a country where as many as 83% of the people want to leave.

I remember him once telling me “I will never leave because if everyone leaves, who will stay behind and fight?”. The problem is now that single-party rule, state capture, judicial capture, institutional capture, media capture and control, and now rules designed to instil fear and to control the masses means that the people’s mechanisms to fight back are being eroded every day.

These are not instances I have pulled from my imagination, they are well-documented and factual events that are taking place every day in this country. What bothers me the most is the fact that the international community- bar a few- is blind and deaf to it all. Whereas once Albanians looked to foreigners for help and support, now, more than ever they are realising that they are on their own.

For the diplomats who appear to support this government, I have one question-  if Albania sinks into full dictatorship again, do you want to be remembered as the ones that gave it a stamp of approval? Because if things continue in this way, there will be no Albania left, just a country full of ghosts ruled by authoritarians whose sole aim is to line their own pockets and relish in their own glory.

Albania deserves to join the EU and Albanians are European, but in this current situation, the chances of attaining it seems more and more like a distant dream.