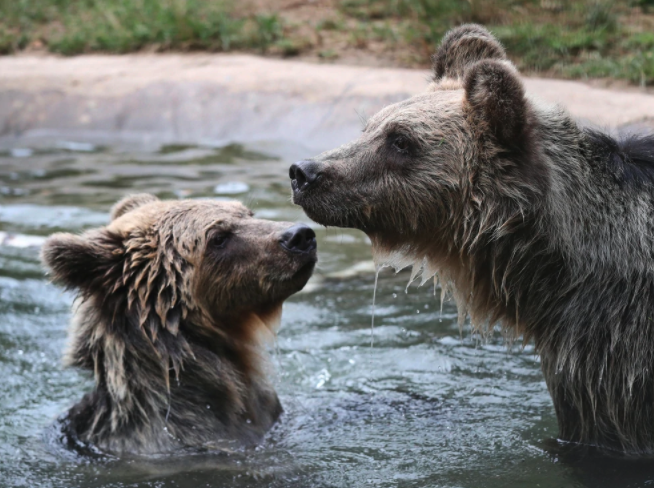 Two orphaned brown bear cubs that were rescued from Albania have found a new home in Kent, UK.

Lucy and Mish were found abandoned in Albania before being taken to a temporary home in Belgium. Thanks to fundraising efforts they were then transported to the Wildwood Trust in Kent to a “rich and stimulating home”.

The cubs were rescued by the Albanian Wildlife Rescue after being found at a few weeks old. It is believed their mother had fled disturbance from poachers or illegal loggers. Unable to survive on their own, they cannot be returned to the wild.

If more money can be raised, the cubs will move to the Wildwood Trust’s sister park, Escot in Devon.