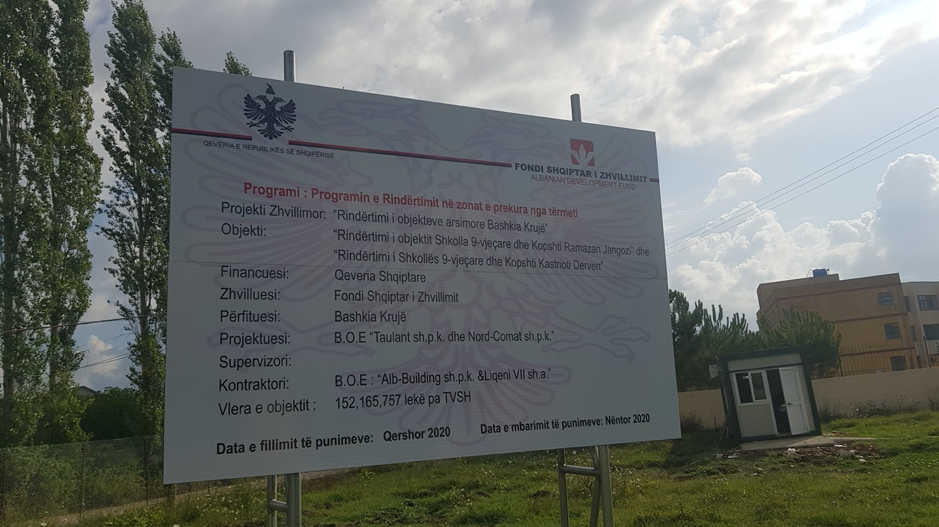 On December 30, 2019, Rama promised that schools, kindergartens, hospitals and health centres would be built from scratch before September 2020. He said the children in dilapidated schools would start the 2020-2021 school year in new premises “much better than those they had before the earthquake”.

Then on 16 March, Rama said that every day they were issuing a public call for tenders to build schools.

One month later, Rama and the Minister of Reconstruction Arben Ahmetaj said the latest that schools would be completed by the end of December 2020.

On 12 August, Rama posted on Facebook that 143 schools would be rebuilt from scratch and ready by 2021.

Faktoje went to visit some of the damaged schools in Thumane, Fushe Kruje, Durres and Tirana. They visited “Neim Babameto” in Durres, which Rama has posted about recently and is supposedly in the advanced stages of works. The school will not be finished by the deadline of September and has been postponed until December.

According to photos taken by Faktoje, the building’s skeleton is still under construction. A December deadline seems unlikely.

In Thumane, the area where the ‘Ramazan Jangozi’ school is due to be built remains empty. The deadline for its construction is November. For the “16 Shtatori’ school in Shijak, construction had started but the project was nowhere near completion with a deadline in September.

In Fushe Kruje, construction had started on the ‘Kastriot Derveni” school, yet work was nowhere near completed. The deadline was set for November.

In Tirana, ‘Sami Frasheri’ school has been left in ruins since it was demolished. No work has been started on its construction.

‘Qazim Turdiu’ and ‘Laasgush Poradeci’ schools have not even been demolished, much less reconstructed after they were deemed unusable.

It is not clear how the government will build 143 schools by September, November, or the end of the year.