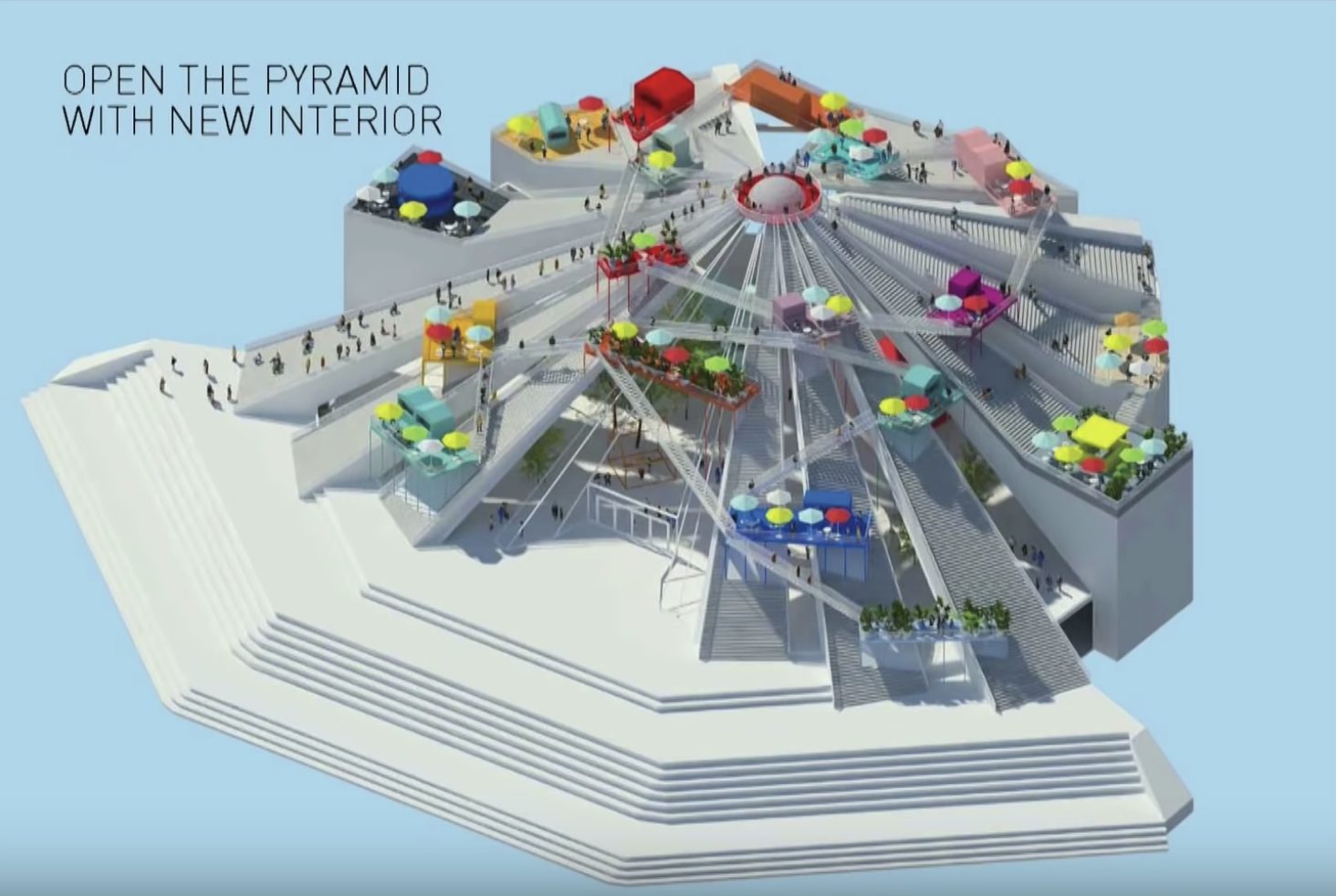 On 4 August, the Municipality of Tirana opened the tender for the reconstruction of the Pyramid. The plan is to turn it into a technological education centre for young people, as per a project conceptualised by the company Wini Maas.

The value of the works to be contracted is around € 14 million, and the interested companies had until 2 September to submit bids. This deadline has passed but there is still no public information about who participated in, or won the tender.

Open Data Albania has published the criteria for qualification and evaluation of bids, drafted by the Municipality of Tirana. A quick review of it shows that the selection criteria is narrow and could be construed as restricting competition in favour of certain companies.

The Municipality of Tirana requests that the competing companies have previously performed similar work with a cost of 50 per cent of the fund for the construction of the pyramid, ie about € 7 million, or have performed in the last three years similar work with a total value of € 27 million.

The criterion “similar work” is not defined in terms of reference and is left to the subjective judgment of the evaluators.

If “similar projects” were to be interpreted as socio-cultural objects, then an object worth at least € 7 million in the last year, or some objects with a total value of € 27 million in the last 3 years, the only companies that could compete would be those that built the Air Albania Stadium, the Olympic Park, rebuilt the Opera and Ballet Theater and the Art Turbina Theater.

In addition to these two criteria, the winning company must have had at least 200 employees over the past year, verified by their tax returns.

It is not clear why this criterion was deemed necessary as many construction companies outsource work and very few have that number of full-time, permanent staff. Based on this criterion, only Albstar is likely to meet it and it seems unlikely that Agikons and Eurocol would be able to.

Based on this criteria, it seems likely that Albstar will win the tender or a merger of Albastar with another company or companies.