Students in Elbasan Protest Over Lack of Heating in Schools 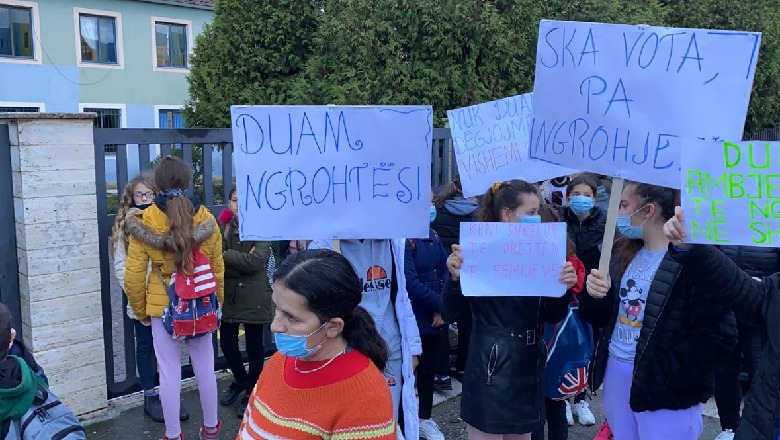 Students in Elbasan are protesting against the lack of heating in a nine-year-school today. Classes have resumed after the festive holidays.

A number of students have assembled outside the Europa school holding “we want warmth” banners and boycotting classes. Some parents have joined them, telling the media that their children have to wear extremely thick clothing to school in order to keep warm.

They said they will not withdraw from the protest until the requirement of heating in the school is met.

Exit has previously reported on the fact that many of the 200 schools in the region of Elbasan do not even have running water or proper toilets.

Teaching has been suspended in another two Elbasan schools due to heavy rains. In one school, the roof collapsed due to the weather and in another, the rising level of a nearby stream poses a threat to safety.