Swathes of Land in Lezhe and Shkodra Underwater 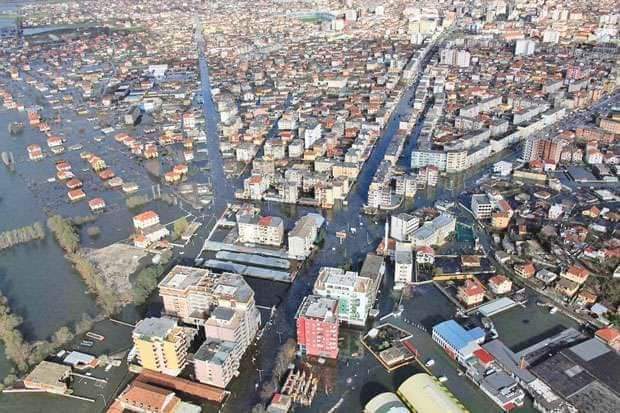 Some 2600 hectares of land have been flooded in Lezhe due to the recent heavy rain.

In an official announcement, the Municipality of Lezhe said that around 2600 hectares of farmland have been affected in Lezhe and Kurbin.

In addition to this, some 37 families have been evacuated from their homes.

Yesterday, the Municipality of Shkodra announced that 1823 hectares of land are underwater. They also observed that the level of water in Lake Shkodra had increased near the towns of Livadeve and Dobrac.

In the central and southern areas of the country, Elbasan was widely effected and several schools closed. Many parts of Vlora were also flooded as the Vjosa River threatened to burst its banks.

Albania has been battered by heavy rains for around one week. The forecast suggests another two days of wet weather before a sunnier and drier weekend.