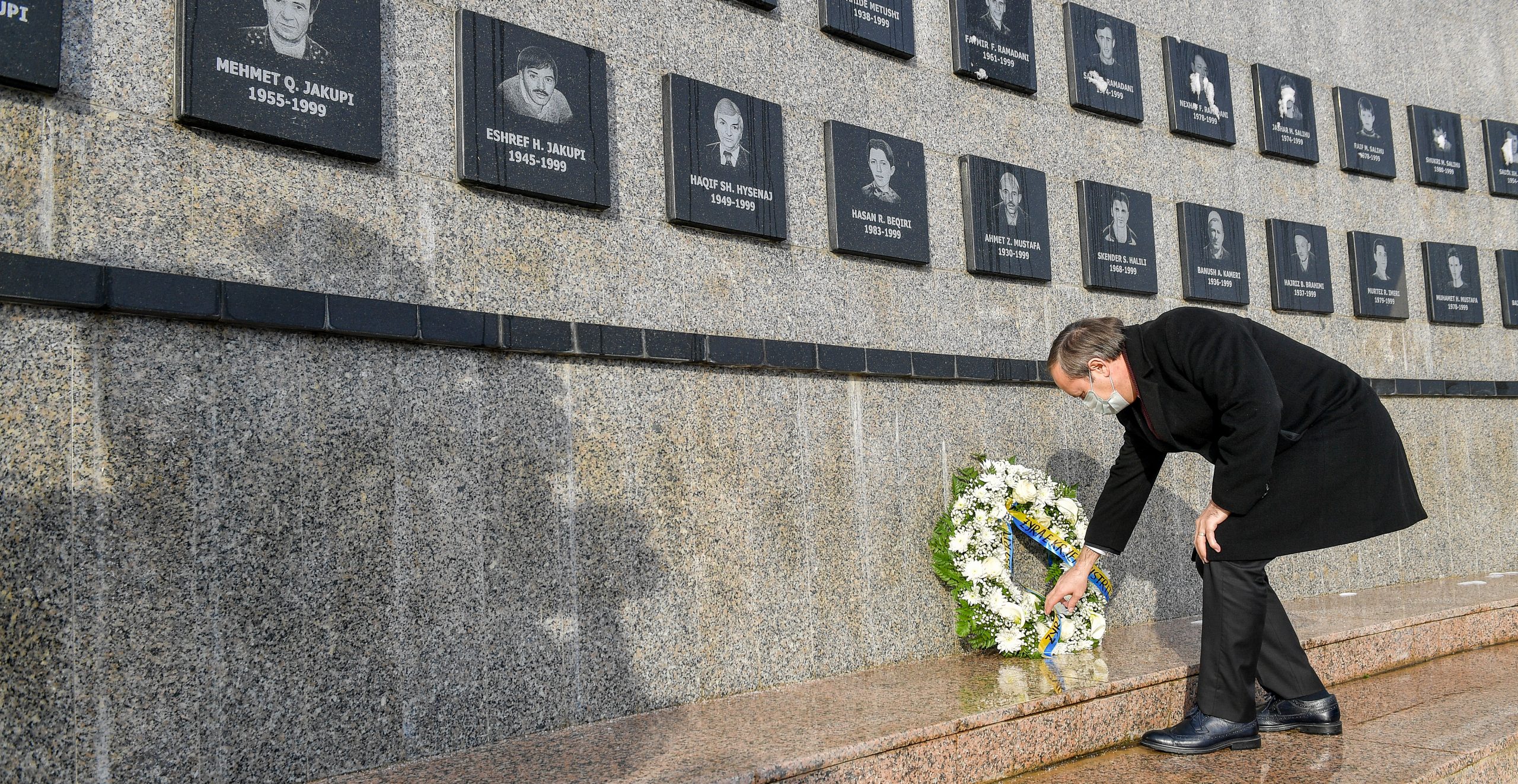 The outgoing Prime Minister of Kosovo, Avdullah Hoti visited Recak village, where 22 years ago the Serbian police and military carried out one of the worst massacres during the war.

Hoti said that the victims of this massacre will not rest in peace until the perpetrators receive the punishment they deserve.

On January 15, 1999, during the Kosovo war, 44 unarmed Kosovo Albanians were murdered by Serbian troops. The Recak massacre was witnessed by the head of the OSCE mission in Kosovo, William Walker.

He was the first international official to state there was “crimes against humanity” happening in Kosovo while visiting the crime scene in the village.

This statement was one of the key moments that led to the NATO bombing campaign against former Yugoslav President, Slobodan Milosevic’s forces.

“Many macabre crimes have been committed in Kosovo, but this location is more special. This event sensitized the world about the situation, the terror and the killings that were happening in Kosovo for years,” Hoti said.

The commemoration in Recak is the first event where the Acting President, Vjosa Osmani and the Vetevendosje’s candidate for Prime Minister, its leader Albin Kurti went together one day after announcing they will run in a joint election list.

Omani said that Recak is the place where Serbia’s intention to exterminate the Albanian people was finally proven.

“Evidence of the Serbian genocide can be found all over Kosovo, so it is never too late to talk about these crimes anywhere in the world so that the world can turn its eyes to these crimes,” Osmani told media.

Kurti said that those who gave orders and also the executors in many cases during the war in Kosovo are known by name, and it is the duty of the state and the international community to convict them.

“There can be no lasting peace as long as there is no justice that brings rehabilitation to the victims and conviction for the criminals,” said Kurti.

Prime ministerial candidate of Democratic Party of Kosovo (PDK), Enver Hoxhaj said that it was never thought that commemorating the victims would be without the Kosovo Liberation Army leaders who are facing war crimes indictment in The Hague.

“Every Albanian, every European should know that those in The Hague represent our cause for freedom. Our path to freedom was difficult, our existence as a state came from brave citizens and hard workers. It is our duty to continue the sacrifice and to resolutely build a modern Kosovo,” Hoxhaj said.

The head of the Alliance for the Future of Kosovo and former Prime Minister, Ramush Haradinaj while in Recak said “Freedom has a name”, a slogan that has been used since the KLA leaders were arrested by The Hague- based Kosovo Specialist Chambers.

“Freedom has a name, it has Prekaz, it has Recak, it has the graves and the sufferings and pains of those whose loved ones are their foundation of freedom. Eternal glory,” Haradinaj said.