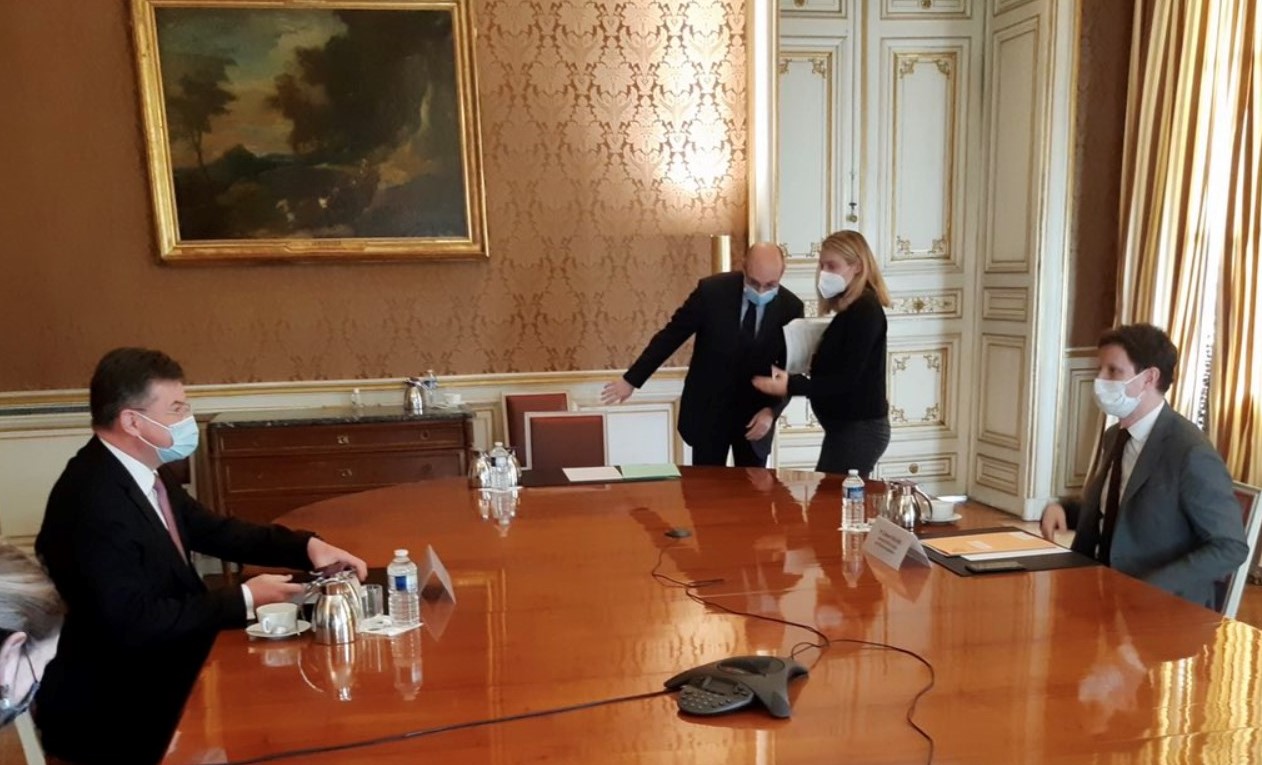 “I am very happy about the strong support of my French interlocutors,” Lajcak wrote on Twitter.

Great to start my week in Paris 🇫🇷! It was a good opportunity to exchange views on the Belgrade-Pristina Dialogue and the year ahead. I am very happy about the strong support of my French interlocutors. pic.twitter.com/tBxb6VbMi2

President Emmanuel Macron of France, alongside German Chancellor Merkel, have been pushing both sides to reach a final agreement.

The last meeting on the dialogue was held in Brussels on December 10. The teams from Kosovo and Serbia were unable to agree on how to deal with the cadaster and pensions.

The government of Kosovo has been participating in the dialogue to get Serbia’s recognition, despite repeated statements by Serbia’s leaders that they will not recognize the country.

In December, President Aleksandar Vucic said that recognition of Kosovo is up to the Serbian people to decide after elections in 2022.

The so-called dialogue for the normalization of relations between the two countries has been ongoing for 10 years.