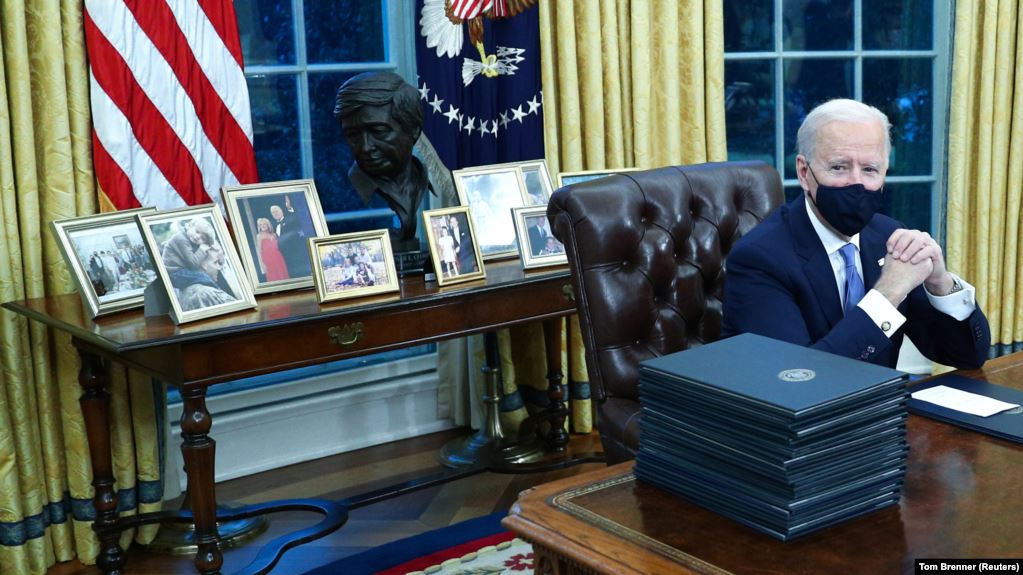 United States of America will support the Kosovo-Serbia dialogue mediated by the European Union.

The administration of the newly elected US President, Joe Biden told Radio Free Europe that a comprehensive solution is important regarding Kosovo- Serbia dialogue.

“The solution will lead to mutual recognition, will preserve sovereignty and will strengthen democratic institutions,” Biden administration said.

On Wednesday, outgoing Prime Minister Abdullah Hoti of Kosovo sent a letter to the US Secretary of State Anthony Blinken, expressing commitment to working with the US to reach a normalization agreement with Serbia, based on mutual recognition.

March 2021 marks 10 years since the start of the dialogue between the two countries.

The dialogue was suspended at the end of 2018, following the imposition of a 100 percent tax on Serbian goods by Kosovo’s government led by Ramush Haradinaj.

Albin Kurti later removed the tax and imposed reciprocity measures with Serbia, which were later removed by Avdullah Hoti in order for the dialogue to continue.

President Trump appointed Richard Grenell as special envoy for the dialogue, who pushed forward a parallel process with that  mediated by the EU. On September 4, 2020, Serbia and Kosovo signed  separate pledges on economic normalization at the White House.