In September 2020, Edi Rama wrote on  Twitter  that hydropower plants on the Vjosa would not be built. Three months later, on December 28, 2020, the National Council of the Territory (KKT) chaired by him, approved the new boundaries of protected areas.

The KKT meeting was held in secret. The announcement on the website of the Territorial Development Agency (TDA) was published a day later when the meeting was over.

The information served indicated only the order of the meeting, but not the content of the decisions taken. Although the legal deadline for the clarification of the latter has passed, the publication, so far, remains a secret.

But the maps submitted to KKT, provided by Porta Vendore from sources that possess accurate technical information to the country’s planning agencies, reveal that the Vjosa River on which the controversial Poçemi and Kalivaç hydropower plants are planned to go ahead with being built.

Another territory, along the southern border of the Karaburun Reserve, part of the protected area, was stripped of its protection status.

The first assessments after the inspection show that a part of the territories has been “surrendered” to the development pressure, questioning the compatibility of the assessment with the protection mechanisms of the protected areas.

Specifically, in the Vjosa-Narta Protected Landscape, the proposed boundaries represent an extension along the Vjosa bed that ends near Poçemi, but without reaching the geographical coordinates on which the Poçemi hydropower plant is planned to be built.

Further, the zoning near Narta Lagoon leaves out the olive groves east of the Complex, lowering the boundary near the highway. 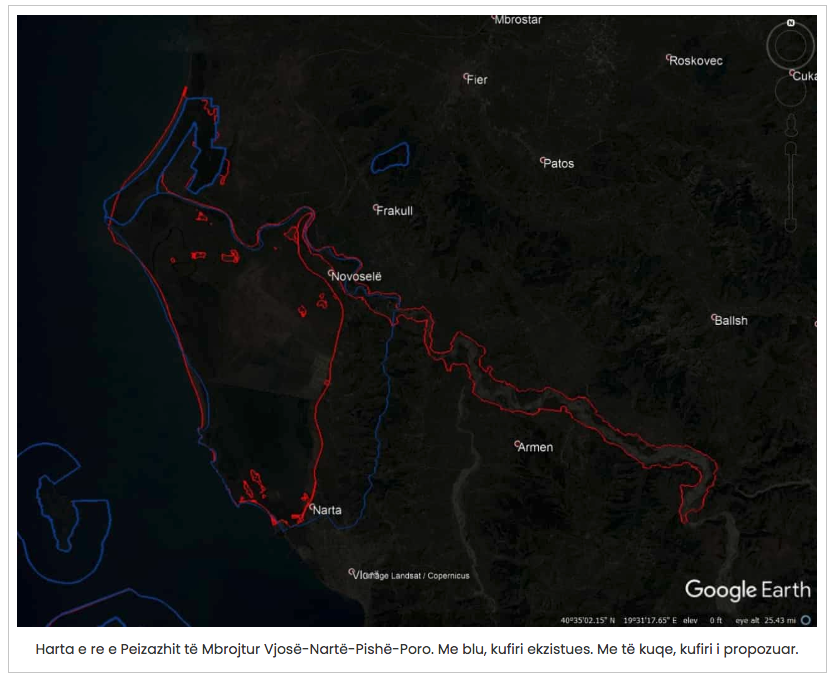 The Upper Vjosa Stream, as Porta had previously announced, gains the status of “Protected Landscape”. The border includes the Vjosa bed and a spare area along all shores, with borders, from Çarshova in the east and somewhere near Drinos in Gjirokastra, in the south. Later, the wings join in Tepelena and end in Memaliaj, but far from the geographical coordinates on which the Kalivaç hydropower plant is planned to be built.

EcoAlbania, the most prominent organization in the protection of rivers in Albania, especially the Vjosa, had proposed under the protection status of the national park, the total declaration of the river. According to the organization, the exclusion of the Pocem and Kalivaç hydropower plants from the announcement would destroy the natural integrity of any possible river park that would be approved, rendering it invalid. 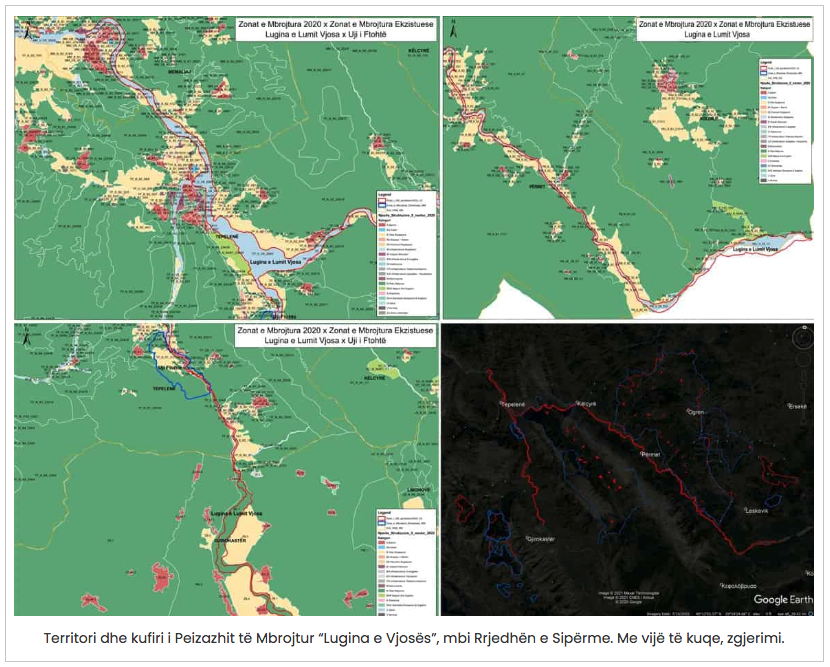 In the south of Karaburun, on the border with the private residence “Green Coast”, the protection status of tens of hectares has been removed, within which is located the landfill of the company “Green Coast”, finally confirming what  Porta reported last summer, that the future of this genuine natural habitat, with high biological diversity, centuries-old conservation, was predetermined, first with a violation, and then by legitimizing it, in favor of a company that continues to build its private residence. 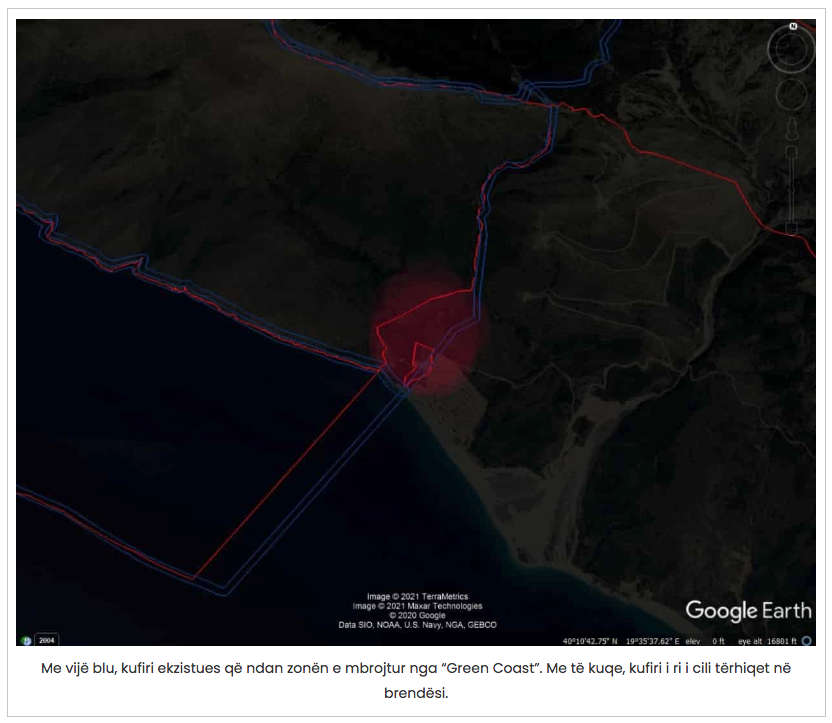 The resonance process, the most important operation of the protected area administration since the establishment of the National Agency for Protected Areas (NAPA) in 2015, started about a year and a half ago.

Although the discussions between the groups and the environmental experts passed a number of public hearings, the final maps, the ones that constituted the most valuable product of the process, which only a few days ago were submitted to KKT, never became known.

Thus, with his September Tweet for the non-construction of hydropower plants on the Vjosa, the Prime Minister has confirmed a lie. Furthermore, the act of the National Environment Agency (KTA), rejecting the request of the company “Ayen Alb” to build the dam and hydropower plant of Kalivaç, through the cancellation of the Environmental Declaration, has a temporary force and does not deprive the company of submitting a new request.

The Ministry of Tourism and Environment has proposed and the KKT has finally decided to leave the Vjosa out of protection, exactly where the hydropower plants are planned to be designed and built.

Other territories have been liberated from protection, paving the way for possible intensive development.

Over the past two decades, protected areas have been part of a fierce conflict between conservation and development efforts, a conflict that will continue, with more clashes, more effort, and, as always, more dilemmas.

But one is good to share right now: what is important, to renew what we have lost, because we failed to protect it, or to strengthen the administration of protected areas to protect the new borders.

Translated with permission for Exit.al/en