In a letter to Serbian President Aleksandar Vucic on Friday, Biden congratulates Serbia on its national day on February 15.

“We remain steadfast in our support for Serbia’s goal of European integration and encourage you to continue taking the hard steps forward to reach that aim – including instituting necessary reforms and reaching a comprehensive normalization agreement with Kosovo centered on mutual recognition,” Biden wrote in the letter published by the website of Serbia’ President’s Office.

In reaction to the message, Vucic told journalists that Serbia is ready to continue the dialogue with Kosovo but it will not recognize it, Serbian news agency Tanjug reported. He said this request is a new policy by the United States, which is not found in any international document and which he respects, as he respects the positions of Russia and China who oppose Kosovo’s statehood.

Vucic vowed not to sign a document recognizing Kosovo. 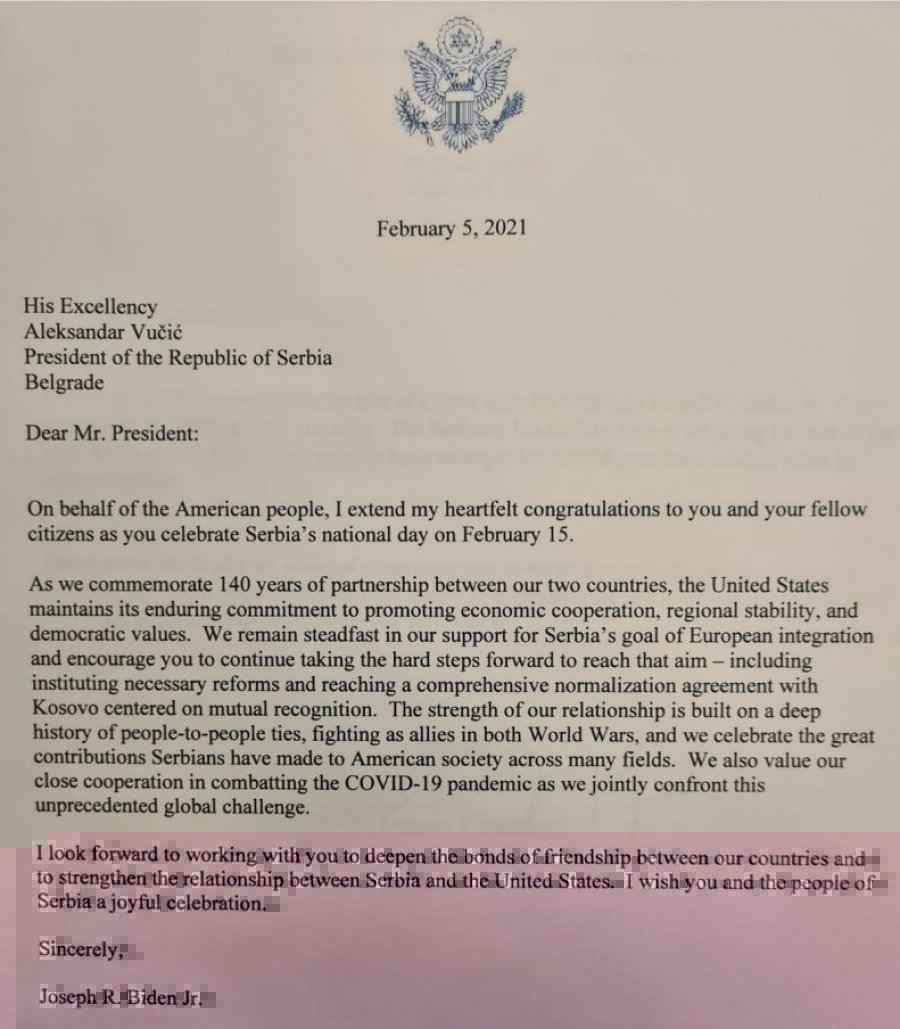