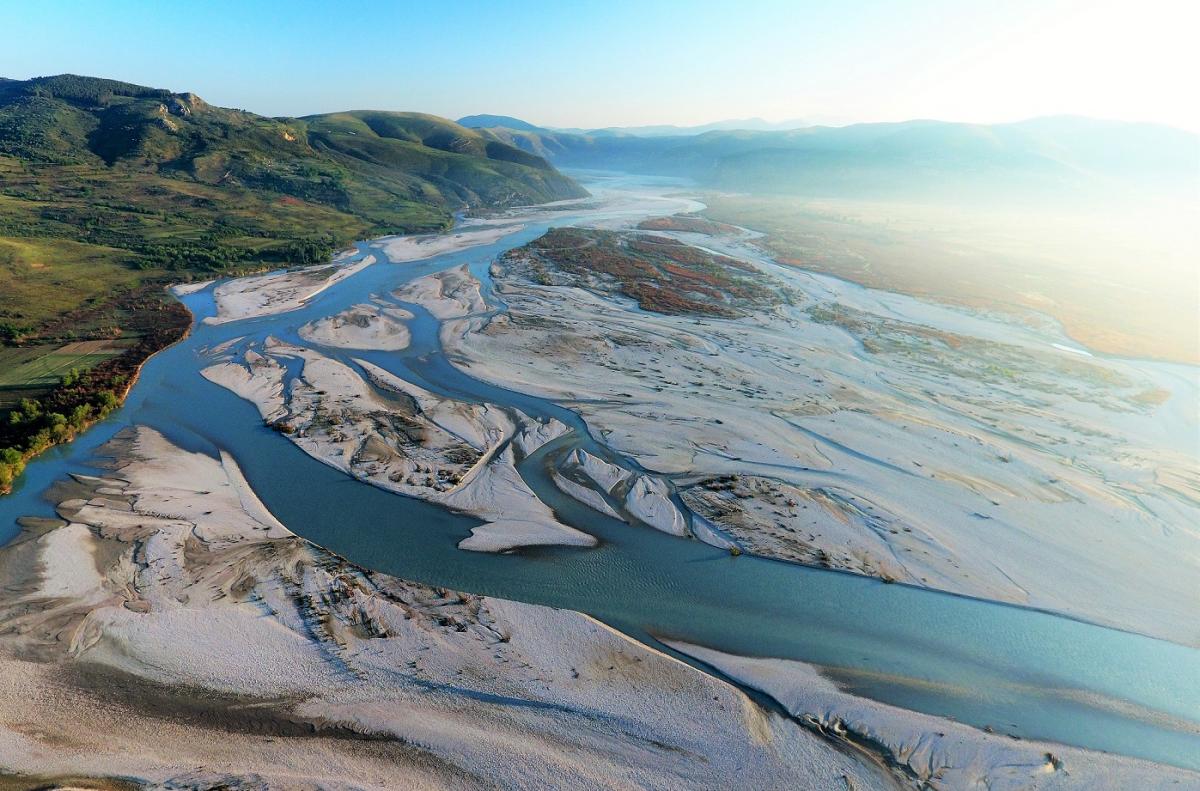 The “Proposal for establishing the Vjosa Wild River National Park” was compiled by the Eco Albania organization, and was sent to the Ministry of Environment and Tourism last week.

It aims to categorize Vjosa Wild River a National Park, meaning not allowing any dams or hydropower plants (HPP) to be built along it’s 192 km outstretching within the Albanian territory.

Exit has been informed by a reliable source that the government is scheduled to meet this week to “revisit and redefine protected areas in Albania”. It is believed that this proposal and the Albanian Alps project could be on the table. This would see the area protected from HPP projects.

The source stated that resistance is ongoing from the Ministry of Energy which wants small-scale HPP rights to be included in the new park. HPPs are allowed to be constructed in protected areas, but not national parks.

Seemingly the government is pushing forward it’s agenda to have HPPs built by putting dams along the river but this time decreasing them in size.

The international protected area standards transposed in Albanian Law recommend the establishment of the IUCN protected area category II – National Park for those areas where native biodiversity is maintained and the area is overwhelmingly characterized by unmodified ecological processes.

The Law “On Protected Areas” defines the designation, protection, administration, management and sustainable use of protected areas and their natural-biological sources. It states that the National Park can be declared on “extensive areas, usually not less than 1,000 hectares, unique for their national and international values, protected and managed for the protection of ecosystems, species, education and recreation (leisure, entertainment) and where the sustainable use of resources by humans is regulated.”

For almost a decade various groups have fought against Albanian government’s plan to build 8 dams  along the river, threatening it’s unique wildlife recognized by scientists and environmental experts. The plan was condemned by many, including film actor Leonardo DiCaprio. Several documentaries helped increase the awareness of Europe’s Blue Heart, specifically One for the River: The Vjosa Story and The Undamaged  by LeeWay Collective.

The Balkan region—richly diverse in cultures, languages and history—is home to the last wild rivers on the European continent. The region truly is the Blue Heart of Europe.

The Vjosa is not just one of many similar rivers in Albania. It has a rich biodiversity which is complemented to the outstanding value of the largely pristine water regime along the entire river, which underlines the importance of the Vjosa River as the last unaltered branched river ecosystem at the Europe level.