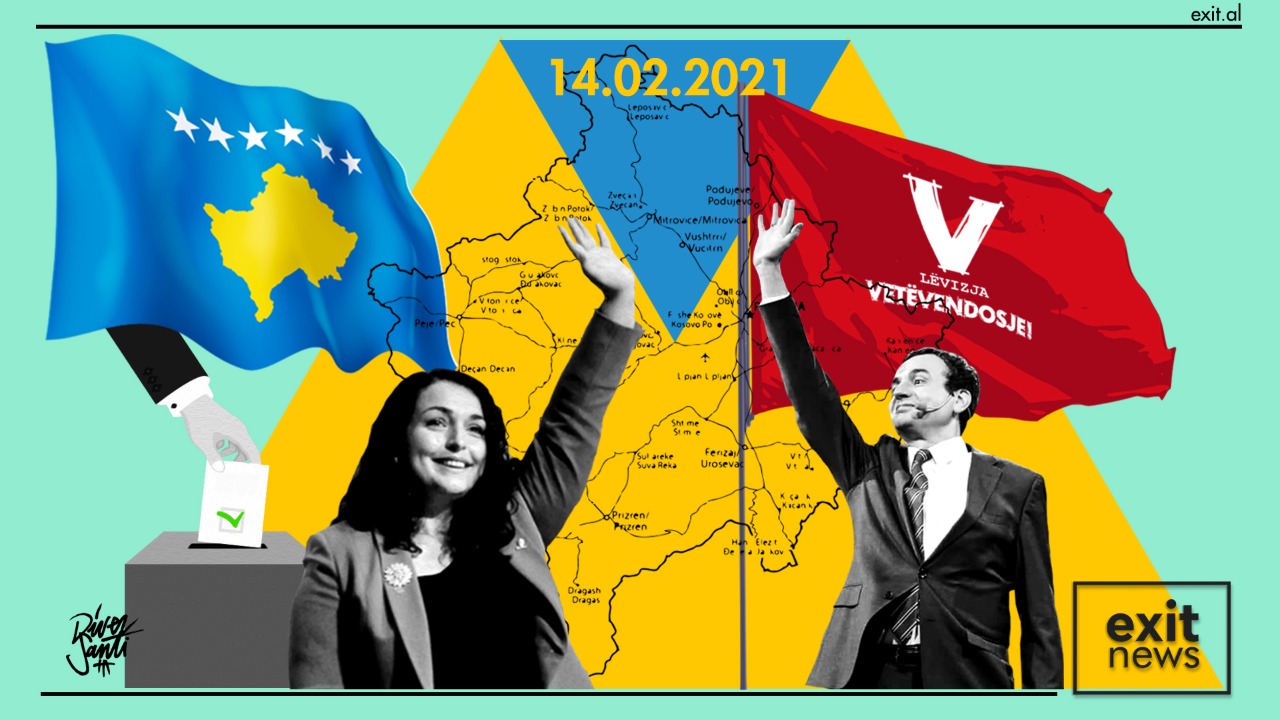 Kosovo’s Vetevendosje Movement has won in the Sunday early parliamentary elections by a landslide. With more than 90 percent of votes counted until 1:00 am, it got over 300 thousand votes, or 47.75 percent.

A similar result in elections by a Kosovo party was registered in 2001 by the Democratic League of Kosovo led by former President Ibrahim Rugova, with 48 percent.

Vetevendosje was followed by the Democratic Party of Kosovo (PDK) with 17.3 percent of votes, LDK with 13.4 percent, and Alliance for the Future of Kosovo with 7,4 percent. NISMA will not enter the parliament as it failed to pass the 5 percent electoral threshold.

Albin Kurti, Vetevendosje’s leader and candidate for prime minister, told supporters on Sunday that today’s elections prove to be a referendum, “unprecedented in post-war Kosovo”.

“Tomorrow begins a new day, a lot of work and commitment awaits us because the country is in crisis. We have a good and noble goal and I will be open to everyone. We will not take revenge on anyone but we will demand accountability,” Kurti said.

Acting President Vjosa Osmani, who led the LDK list in the 2019 elections but now run with Vetevendosje, called the win a historic moment.

“If there is still anyone among you who thinks change is impossible, today’s plebiscite victory is the answer,” she said.

Osmani send a message to her former party, LDK, where she build her political career but then left due to disagreements after her party ousted the Kurti government less than two months after their coalition run the government in early 2020.

“I very much hope that this result is a lesson for the LDK but also for other parties that a promise given to the citizens should not be broken,” she said.

The leader of PDK, Enver Hoxhaj congratulated the winner, and announced that they will lead the opposition in parliament.

Isa Mustafa, LDK’s leader stated that his party will analyze the election result, after their votes were nearly halved, and praised outgoing Prime Minister Avdullah Hoti for the campaign.

Hoti also had a brief press statement in which he took responsibility of the unexpected result.

Over 1,000 candidates ran for the 120 seats in Kosovo’s parliament, 20 of which are reserved to minorities.

The Belgrade-backed Srpska Lista won in the 10 seats reserved for Serbs, according to its leader, Goran Rakic. “This is a victory of Serbian unity and harmony. This is a proof that we want to remain ourselves,” he said.

Today’s preliminary results do not account for diaspora and conditional votes.