Exit Explains: €102 Million on Road Maintenance, So Where Are the Snowplows? 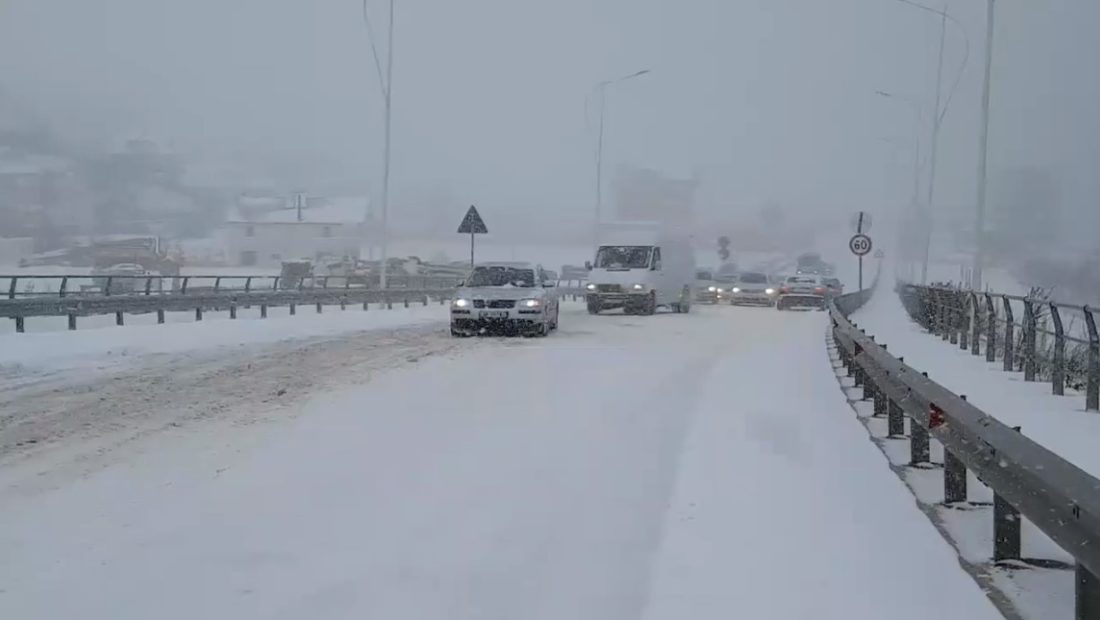 Over the last five years, the Albanian government spent EUR 66 million on national road maintenance. It’s also contracted to spend another EUR 36 million in the next four years. Despite this substantial investment, Albanian roads were blocked and impassable for hours during recent inclement weather in the country.

The Albanian Road Authority (ARA) previously announced that measures taken by the government for the winter will guarantee the safety and quality of roads in any weather condition.

This includes the commitment of 500 vehicles, snowplows, and other heavy equipment, 5000 tons of salt, and 1200 employees who are on standby throughout the country.

Over the weekend, Albania was hit with a snowfall. There was a lack of snowplows and in some cases, salt was applied to the road via shovels, from the back of old transport trucks.

The territory of the country was divided into two major regions: north and south. Each of them was divided into 14 and 13 service contracts, one for each national road segment. The total value of all contracts was € 36 million with a duration of four years.

These maintenance contracts were initially implemented in 2015 within a World Bank project, for a period of five years with a total value of € 66 million.

According to the World Bank, contracts are based on the “performance” of companies meeting the objectives and standards each month.

After the completion of this project, the model of these contracts began to be implemented by ARA with funding from the state budget.

The terms of the contract were clear, written in the contract between ARA and the companies that won the tenders.

On road axes that need winter maintenance, the company must ensure the road is not blocked by snow or frost. Roads at risk of this must be treated to ensure that ice and frost don’t form (as much as possible) and that there is a normal and risk-free circulation of traffic.

The contracting firm must submit a monthly report to ARA on compliance with the standards laid out in the contract. ARA should verify the report through field inspections. After the inspection, ARA will authorize the monthly payment.

To oversee the implementation of contracts, the government contracted three supervisory companies on January 5, 2021, paying them a total value of about EUR 1.6 million.

But despite the millions paid and despite the supervisory measures in place, all the country’s main axis was blocked for hours by a forecast snowfall.

Yesterday, the prosecution in Lezhe announced it was investigating the concession for maintenance on the Milot-Lezhe road. On Saturday, citizens were stuck on a section of the road in freezing conditions for more than five hours. The absence of interventions with snowplows and salt led the prosecution to open an investigation against the company responsible, Geci Shpk.

The Minister of Infrastructure, Belinda Balluku stated that the blocking of hundreds of vehicles on the Milot-Lezha axis did not come as a result of the snow but the breakdown of heavy vehicles. She claimed the government had done its best to prevent any issues.