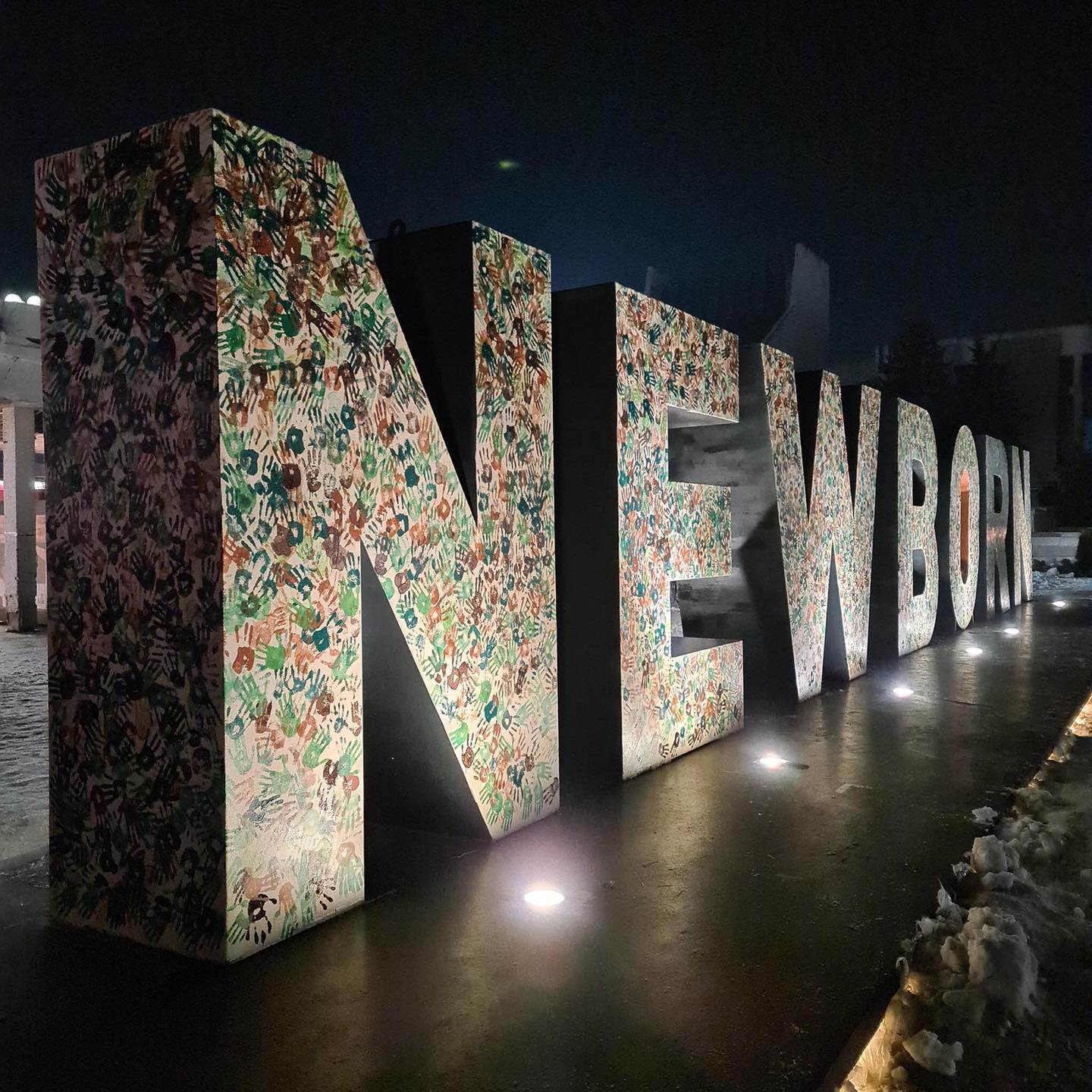 The famous NEWBORN Monument in Kosovo’s capital of Prishtina has been painted with army uniform patterns to honor the Kosovo Liberation Army (KLA). It was painted by hand, by citizens at a time when several KLA leaders are facing war crime indictments in The Hague.

“At a time when our dignity and the pure war is being violated like never before, it is the last moment for us all to come together and show the world that we all bring peace, with a lot of sacrifices,” the creator of the monument, Fisnik Ismaili said.

“It was the war that changed everything, for us to live free today. We once paid dearly for it, so today we consider it sacred,” he added.

From February 14, citizens had the chance to leave their handprints with army colors in each of the monument’s letters as a sign of respect, love and support for the KLA’s part in the war.

The new design of NEWBORN marks the 13th anniversary of Kosovo’s Independence – a tradition that started in 2013 when the monument was painted with the flags of each country that had recognized Kosovo as an independent country.

The monument was installed on the day Kosovo declared its independence in 2008, showing a newborn country. It was painted yellow until 2013.

Since then, the creator changes the design every year to give a new message, always including citizens in the process.

The NEWBORN monument in Pristina is one of the most iconic and most visited monuments of Kosovo’s modern history.