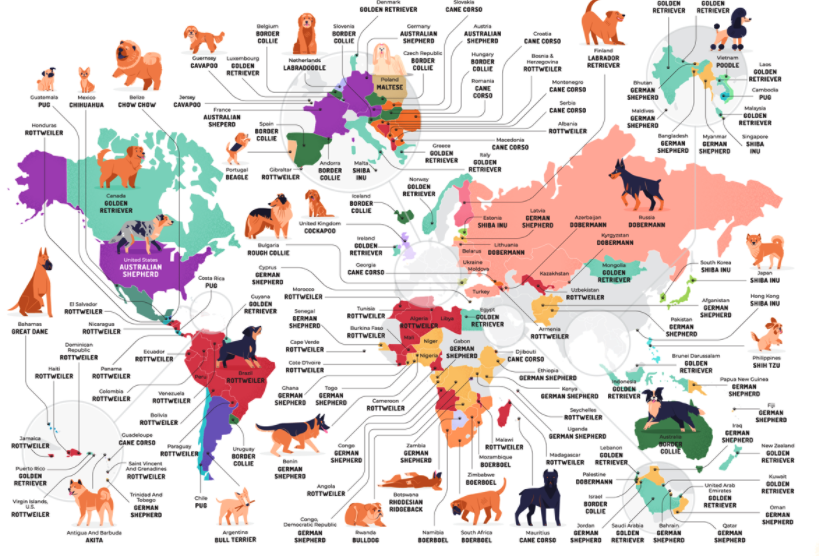 The number one preferred breed of dog in Albania is the rottweiler, according to data from Householdquotes.co.uk.

German in origin, the Rottweiler was previously used to herd livestock and pull carts but is now used as a guard dog and companion animal. It is the number one dog in 34 countries worldwide.

Throughout most of the Western Balkans including North Macedonia, Serbia, Montenegro, and slightly further afield Romania, the Cane Corso takes the number one spot.

The Cane Corso is an Italian breed of mastiff primarily used for protection, tracking, as a guard dog, and in law enforcement. With an average weight of around 50kg and a maximum height of 70cm, it can be formidable in an altercation.

The breed is also banned in England, Ireland, France, Canada, and Germany due to the belief that it is dangerous. Yet, it is one of the most popular dog breeds in South-Eastern Europe.

Neighboring Greece however, opted for a slightly friendlier breed, the Golden Retriever, similar to Italy, whereas Hungary prefers the Border Collie.