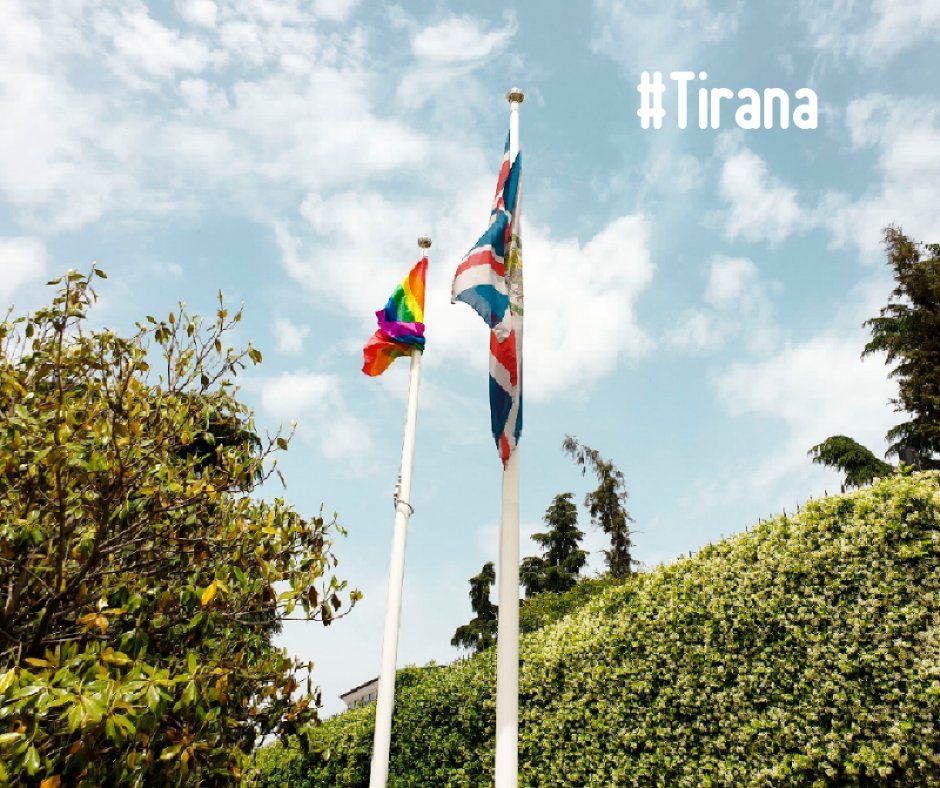 The British Embassy in Tirana has hoisted the LGBT rainbow flag alongside the national flag in Tirana.

In a post on Twitter, the Embassy stated they have done so as a symbol of solidarity with the LGBT+ community.  They continued that the Embassy is working to end violence and discrimination against LGBT+ people.

The #LGBT 🏳️‍🌈 is flown in #Tirana and across the 🌏 at 🇬🇧 embassies, as a symbol of our solidarity with the LGBT+ community.
The 🇬🇧 is working to end violence and discrimination against LGBT+ people. Everyone should be free to express their ❤. #LGBTHistoryMonth pic.twitter.com/YZTZpBwxeX

“Everyone should be free to express their love”, they added.

The Embassy used the LGBT History Month hashtag. The month of February is a month of observance of LGBT history, activism, issues, and civil rights that was founded in the US in 1994.

The situation for LGBT individuals in Albania continues to be hostile. Half of Albanian LGBT individuals have experienced psychological violence and bullying, and one in five have been sexually harassed. This is according to data amassed by Aleanca LGBT and published in the IGLA Europe Annual Review.

Additionally, there was an increase in the number of violent attacks and instances of discrimination, fuelled by the COVID-19 pandemic. They reported on 16 cases of rape and 33 cases of physical violence during 2020. Furthermore, 25 people reported being blackmailed over their LGBT status and 16 said they were fired from their jobs for this reason. Only 7% took legal action.

LGBT people were also at risk of being publicly attacked and discriminated against by politicians, public people, and in the media.