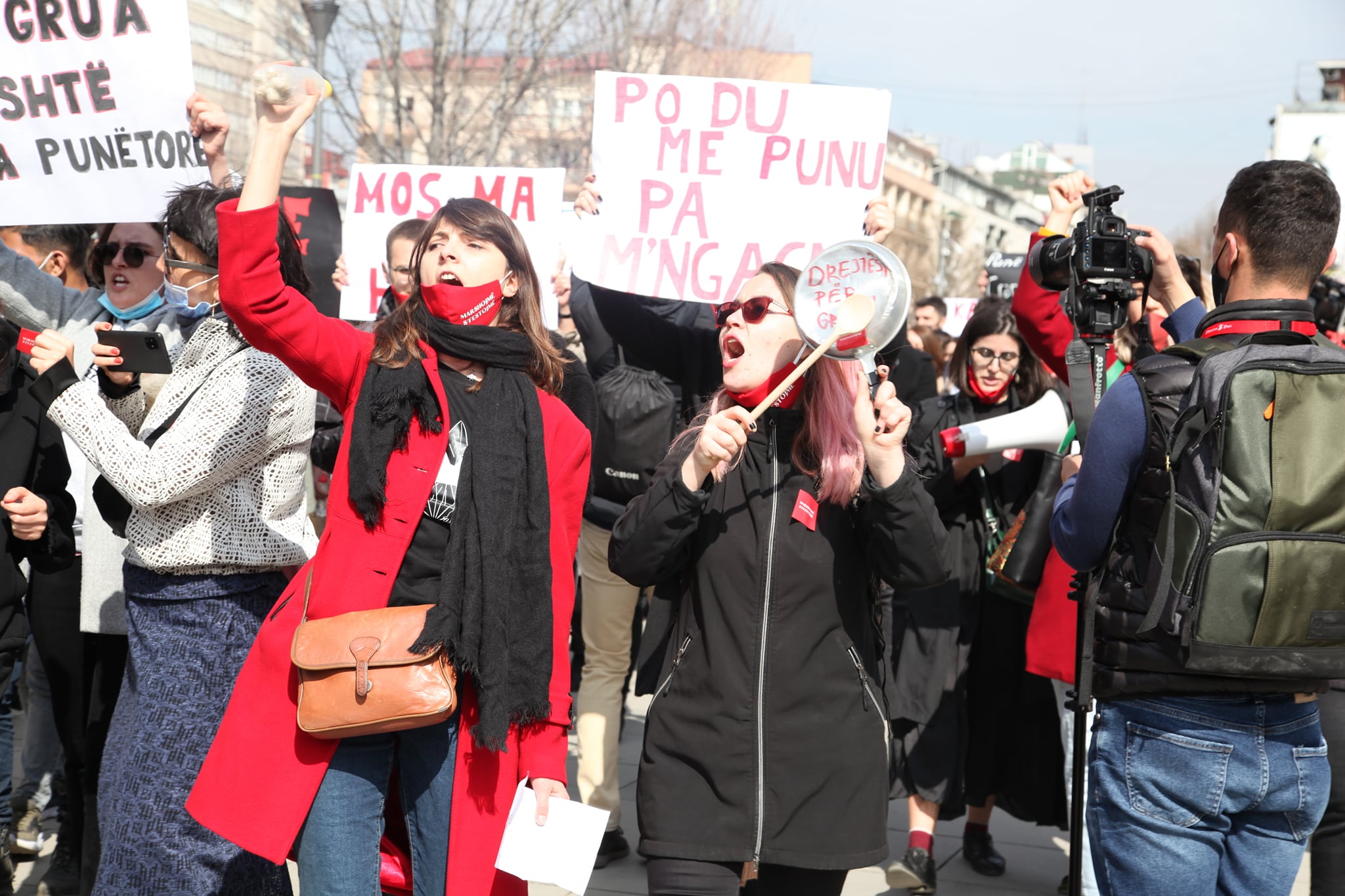 “We March Against Patriarchy that Kills” was the motto of a protest held in Prishtina on Wednesday, marking the International Women’s Day.

Hundreds of protesters marched in Kosovo’s capital demanding an end of violence caused to women and gender equality.

The Marshojme, S’festojme (We March, We Don’t Celebrate) collective organizing this march, stated in the announcement that “we march because we do not want to celebrate while girls and women are being killed”.

Only during 2020, six women have been murdered in Kosovo. 1,222 cases out of 1,596 of domestic violence between January and September, had women victims.

Those marching stopped in front of Kosovo Police headquarters where they called “Edhe sa thirrje te humbura” (How many more missed calls) and “Drejtesi per grate e vrara” (Justice for murdered women).

“I want to work without being harassed”, “The time has come to overthrow the patriarchy”, “Patriarchy kills”, “Today we march, every day we fight” were some of the placards held by protesters.