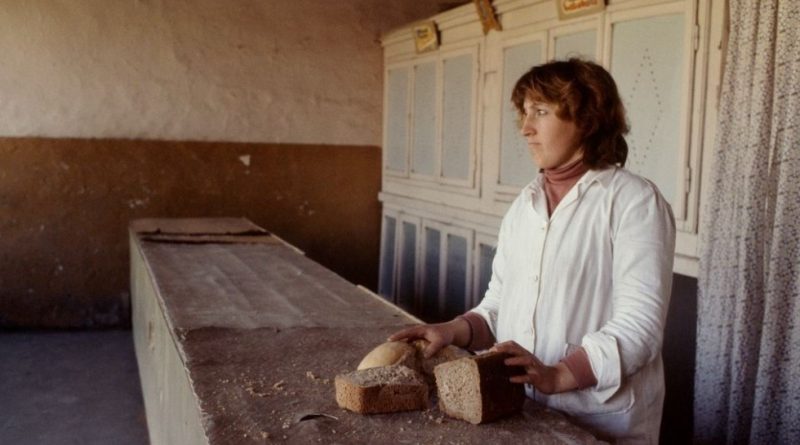 A question that seems to never go away has once again reappeared in the public arena: did Albania’s economy develop during the communist period?  If so, can this development somehow justify the crimes committed during the period?

A simple statistical analysis tells us that this is a futile debate. Albania did not experience an economic miracle during the period. On the contrary, the gap between it and advanced economies grew wider across the entire period.

To understand the level of development for a given country, economists use two main indicators. The first, and most widely known, is per capita income. However, if we want to understand how the country is developing compared to the rest of the world and global development trends, a relative indicator is needed. For this, economists rely on per capita income relative to a developed country, with the U.S. or European Union often used as the latter.

Intuitively, it is simple to understand why this comparison is made. Technological and industrial innovation and know-how are progressing over time across the world. This so-called “technological frontier” is initially developed, expanded, and embraced by the developed countries, like the US or EU.

Developing countries, like Albania, benefit by being able to absorb as much as possible the innovation that occurs elsewhere. The more and the faster they are able to absorb this technical innovation, the further they can narrow the gap with developed countries.

Is it possible to analyze the level of development and relative development of Albania throughout its history, especially during the communist period?

Thankfully, today several historical statistical sources allow us to engage in this type of analysis. The Angus Maddison tables are the source used by most economic historians to analyze long-term development trends. These Maddison tables are the result of many years of cooperation between dozens of institutions and researchers across the world. There are also other similar sources such as the Penn World Tables or those produced by  Bolt and Van Zenden (2015).

In the case of Albania, the data provided by these sources is broadly similar. Maddison’s data on per capita income in Albania is shown in Figure 1 [1] below. The first record for Albania is from 1870. For many of the Balkan countries, data from this period is the result of a long-running research project among central banks in the region while relying on tax and other archives from Ottoman sources. The data continues non-periodically for the years 1890, 1900, 1910, 1913, 1929. Starting in 1950, the data is yearly.

The data for Albania show at least four key periods. Before World War II the country was developing at a slow pace. After the war,  during the 1950-1970 period, Albania experienced significantly faster development than in the past. Usually, this is the period used to justify “communist development”. After 1970, a long stagnation set in that lasted until the end of the 1980s. At the end of the decade, the country experiences a severe economic shock which signals the fall of communism. After 1990, private property and political freedoms are restored, Albania experiences some volatility but the pace of development begins to pick up and it develops rapidly compared to the communist past.

Yet, to fully understand these different phases, it is important to compare them to global trends? In other words, was Albania simply developing because technology and know-how was developing everywhere, and it was benefiting from this process? Or was the country to narrow the gap with developed countries, especially during the communist period, by absorbing innovation at an even more rapid pace? For this, Figure 2 shows the ratio of per capita income in Albania compared to EU-15 countries [2]; i.e the 15 countries that are often considered “Western Europe” and represent one of the two most advanced economic blocs in the world.

As can be clearly seen, the gap between developed countries and Albania only widened during the communist period. Per capita income in Albania in 1950 was 21% of the Western European average. The ratio continued to decline throughout the communist period and reached 10% in 1989. Although a poor and backward country since before the war, Albania became isolated and impoverished even more relative to the world economic development.

Only recently has Albania finally managed to reach a level comparable to that of the 1920s, where per capita income is slightly more than a quarter of the Western European per capita income.

This comparison becomes even starker when considering other countries in Eastern Europe. Figure 3 compares the per capita income ratio for Albania, Greece, the countries of the former Yugoslavia (calculating their average after the partition), and Poland as a representative of Central Europe.

After the war, Greece [3]  and the former Yugoslavia managed to narrow their gap with Western Europe countries. The formed achieved this mostly as a capitalist country, while the latter was the rare example of a more open and tolerant communist system. Poland on the other hand, part of a group of Central European countries that had experienced rapid industrialization since before the war, fell further behind. Although at a higher level than Albania, Poland also became much poorer compared to Western European countries across the entire communist period.

In conclusion, we can safely state that Albania did not develop during the communist period! It was unable to embrace in time the rapid industrial and technological innovation that was occurring elsewhere during the period. As a result, the gap between it and developed countries only widened. Other countries in the region, such as Greece and former Yugoslavia, which were in a comparable position to us after the war, developed much faster over the next decades. Not only can we never forget crimes committed by the communist regimes, but there is no economic indicator that can be used as a way to justify them.

[2]  In the literature, the United States are more often used as the benchmark to compare countries to. This is because the US is considered as an even more developed country and at the edge of the technological frontier. Also, it is easier to compare countries to one another rather than with the average of several countries. But this comparison is slightly problematic for European countries after the Second World War. This is because almost all European countries experienced a faster than normal growth during the period as they rebuilt most of the damages which they had sustained during the war. Since this period is key to this article, the comparison was made with countries that were also going through reconstruction.

[3]  Greece has large fluctuations in pre-war data due to frequent currency devaluations and problems causing inflation. The 2011 crisis was not the first time the Greek state faced debt insolvency.