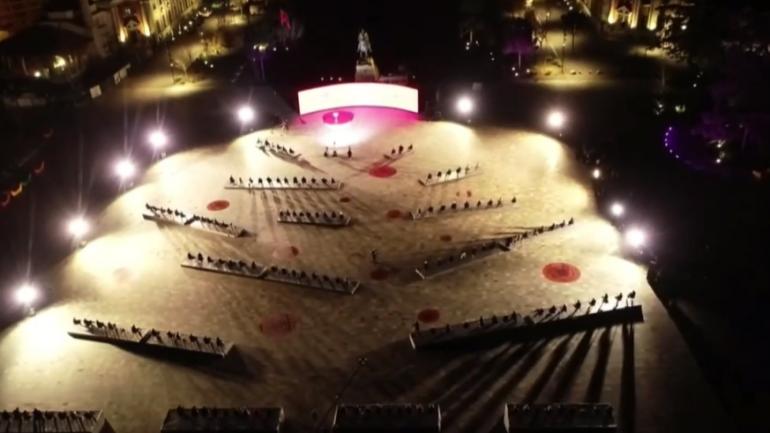 Albania’s two largest political parties held their first rally on Thursday, on the first day of the official start of the one-month long electoral campaign before the April 25 elections.

They occupied the two main squares in Tirana, using “creative” ways to mitigate the restrictions imposed by the pandemic.

The ruling Socialst Party launched the campaign in the main Skanderbeg Square, with only a few people attending, all sitting in chairs lined up in groups of ten.

Prime Minister Edi Rama said this was their “creative way” in launching the electoral campaign all the while complying with the pandemic restriction that allows for the assembly of ten people at most. 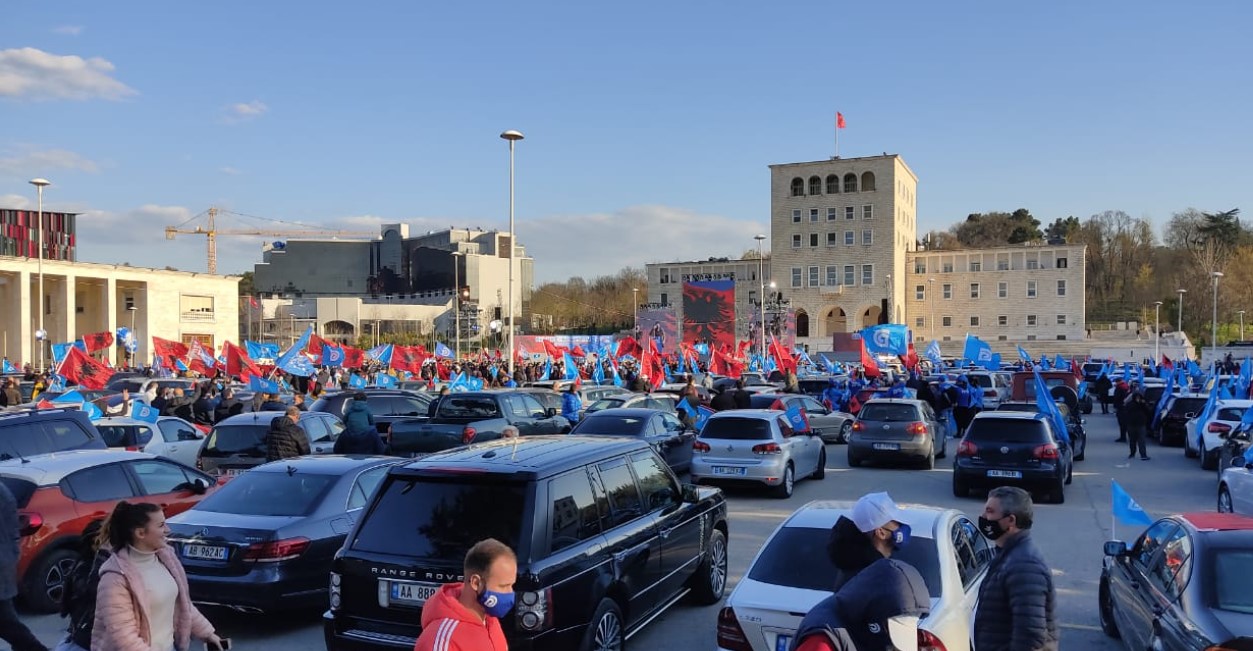 The opposition Democratic Party’s way to cope with the restrictions was to have its supporters join a “drive-in political rally”. Supporters parked their cars in the square but mostly gathered in front of the stage where party leadership held speeches.

Rama told his supporters that they need a third term in office to complete the projects they have started, while opposition leader Lulzim Basha focused his speech on the need for change.

The assembly of more than ten people is not allowed, but what if several lines of ten people, in some distance from one another, gather in the main square? And what if dozens of cars fill a whole square, parked close to one another, with 4-5 people inside each? Is it a breach of restrictions?

Well, we might never get an answer to that while the electoral campaign is expected to heat up the political atmosphere throughout April in Albania.