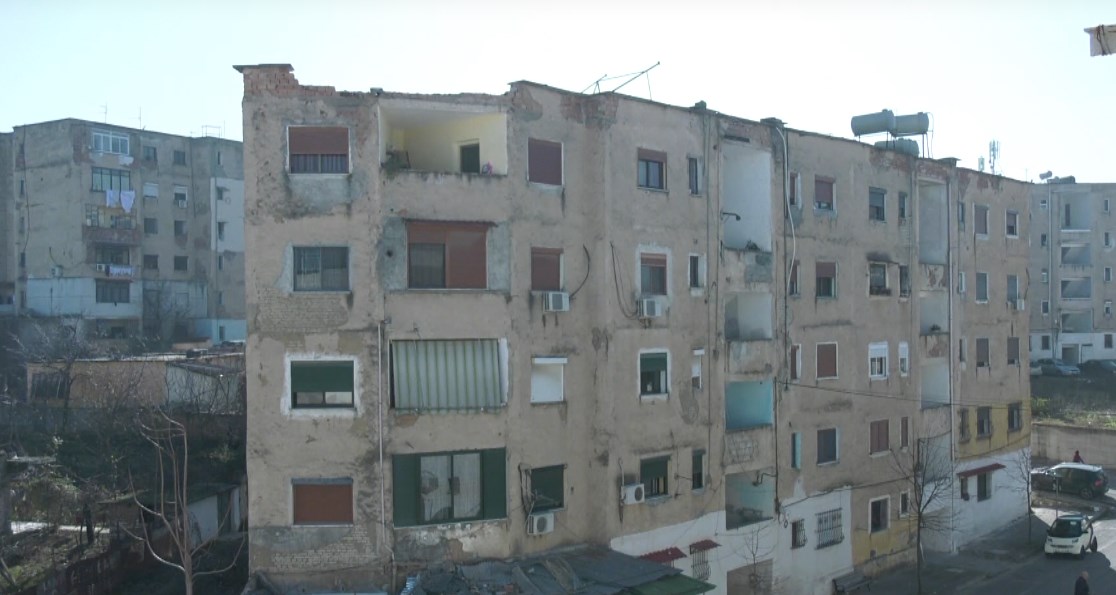 About 90 families protested on Monday against the decision of the Municipality of Tirana to demolish a block of residential apartments on Myslym Keta Street.

According to citizens, the Municipality of Tirana is using non-transparent manners to justify its demolition of the buildings.

Residents claim their homes were deemed habitable following the November 2019 earthquake. They said they were classified as DS3 meaning there was no structural damage.

One year and three months later, they have been somehow deemed unsafe for habitation and earmarked for demolition. The decision taken on 1 March was without transparency and has caused residents to protest.

One of the residents during the protests said that “this means that for one and a half years our life has been in danger and nobody told us we have to leave our homes”.

To pave way for the demolition plan, residents claim that the Municipality has subsequently changed the assessment report of the building from DS3 to DS5, the most severe classification, also adding that “corruptive interests are hidden behind this decision on building new private building complexes”.

They say that the Municipality of Tirana has made this change of scale as an excuse to demolish the block of buildings. Residents pleaded that many of them have invested their whole lives into the apartments and wish them to be saved from destruction.