Latest Update: Kosovo to Vote on the New President 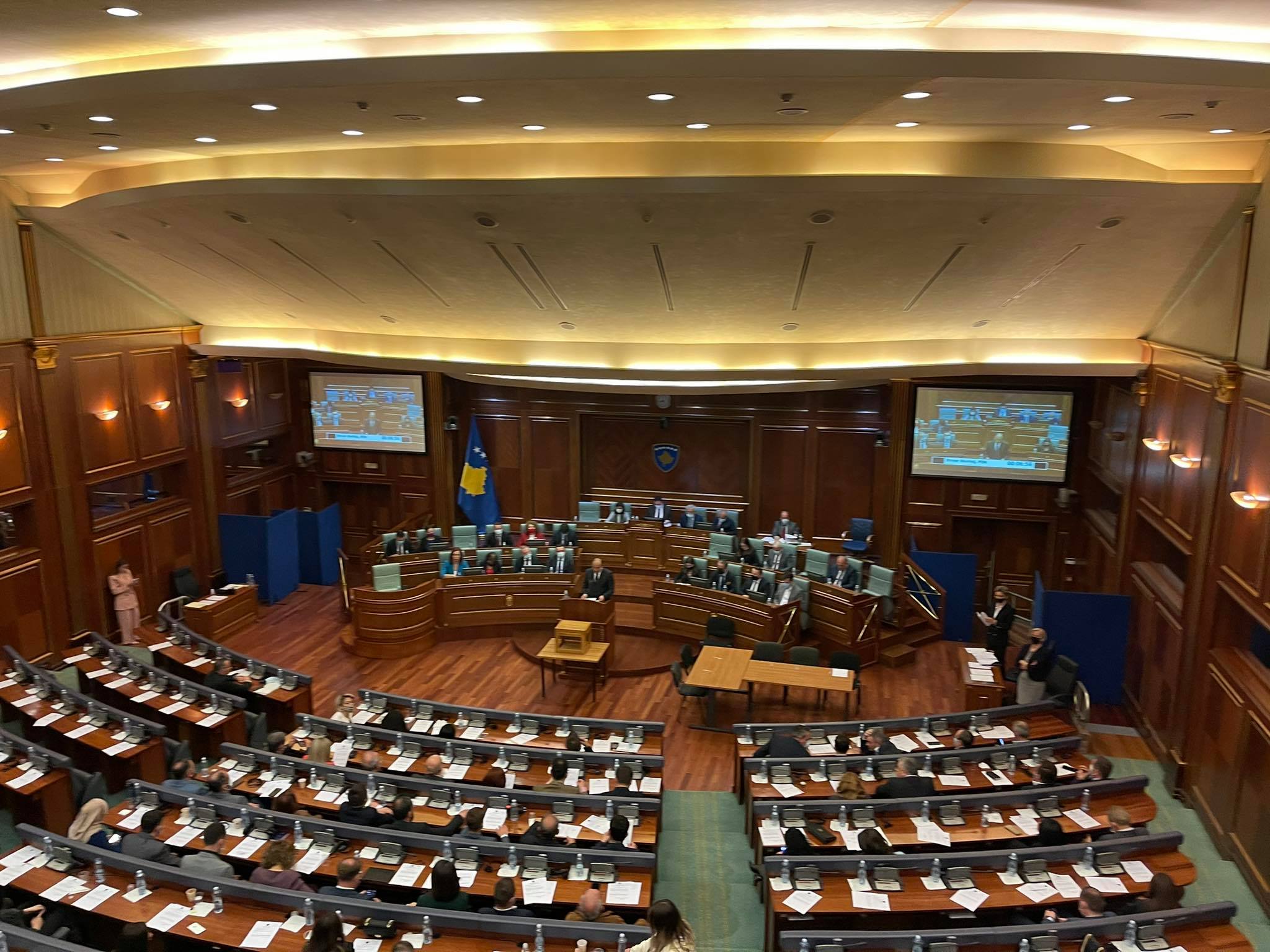 Due to the lack of quorum, the extraordinary parliamentary session on voting the President of Kosovo is postponed for Sunday 5 pm.

The first ballot has failed in two attempts after less than 80 required MPs voted. Out of 82 MPs participating in the extraordinary parliamentary session on the voting of the President, 78 voted in the first attempt of the first ballot, while 79 on the second one.

For the quorum to be met, at least 80 MPs should participate in voting.

It is not known if there will be another attempt after a 30-minute break..

The Acting leader of the Democratic Party of Kosovo (PDK), Enver Hoxhaj went in Parliament at the beginning of the session, where during his speech he accused Prime Minister Albin Kurti for being an “autocrat”.

“Kurti is sending [Vjosa] Osmani at the presidency for him to have an absolute control over the independent institutions, as he has full control over this Assembly and the Government “, Hoxhaj said. 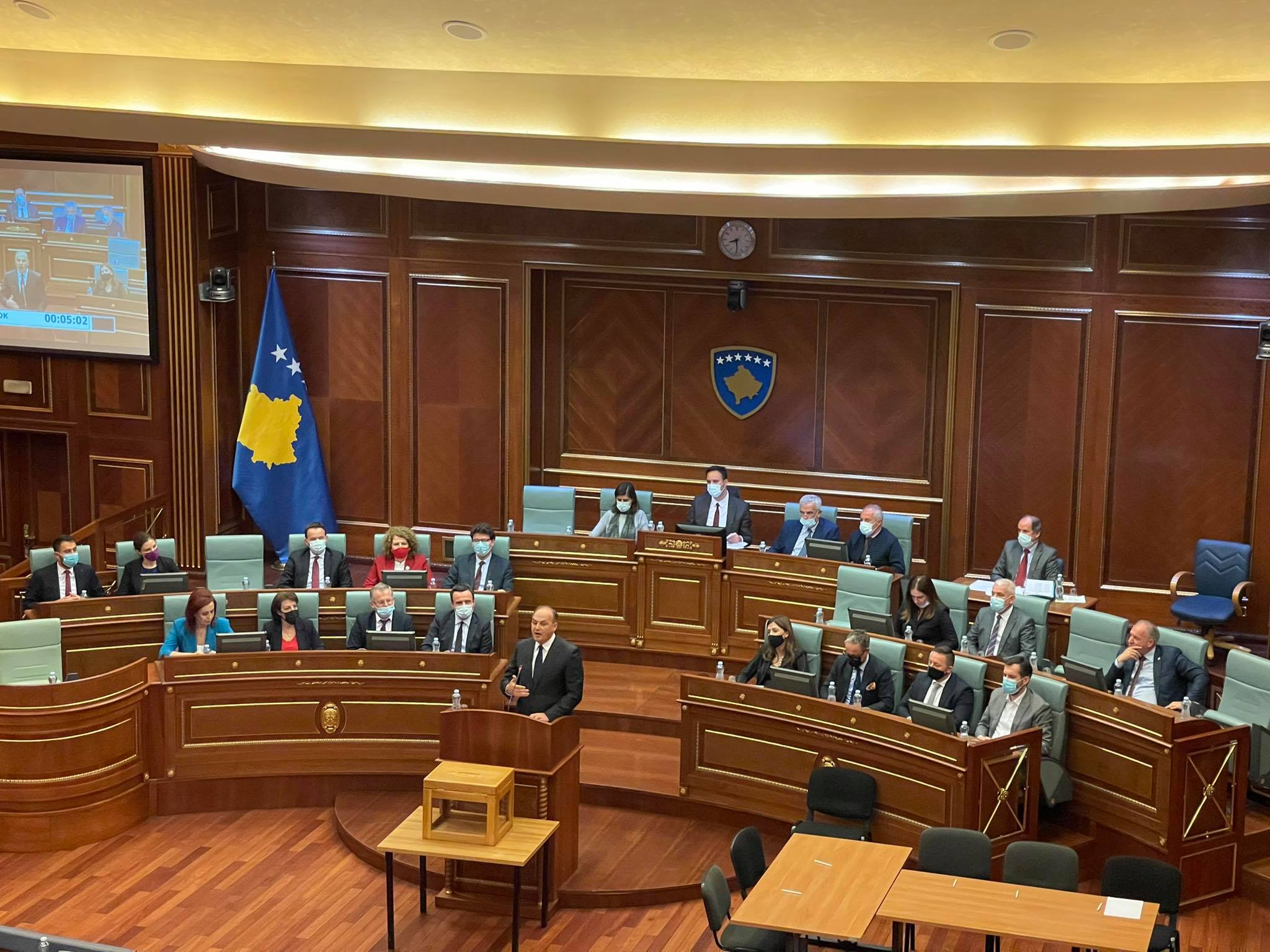 After the quorum has been met, the parliamentary session on voting the new Kosovo’s President started with two hours delay, with 82 out of 120 MPs present.

Participation of the MPs of LDK enabled the session to begin.

Kosovo was left with an Acting President since November 5 when Hashim Thaci resigned after the indictment on war crimes was confirmed against him by The Hague- based Kosovo Specialist Chambers. 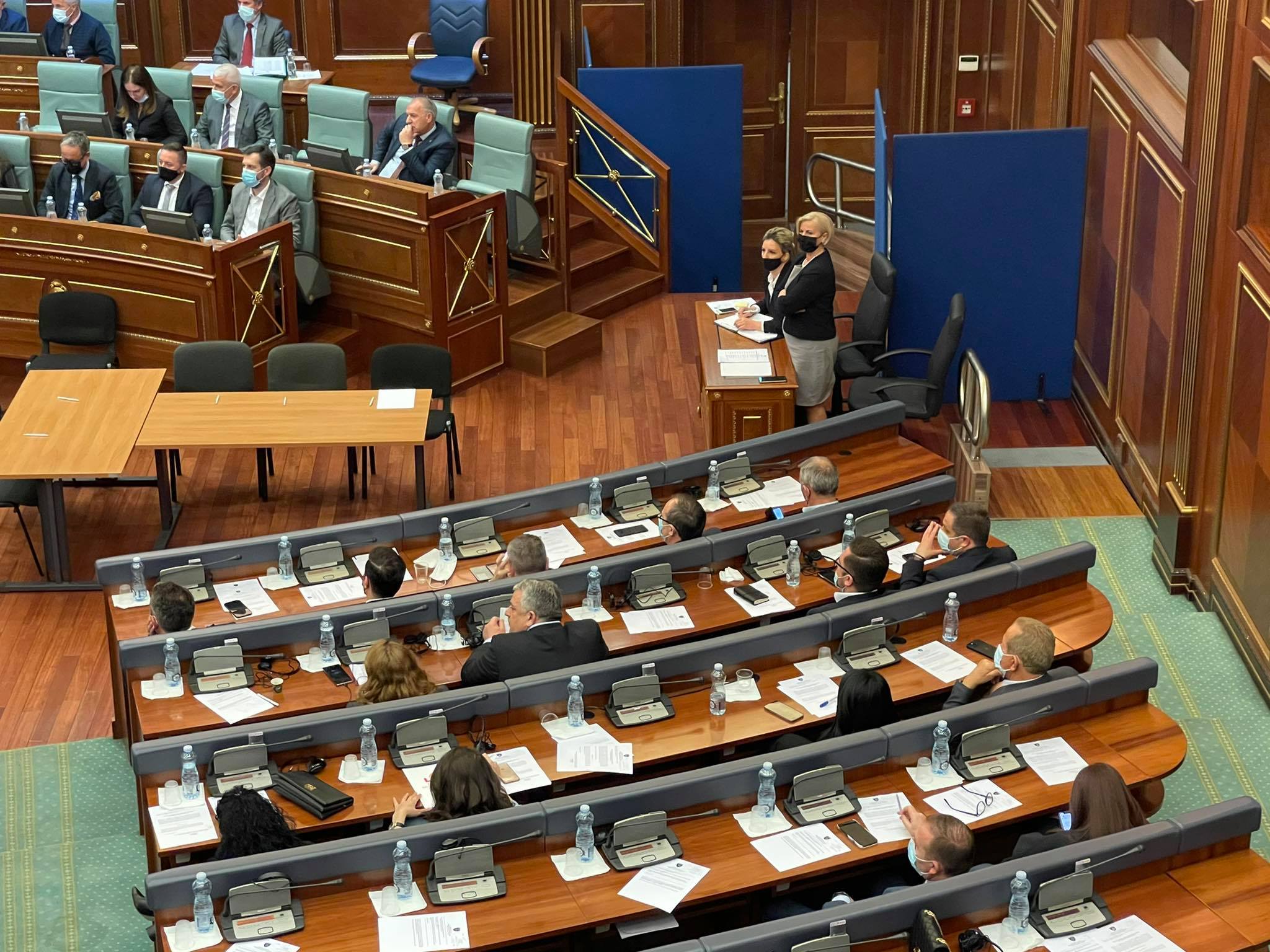 The Prime Minister of Kosovo and the leader of Vetevendosje, Albin Kurti called on political parties to participate on the voting of Vjosa Osmani for the country’s new President, in the parliamentary session scheduled for 6pm.

He said that after failing to proceed with the draft law that allows the diaspora to vote in Kosovo’s embassies and consulates, “immediately after that [election of the President] we form the commission where together with the opposition we work, agree and this year we conclude the electoral reform”.

British ambassador to Prishtina, Nicholas Abbott said that the process of forming institutions should happen successfully, so they can begin to work in earnest.

He called on political parties to play a constructive role in the formation of institutions. “New elections in the middle of a pandemic and economic crisis are in no-one’s interest,” he added.

Referring to political parties’ stance on Friday evening when Vetevendosje initiated the amendment of the Law on Elections, Abbott said that we saw MPs speaking in defence of democracy and democratic institutions.

“My view is that defending democracy & institutions also means playing a full part in the Presidential Election. MPs may vote how they wish. But the responsible act is for them to fulfill their constitutional role by supporting the democratic process through their attendance and their vote,” he said.

The head of Vetevendosje’s parliamentary group, Mimoza Kusari Lila announced that the parliamentary session on voting the President will be held at 6pm.

However, it is not clear yet if the MPs of LDK will be present, without whom the parliamentary session can not be held due to a quorum of 80 MPs that should be met.

The head of LDK’s parliamentary group, Arben Gashi left the meeting of the presidency of the Assembly of Kosovo arguing that Vetevendosje did not withdraw the initiative on amending the Law on Elections, as required by LDK.

“If we want to amend the rules on general elections, they must be amended at least one year before the elections take place […] We will not participated on the parliamentary session on electing the president […],” Gashi told media.

The Presidency of the Assembly of Kosovo is expected to schedule the extraordinary parliamentary session on voting country’s new President.

The largest Kosovo party, Vetevendsoje which won the parliamentary elections needs to have at least 80 out of 120 MPs present in the hall in order to create the quorum on voting the President.

LDK’s stance until Friday evening was that they would participate in the voting for the president in order for the quorum to be met. But after Vetevendosje tried to proceed for voting the amendment of the law on elections after 10 pm, there were clashes sparked.

LDK and other political parties called the move as blackmail to push them to vote for the president or go to early elections.

Vjosa Osmani is Vetevendsoje’s candidate for President, which must be elected by a two-thirds majority of all MPs, or 80 votes.

According to the Constitution of Kosovo, if a two-thirds majority is not reached by any candidate in the first two ballots, a third ballot takes place between the two candidates who received the highest number of votes in the second ballot, and the candidate who receives the majority of all deputies of the Assembly shall be elected as President of the Republic of Kosovo.

If none of the candidates is elected on the third ballot, the Assembly shall dissolve and new elections shall take place within 45 days.

The other candidate running for President is Nasuf Bejta, Kosovo media reported. Bejta ran with Osmani’s list which joined Vetevendosje on parliamentary elections. Previously he was member of LDK.