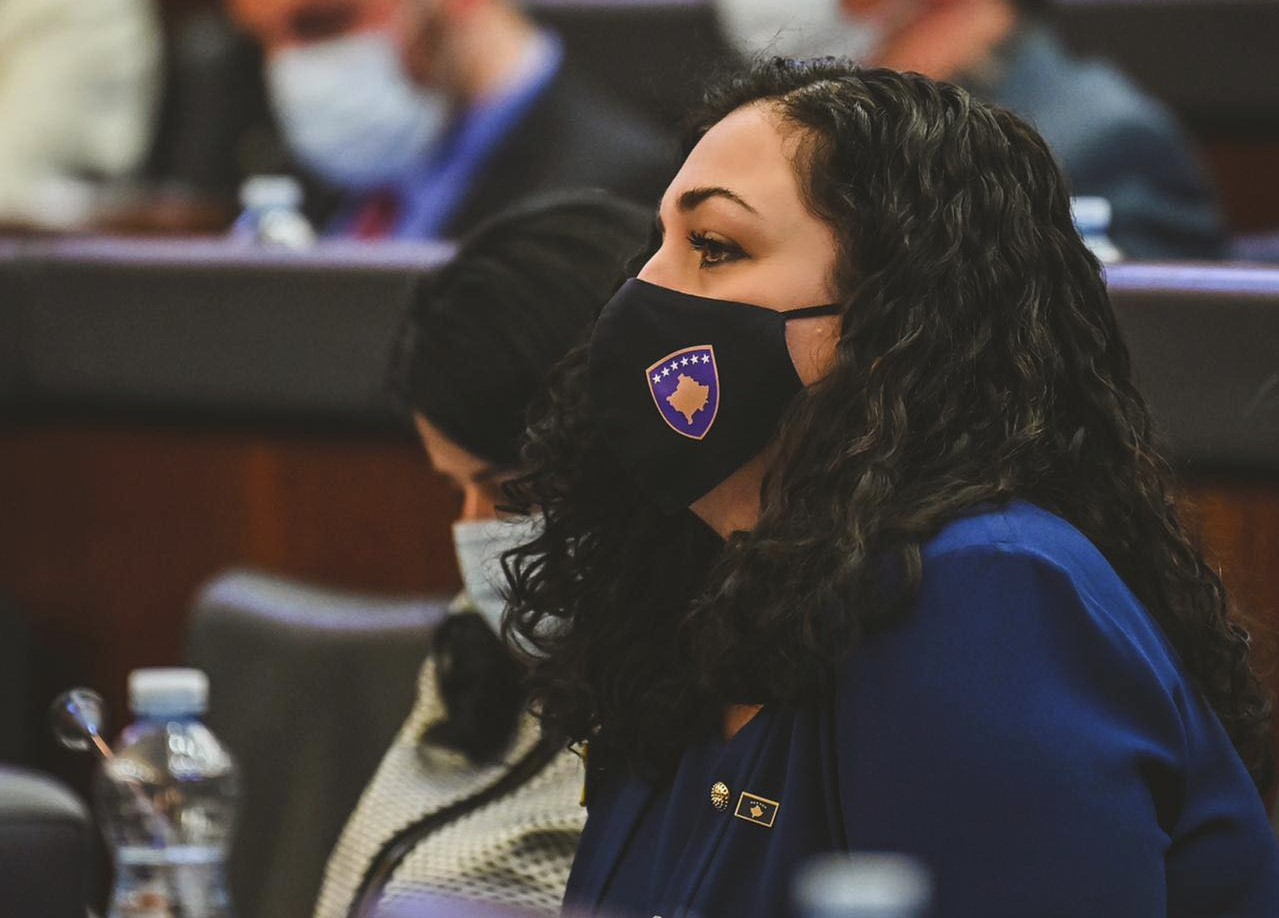 Vjosa Osmani is the new President of Kosovo. She was elected with 71 votes in favor on Sunday.

None of the two candidates – Vjosa Osmani and Nasuf Bejta – were able to get 80 votes in favor in the first two rounds of voting. In the third and last round, Osmani got 71 votes, 10 more than the necessary 61 needed. Bejta received no votes, while 11 were found invalid.

Osmani was elected with the support of Vetevendosje and non-Serb minorities, while her previous party, the Democratic League of Kosovo attended the session and enabled the quorum but didn’t support her. Other opposition parties, democratic Party of Kosovo, Alliance for the Future of Kosovo, and Lista Srpska were against her election and boycotted the voting session.

Osmani was proposed by Vetevendosje, the largest party coming out of the last elections in February with more than 50 percent of votes.

She led the Democratic League of Kosovo (LDK) electoral list in the previous elections in 2019, resulting in a solid second place for the party in the national vote.

Vetevendosje and LDK formed a governing coalition in 2020 that lasted for only about 50 days, until the leadership of LDK took the government down in a parliamentary vote, citing Prime Minister Albin Kurti’s strained relationship with the US administration of President Trump over the dialogue with Serbia. The LDK then formed a new government, leaving the largest party, Vetevendosje in opposition.

The move was criticized within the LDK by Vjosa Osmani, who at that time was the Speaker of Parliament. She was elected a LDK MP 5 times, but ended up outside the party shortly after. Osmani joined Vetevendosje’s list of candidates in the February elections that came after the Constitutional Court found the LDK government unconstitutional due to the vote of a member of parliament who was sentenced to prison at that time.

Osmani’s presence in the electoral list of Vetevendosje helped them reach the highest support ever for a party in the political history of Kosovo, more than 50 percent of the votes cast.

Snap elections in February 2021 resulted in the doubling of votes for Vetevendosje, and a historical blow for Kosovo’s oldest party LDK, whose votes were halved in about a year.

Vjosa Osmani was Kosovo’s first woman Speaker of Parliament, and she served as the country’s Acting President from November 5 until March 22, following the resignation of Hashim Thaci after war crime charges.

She is married and a mother to twins’ daughters.