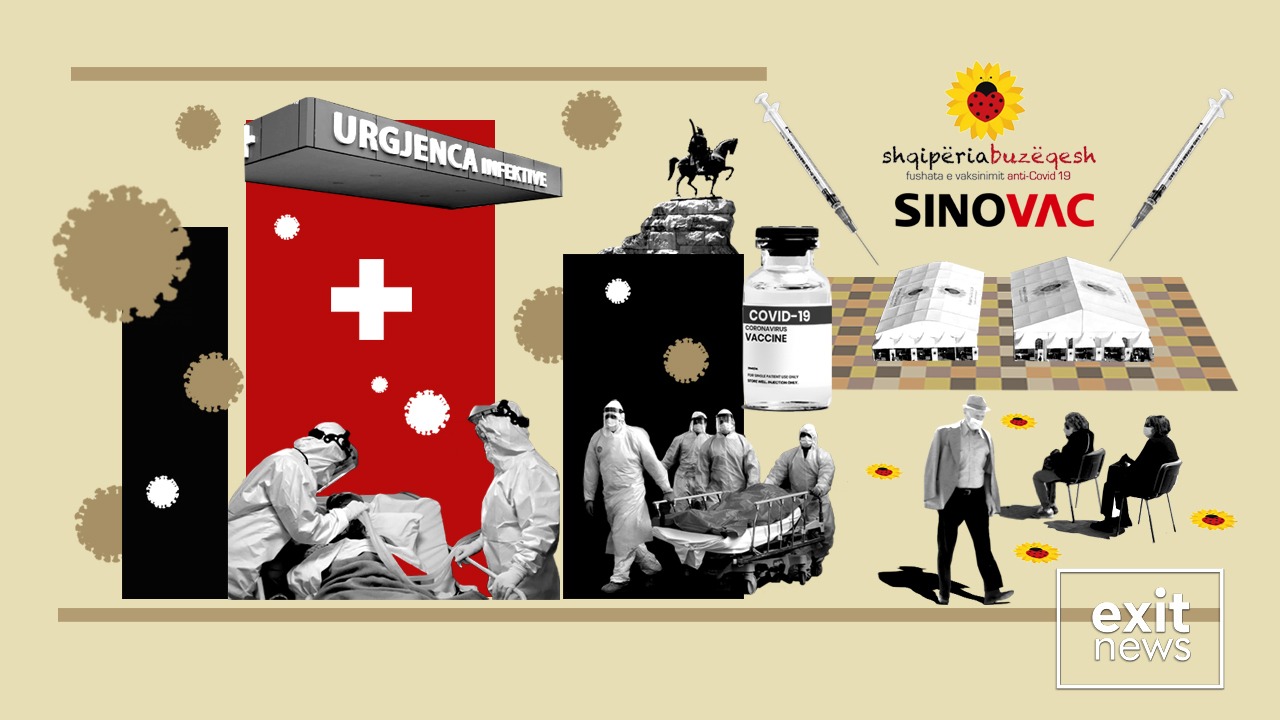 Opposition leader Lulzim Basha has accused the government of lacking transparency regarding the safety of some vaccines used in Albania, as well the way they are purchased. Prime Minister Edi Rama denied all allegations and accused Basha of being a panic monger.

On Monday, Basha told a TV show that the opposition had received reports of growing skepticism among Albanians towards certain vaccines, and that reports were also made public of deaths shortly after inoculation.

Last week, Erion Dasho, a physician called on the government to pay closer attention to reports of side effects of the Chinese Sinovac vaccine, claiming that two deaths occurred shortly after inoculations. The so-called Committee of Experts, whose chairwoman left what the government claims to be an independent team to join the ruling party’s electoral list, stated a few hours later that they had carefully investigated the cases and there was no proof to connect the deaths to the vaccine. Dasho replied that their investigation and conclusion in just a few hours after his public statement was ridiculous and dangerous.

The vaccine is not certified by the European Medicines Agency or the US Food and Drug Administration.

Basha blamed the government’s lack of transparency for the alleged skepticism and growing fear.

Rama replied on Tuesday by accusing the opposition leader of having always been a panic monger.

Albania ramped up the vaccination campaign after the launch of the electoral campaign last week, one month ahead of elections. Following the 55 thousand doses administered since January, in the last week alone the government gave threefold that amount of doses to priority groups, more than 150 thousand in total.

The speeding up of the process came after the purchase of 190 thousand Sinovac vaccine doses from Turkey. In addition, the government has received supplies of the Pfizer, AstraZeneca and Sputnik V vaccines, the origin of which was not revealed in certain cases. Of the nearly 300 thousand doses received in total, 200 thousand have been used.

Rama has promised to vaccinate 500 people during the monthly electoral campaign and the following month.