US Urges Albanian Leaders to Guarantee Free and Fair Elections 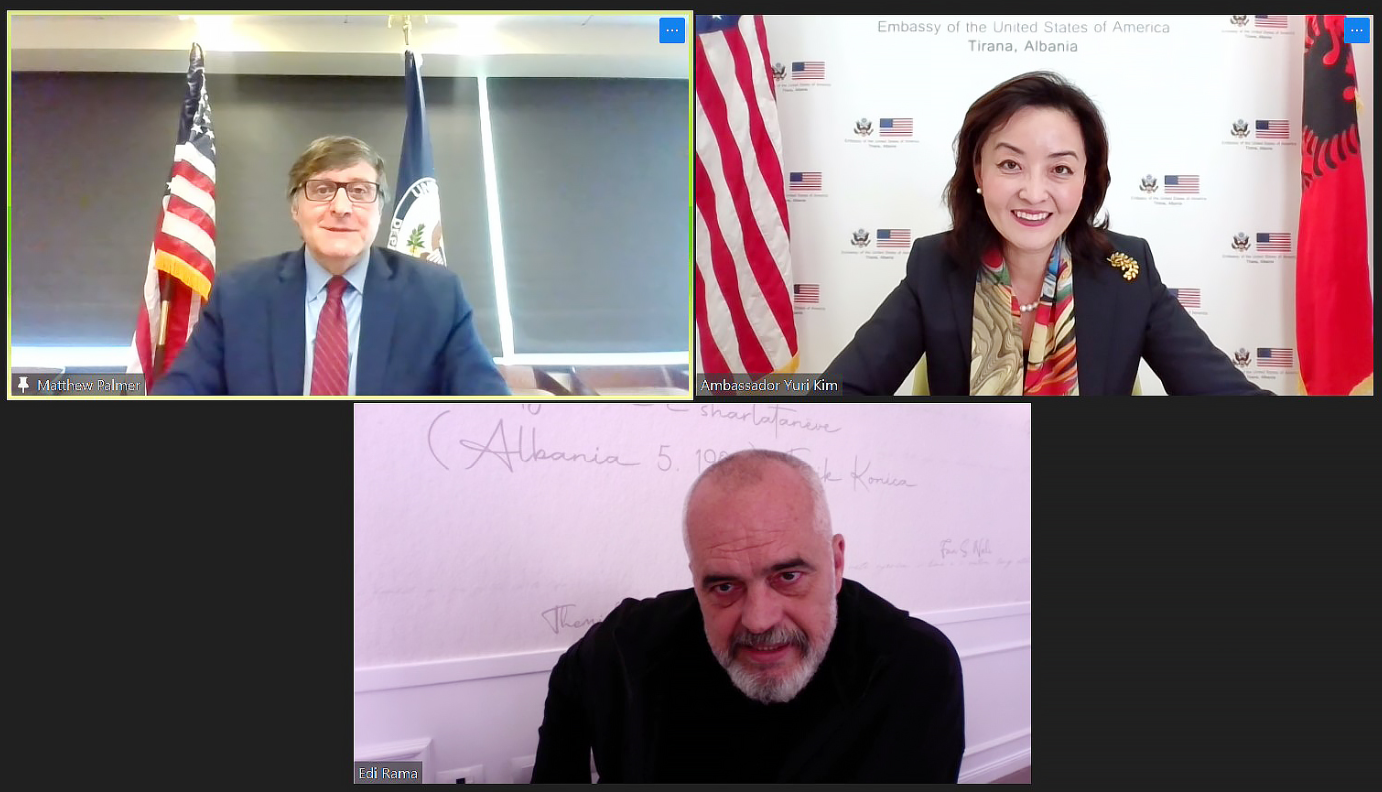 Deputy Assistant Secretary of State Matthew Palmer stressed the Albanian leaders’ role in securing free and fair elections in separate virtual meetings he had with them on Tuesday.

Palmer and Albanian President Ilir Meta, Prime Minister Edi Rama and opposition leader Lulzim Basha reaffirmed the strong relation between the two countries as they celebrate the 30th anniversary of the re-establishment of diplomatic relations.

The US official stressed their roles and responsibility in ensuring that the upcoming elections are “free and fair, with rules that are impartial, transparent, and timely”, according to a press statement by the US Embassy. He added that electoral candidates should be clean from criminal records.

He reinforced U.S support for the implementation of justice reform, assessing that significant progress that has been made in the last year.

Palmer also met with what he called “Champions of Justice Reform”, namely representatives from the justice institutions, civil society, and journalists. He encouraged them to keep up their efforts “so that the Albanian people would have real justice.”

The senior diplomat highlighted the strategic importance of the Defender 21 military exercise, which will be the largest multilateral military exercises held in the Western Balkans, currently under preparation.