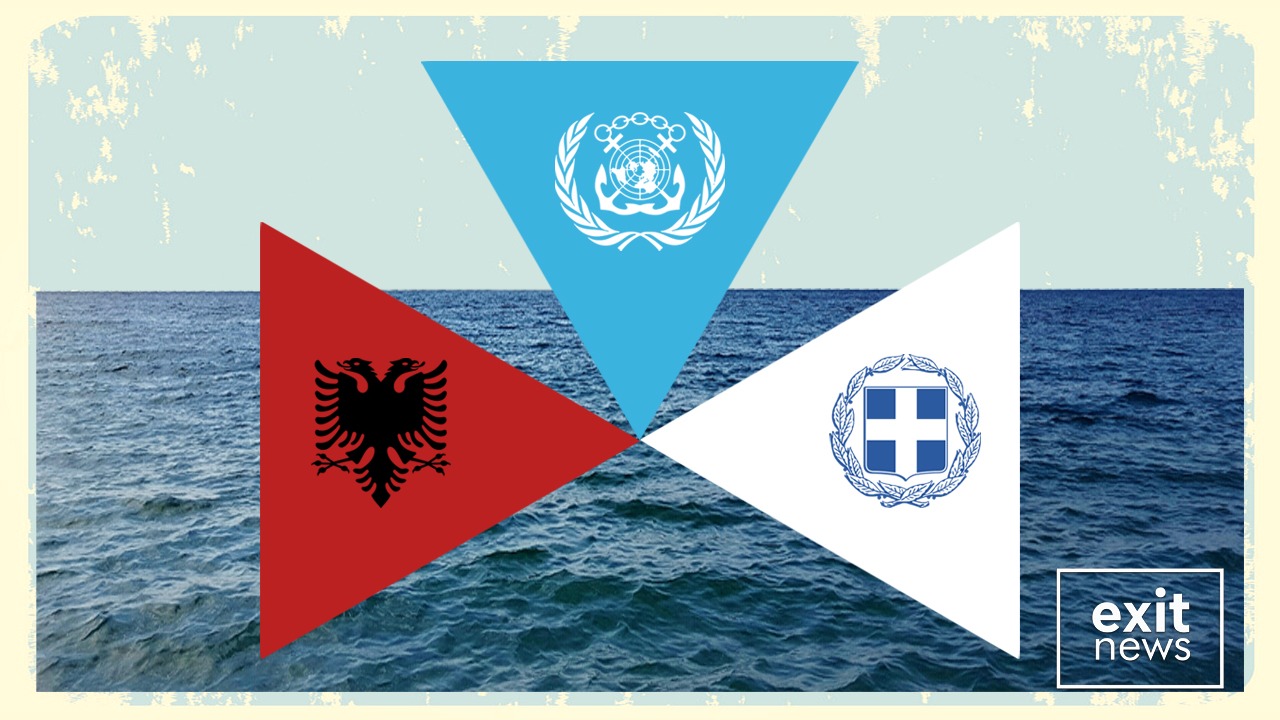 Greece and Albania’s agreement to refer a dispute over maritime borders in the Ionian Sea to the International Court of Justice is likely to result in the recognition of Greece’s expansion of its territorial waters.

By not objecting Greece’s decision on its baseline and the doubling to 12 miles of its territorial  waters, the government of Prime Minister Edi Rama has accepted the shrinking of Albania’s territorial waters.

A previous agreement on maritime delimitation between the two countries was not implemented because the Albanian Constitutional Court nullified it due to violations of the Constitution and territorial integrity.

The main issue resulting in the Court’s decision was the status of some rocky, uninhabited Greek islands without economic life very close to the Albanian shore, which the 2009 agreement considered as Greek land in full effect.

The only way for a solution between the two countries after that was for an international court to decide.

However, circumstances back then were quite different, as Greece had not defined the baseline of its territorial waters. Under the previous conditions, the ICJ would have found Albania in a more favorable position.

How did we get here?

The Socialist Party promised in 2013 that it would reach an agreement with Greece based on the decision of the Constitutional Court of Albania.

In 2018, the Albanian government had a series of negotiations with the Greek government to finalize a maritime border agreement.

Former Foreign Minister Ditmir Bushati met several times with his counterpart Nikos Kotzias. “We are fully convinced that by respecting international law, by respecting the decision of the Constitutional Court, Albania will have an agreement way more favorable and fairer than that of 2009,” Bushati said back then.

On January 30, 2018, Greek Foreign Minister Kotzias said during an interview with Greek television ERT that “Albania has accepted the expansion of Greek waters by 12 nautical miles from the coast, the maximum allowed by the UN Convention on the Law of the Sea.”.

His statement provoked a reaction from Albanian civil society and President Ilir Meta, who asked the government to inform the public regarding its plan for the maritime delimitation with Greece. But former Minister Bushati denied they had reached an agreement with Greece.

In October 2020, Prime Minister Edi Rama announced that the disagreement between Albania and Greece on the issue of the sea will be reviewed by the International Court of Justice under international maritime law.

In January 2021, the Greek parliament passed the extension from 6 to 12 nautical miles of its territorial waters in the Ionian Sea bays, and determined the baseline through a list of coordinates (to read more about the coordinates of the Greek baseline click here).

Baseline determination by Greece, according to the Montego Bay Convention, entails the loss of the Albanian territorial sea. Here are some illustrations to show what such loss entails. 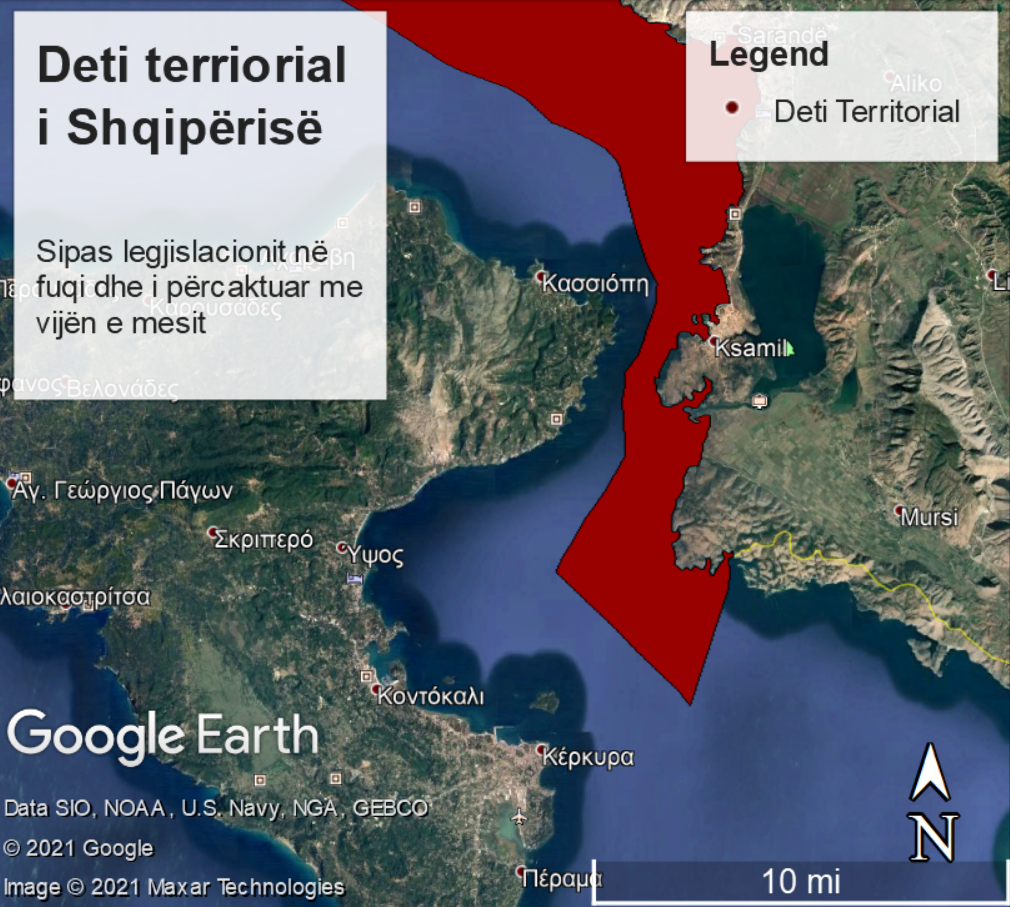 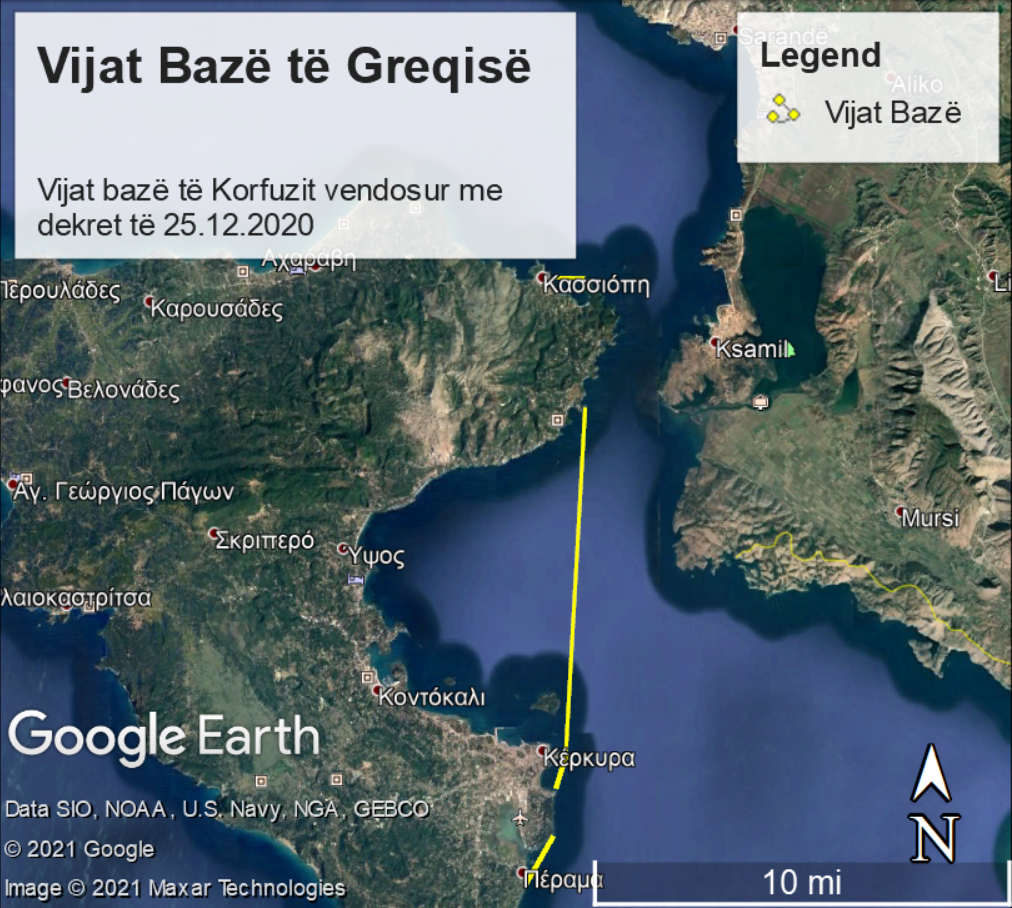 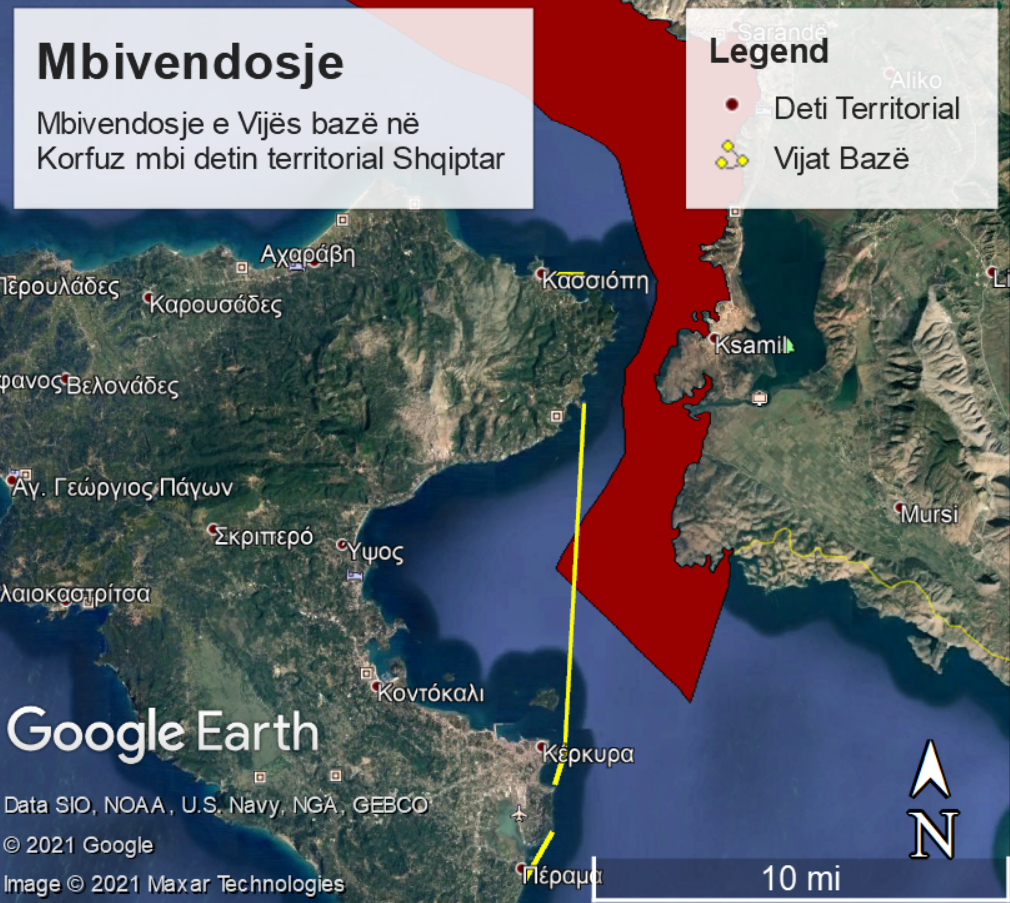 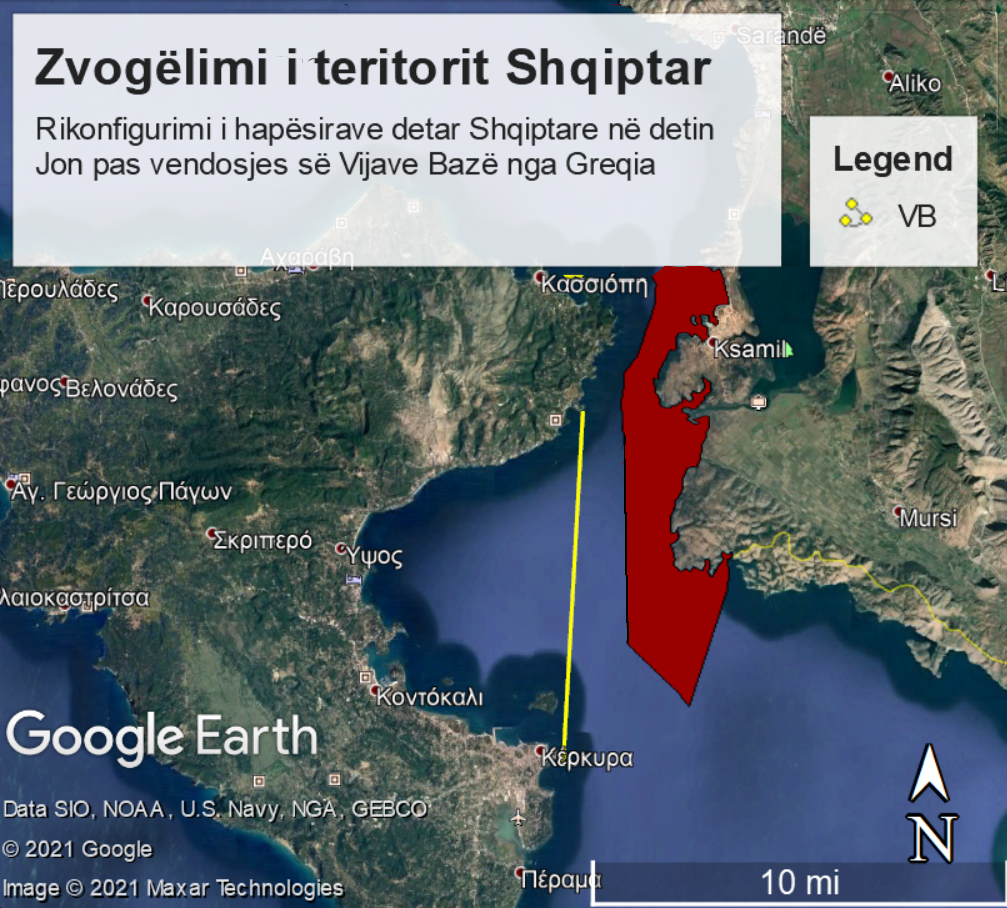 As it can be seen from the above illustrations, the baseline at the Gulf of Corfu further limits Albania’s territorial waters because the 12-mile extension is to be measured from the baseline approved in January 2021.

Another fact is that Albania lacks determined coordinates of its baselines in the Ionian Sea, which leads to uncertainty in the definition of its territorial waters. Since 1990, the country has not taken any steps to establish the baseline and present coordinates in illustrations.

There is a draft law in the Assembly on designing the bay of Saranda, Butrint, Ksamil, Himara, Borsh, Qeparo and Palas as protected bays, but it has not been approved yet. The content of this draft law is not at all serious as no study by relevant institutions is attached to it.

Hence sending the maritime dispute to the ICJ under the above conditions may lead to a decision similar to the 2009 agreement, which was nullified by the Albanian Constitutional Court. The ICJ decision is binding as Albania has accepted its jurisdiction on matters relating to international law.

What could Albania have done?

The Montegobay Convention gives Albania the right to oppose Greece’s doubling of territorial waters. However, Prime Minister Edi Rama supported Greece’s extension and took no steps to oppose it, calling it a right under international law.

Another issue raised by the Greek decision is the application of the equity principle, which gives a chance for correction of borders once a median line is set. The principle aims at setting fair borders between countries.

Since only Greece has a baseline, the equity principle will be applied by taking only Greece’s baseline into account.

Therefore the implementation of this principle will probably be different and at Albania’s disadvantage compared to what it would have been before Greece doubled its territorial waters and set a baseline, followed by the support of the Albanian government. 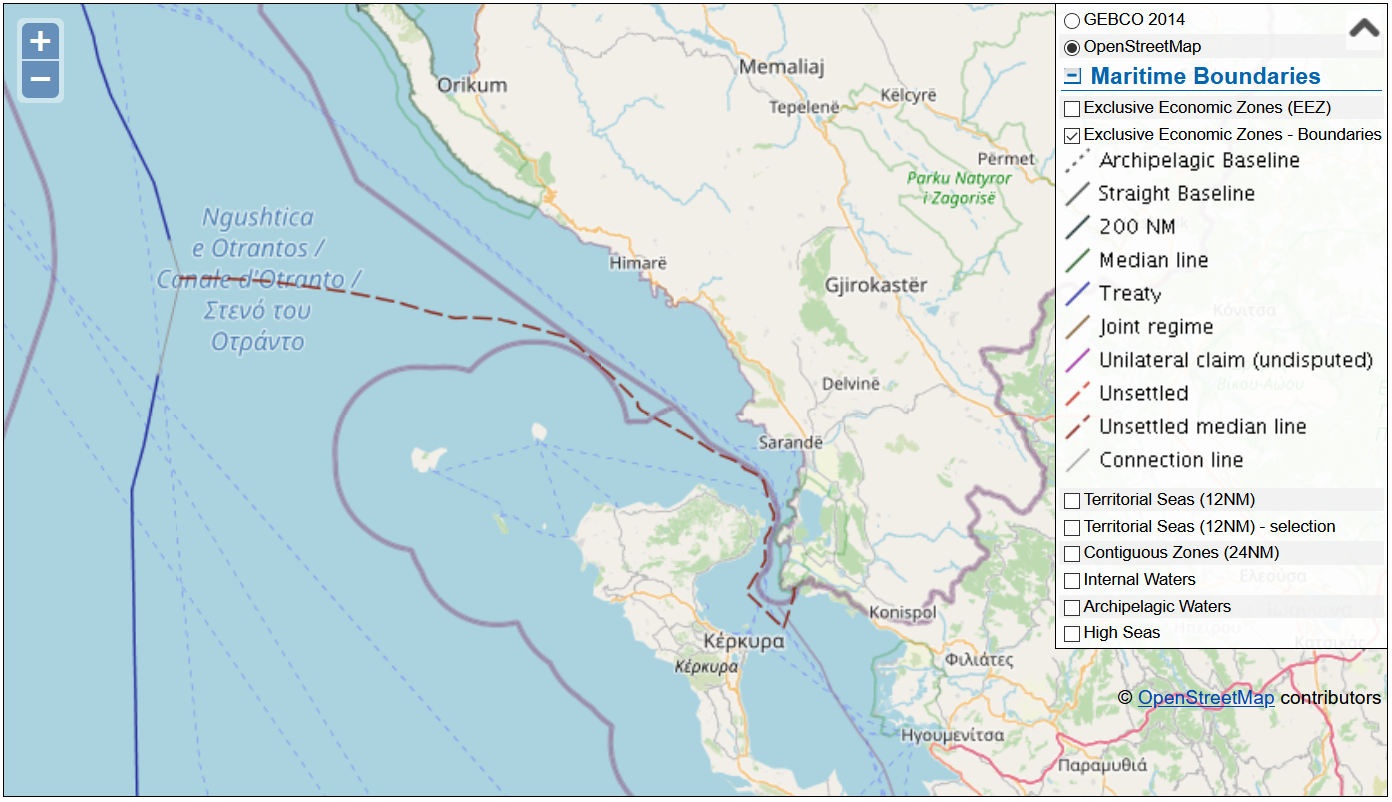