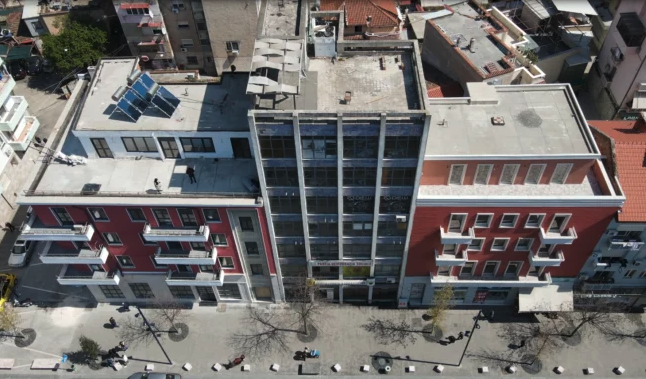 The building of the former Albanian Telegraphic Agency, otherwise known as the 7-storey building, is the next historical building likely to be demolished in Tirana.

Built in 1976 by architect Maks Velo, the building was located on Boulevard Zogu I Parë and for some time held the status of the tallest building in Tirana.

“Maks and I sometimes joked, here we made the first skyscraper in Tirana”, says Orhan Sakiqi, the project engineer. Sakiqi expresses confidence in the safety of the building while expressing regret for the way it is deteriorating.

How was the decision to demolish the building reached?

In a chain of decision-making, the Municipality of Tirana has received the approval of the Construction Institute to demolish it.

This is even though with a decision no. 122 dated 05.03.2007, the Ministry of Culture declared the building of the former ATSH on Zogu I Boulevard a cultural monument category II. The building is still on the list of Cultural Monuments in Tirana.

“This is the building that will collapse, just like the maternity ward, the famous “7-storey building” of the municipality,” said Veliaj during a walk with the Prime Minister recorded live on “Facebook”. According to the design plan, a facility for public administration offices will be built. The reason for its demolition was given as earthquake damage following the quake of November 26, 2019.

Off-camera people who have worked there for years told Citizens Channel that the building was declared safe by foreign experts who first assessed the building.

The engineer of the facility, Orhan Sakiqi, has the same opinion: “I will be the first to enter under it, I will enter under the facility if it falls from the earthquake.”

Citizens Channel has requested the in-depth expertise and technical reports of the Construction Institute, which according to the Municipality of Tirana has concluded that the building should not only be demolished but also a new one should be built.

“Tritol in the ensemble of monuments”

It is still unknown why the Municipality of Tirana has decided to carry out the demolition of the building, which stands wall to wall with two other buildings that enjoy the status of Cultural Monument. This fact has raised concern among experts in the field of architecture. “The object is not just a body, you are attached to the two bodies of objects next to it, so they are a living body, an organism in fact, and like any organism, removing a component of it, apart, certainly damages it.”, explains architect Saimir Kristo.

The news of the collapse of the building has raised the concern of the people who manage the buildings next to it. Sonila Abdalli, the administrator of the Destil center, which is renovating the premises of the building on the left of the 7th floor, expresses concern about security and lack of information.

“Our biggest fear is that it could affect the structure of our building and the other building that is next to it, ie. we have not yet received information on how this demolition will be carried out, what kind of security we can have, at the moment when the adjacent building is demolished “, says Sonila who is an architect by profession.

The former ATSH building not only continues to be part of the list of Cultural Monuments in Tirana but is also missing from the official list of monuments damaged by the November 26 earthquake. 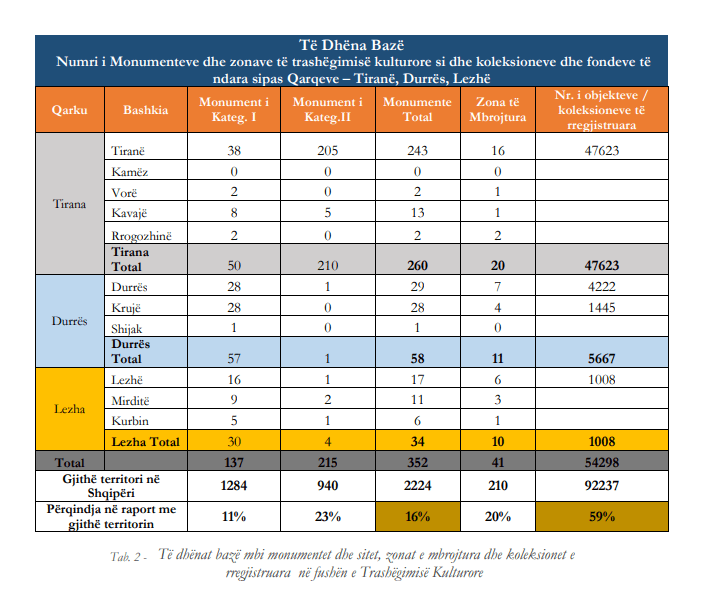 Citizens Channel has sent a series of requests for information, to further clarify the situation.

Translated and published in collaboration with, and with full permission of Citizens Channel. You can read the original article here.