‘A Fight for Life or Death’, Kosovo Soldier Recalls the Battle of Koshare 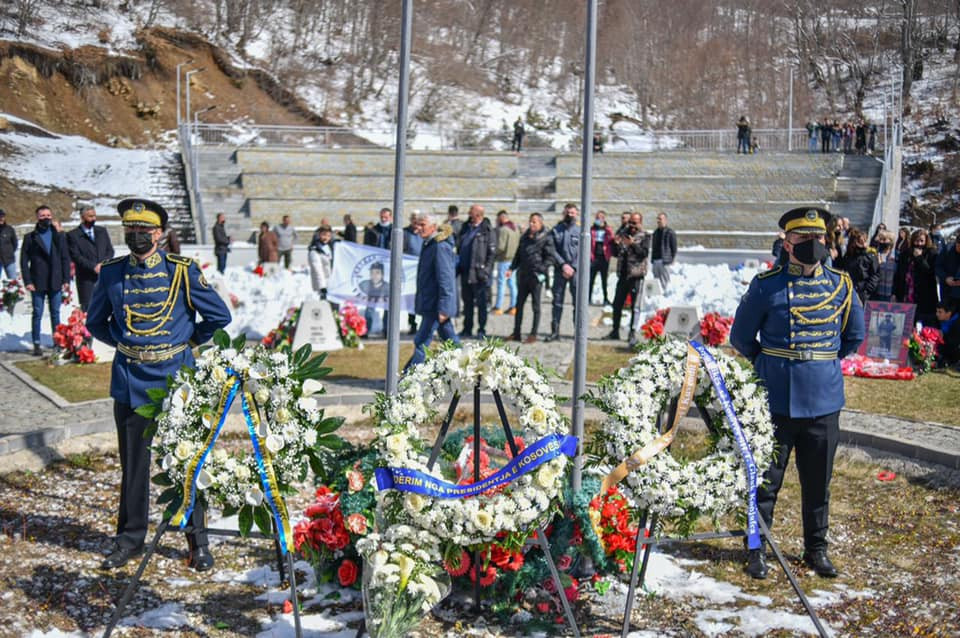 Kosovo commemorates the battle of Koshare today, one of the most important battles of its war against Serbia. It started on April 9, 1999, and lasted for two months. The battle was one of the bloodiest during the war, and leaving 114 soldiers of the Kosovo Liberation Army (KLA) killed.

It had great strategic importance as it resulted in breaking the border between Kosovo and Albania, until then controlled by Serbian forces.

The victory over the border point boosted the morale of young women and men who fought in it, and at the same time freed the way for assistance in military equipment coming from Albania.

All soldiers who fell in the battle were later declared martyrs, while commander Agim Ramandani of the 138th KLA Brigade and Sali Cekaj were awarded the “Hero of Kosovo” order.

The highest state officials in Kosovo paid homage to martyrs on the 22nd anniversary of the battle on Friday.

Albert Elshani is one of the KLA soldiers who participated in the Battle of Koshare, also supported by NATO air operations.

Albert was 21 when he quit university studies at the Faculty of Engineering and joined the fight for freedom.

“I remember the battle of Koshare as a fight for life or death. Fire exchange with the enemy lasted all day long, while we also had to run from countless shells fired by Serbian forces,” he told Exit News.

The Battle of Koshare started on April 9 and continued until June 10, when an agreement was reached for an end to the war and the withdrawal from Kosovo of Serbian forces under the regime of President Slobodan Milosevic.

“When there was no fighting going on, we spent the nights trying to survive the cold, and took turns to guard in order to prevent any unpleasant surprise by the enemy,” he says.

Albert recalls the solidarity among fellow soldiers amidst some of the heaviest fighting during the Kosovo war.

“I remember the connection between soldiers, we helped each other with everything we could. We shared bread, clothes…,” he explains.

A friend of Albert from the same unit was killed in the battle. Albert and others also had to help many of their fellow soldiers who were seriously injured, carrying them to doctors.

“The most dramatic moment I remember was when together with other fighters we walked in the direction of the Serbian forces which were in retreat. In a moment, an explosive device exploded close to me. I stood behind an oak, where for a while I was under enemy fire,” he says.

Albert was wounded twice during the battle, once on his thigh and second time on his right hand. “No major damage, fortunately,” he recalls.

When finally he received the news that the war was ending and Kosovo would be free, Albert recalls he had mixed feelings of joy and concern.

“I had no information whether my family could escape and survive, so I was under severe psychological pressure, I did not know what awaited me at home,” he concludes.