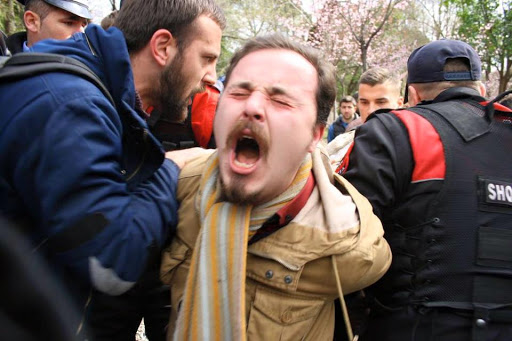 Civil society activists are continuing their legal battle against the construction of the playground in Tirana’s Lake Park.

They have requested the reversal of the decision of the Administrative Court of Appeal in the hopes the Tirana Municipalities playground project at Lake Park will be declared illegal.

They have sent the case to the Court of Appeals claiming the trial process had problems and called to return the case for retrial to this court with another trial panel.

In their lawsuit, they claimed that “the violated provisions have led to the development of a construction permit without first obtaining a special environmental permit.  Bypassing the environmental protection institutions, which were carried out within the area identified as the Green Crown of Tirana.”

According to activists, the Municipality of Tirana has also hindered the exercise of the rights of the public interested in participating in environmental decision-making by not conducting public consultations in accordance with legal provisions.

Their resistance started in 2016, when the Municipality of Tirana surrounded the park in the Lake Park of Tirana without any notice. This led to hundreds of citizens and activists protesting.

Environmental organizations, activists and citizens accused the municipality of interfering in a destructive and illegal way in the concreting of the park which was a protected area.

Their battle against the institution lasted more than 80 days, with clashes with the police and dozens of people detained.

In February 2016, during one of their protests against the illegal construction of a playground in the park, Tirana Major Erion Veliaj called protestors “vandals”.

The Grand Artificial Lake Park of Tirana was created in 1958, covering an area of ​​250 ha. Subsequently, facilities were built around the Park, such as the Zoo, the 1000 Cypress Street, the Martyrs’ Cemetery and the Nursery, which increased its area to 440 ha.

Today, the green area has been reduced as a result of constructions in and around the park.