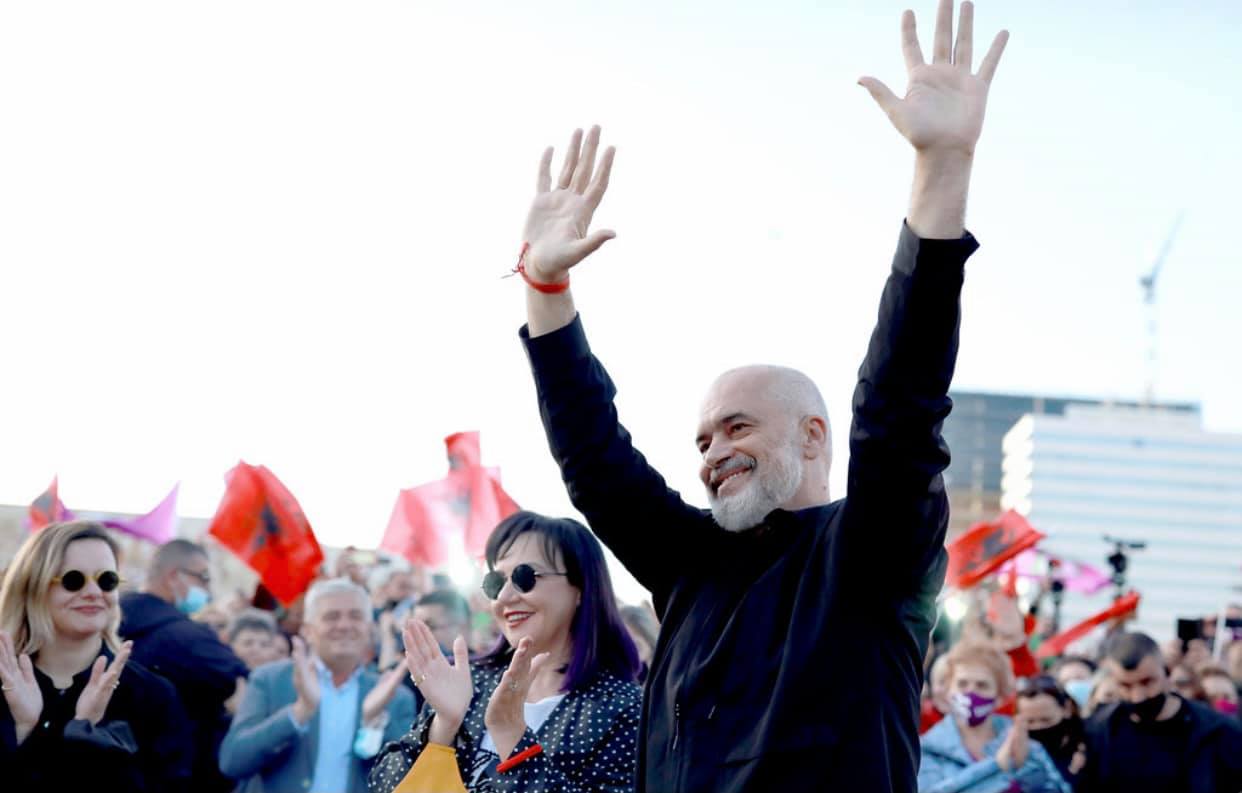 Albania’s democracy score has plummeted to an eight-year low according to the Freedom House Nations in Transit report 2021.

It scored just 3.75 out of a possible seven, falling from last year’s position of 3.82. The last time it fell to such a low level was in 2013, the year that Prime Minister Edi Rama took office for the first time. It increased slightly over the subsequent years, registering the first drop of his mandate during 2020.

The country scored just 2.75 out of 10 for corruption, 3.25 for judicial independence, 3.50 for independent media, and 3.25 for national democratic government.

The report ranks the country as only 46% democratic, less than half. It comes 14th in the region, behind North Macedonia, Montenegro, Serbia, Croatia, Romania, Bulgaria, and Poland.

This score categories Albania as a “hybrid regime”, just above the threshold for a semi-consolidated authoritarian regime.

One of the issues raised in the report was that of the local media environment.

“The Albanian media environment, which has long been plagued by oligarchic control like much of the coverage region, has also been affected by the increased use of strategic lawsuits against public participation (SLAPPs). In addition, controversial antidefamation legislation threatened to restrict online speech there.’

Overall, the report found that “Incumbent leaders and ruling parties are corrupting governance and spreading antidemocratic practices across the region.” The report notes that these leaders are fueling a deterioration in conditions that will have global implications on the cause of human freedom. It accuses them of “paying lip service to the democratic model”.

“Over the past decade, however, amid the erosion of the liberal democratic order and the rise of authoritarian powers, the idea of democracy as an aspirational end point has started to lose currency in many capitals. Existing institutions’ failure to address pressing societal concerns, increasing polarization, and growing inequality have fueled uncertainty and anger, and major democracies’ mismanagement of the COVID-19 pandemic has provided additional fodder to those interested in exploiting disillusionment with the traditional champions of democratic governance.”

They added that countries all over the region are turning away from democracy and find themselves trapped in a cycle of setbacks and partial recoveries.