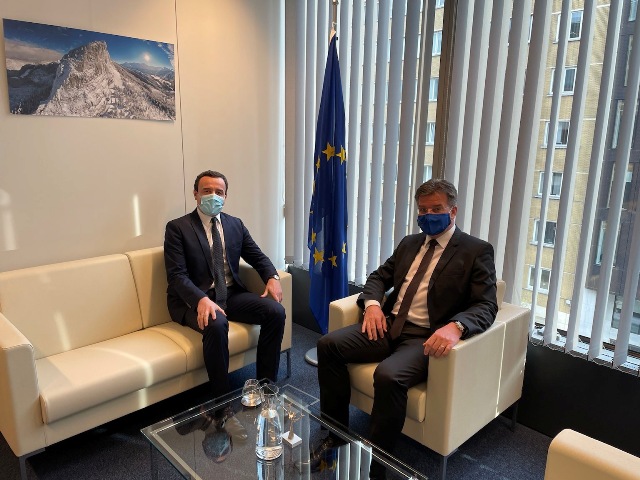 Lajcak said that Kurti’s visit to Brussels offered an important opportunity to continue “our substantive and constructive discussions from March”.

“We spoke about the details of the Dialogue and both our expectations as part of Kosovo’s European path,” Lajcak wrote in a Twitter post.

During his visit in Pristina, in March, Lajcak said he expects for a comprehensive agreement between Kosovo and Serbia to be reached within the governing mandate of Vetevendosje’s leader, Albin Kurti

Prime Minister Albin Kurti said the discussion with Lajcak on Wednesday was constructive.

“I reaffirmed that dialogue must be principled and well prepared. It must accept the reality and the truth, be equal and address unresolved issues, not create new ones,” Kurti wrote after the meeting.

He told media on Wednesday that his Brussels visit aims at strengthening Kosovo’s relations with the EU.