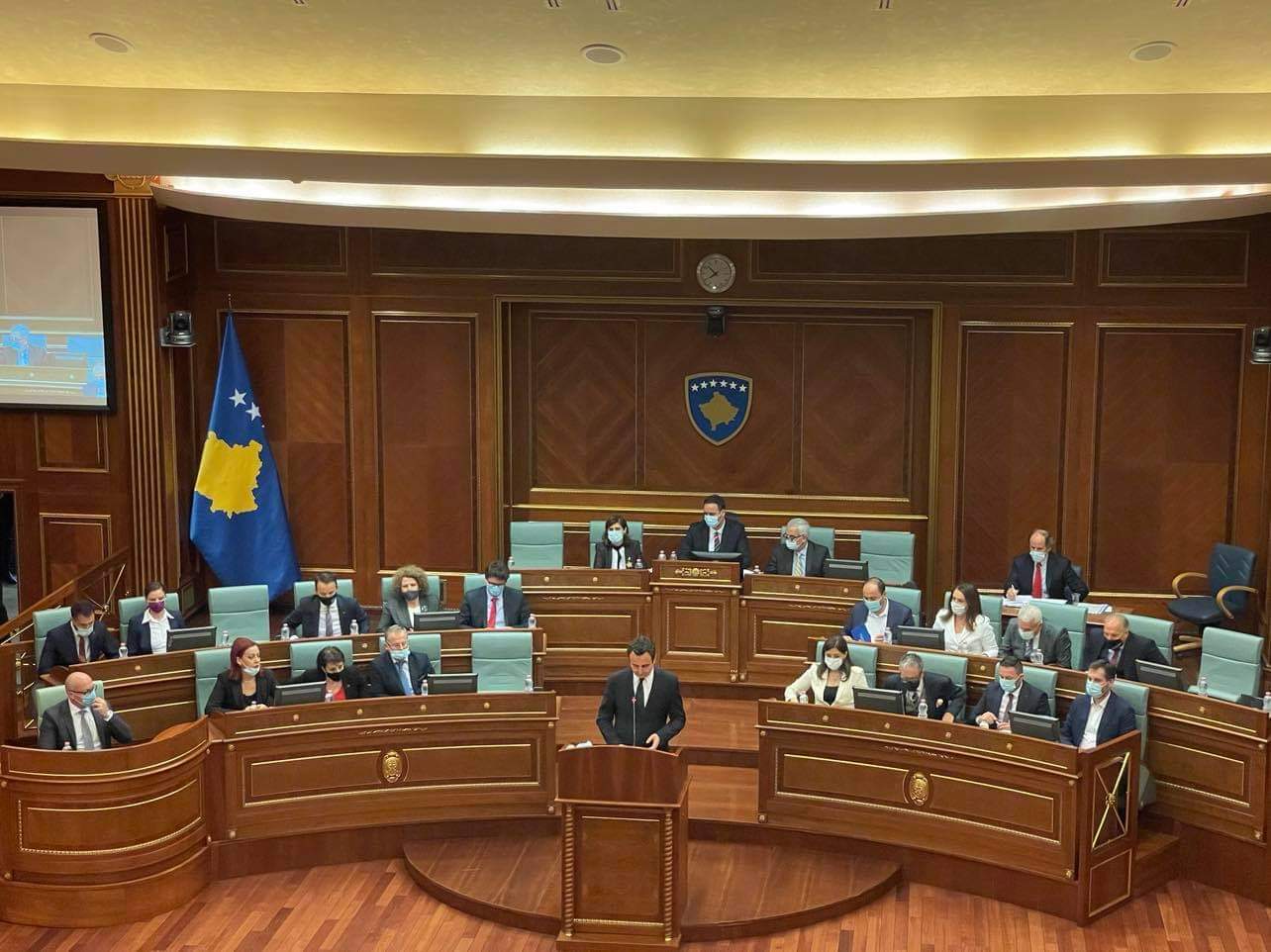 Prime Minister of Kosovo, Albin Kurti is expected to be asked to clarify his position on the so-called “Economic Normalization” pledges his predecessor and Serbian President Aleksandar Vucic signed in the White House, facilitated by President Donald Trump.

The initiative comes following Kurti’s statement at the European Parliament suggesting the document may not be implemented.

“I do not believe that it was thought to be implemented. It has some positive elements, this is how we should see it, as a set of points, and not a ‘take it or leave it’ deal,” he said.

The head of parliamentary group of the Democratic Party of Kosovo (PDK), Abelard Tahiri said that Kurti is changing his stances often, so he should clarify his position on the issue in parliament.

“We will invite Prime Minister Kurti in the coming days to a parliamentary session to discuss on the issue. It’s not news for Kurti to change his position once he is in power, as he has done in the past,” Tahiri told Pristina-based news agency KosovaPress.

Also Teuta Sahatqija, a member of the leadership of the Democratic League of Kosovo (LDK) called for the signed documents to be implemented, as this is also supported by President Joe Biden, according to her.

“Few days ago we last saw the position of the State Department, where is said that America supports the achievements of the Washington agreement and expects the parties to adhere to it in order to achieve economic development,” Sahatqija said.

“If the two different administrations in the US (Donald Trump and Joe Biden) support the Washington agreement, I think the current government should analyze well and work for the benefit of Kosovo to benefit as much as possible from this agreement,” she added.

The document was signed in the White House’s Oval Office on September 2020, at the presence of President Donald Trump.

In it, Kosovo pledged to open its embassy in Jerusalem, and did so on March 14, drawing criticism by the EU, Turkey and the Arabic League.