Major ‘Defender Europe 21’ US, NATO Exercise Kicks Off in Albania 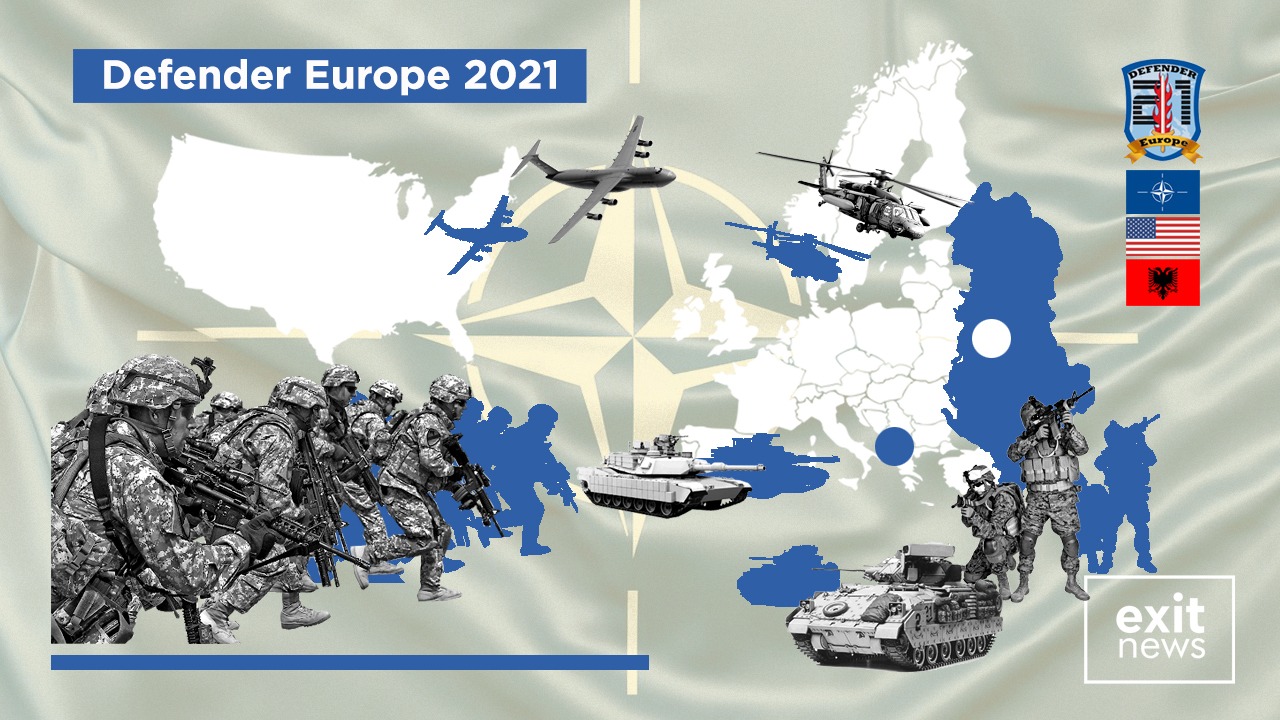 “Defender Europe 21”, a major multinational military exercise led by the United States, has kicked off in Albania on Tuesday, May 4. 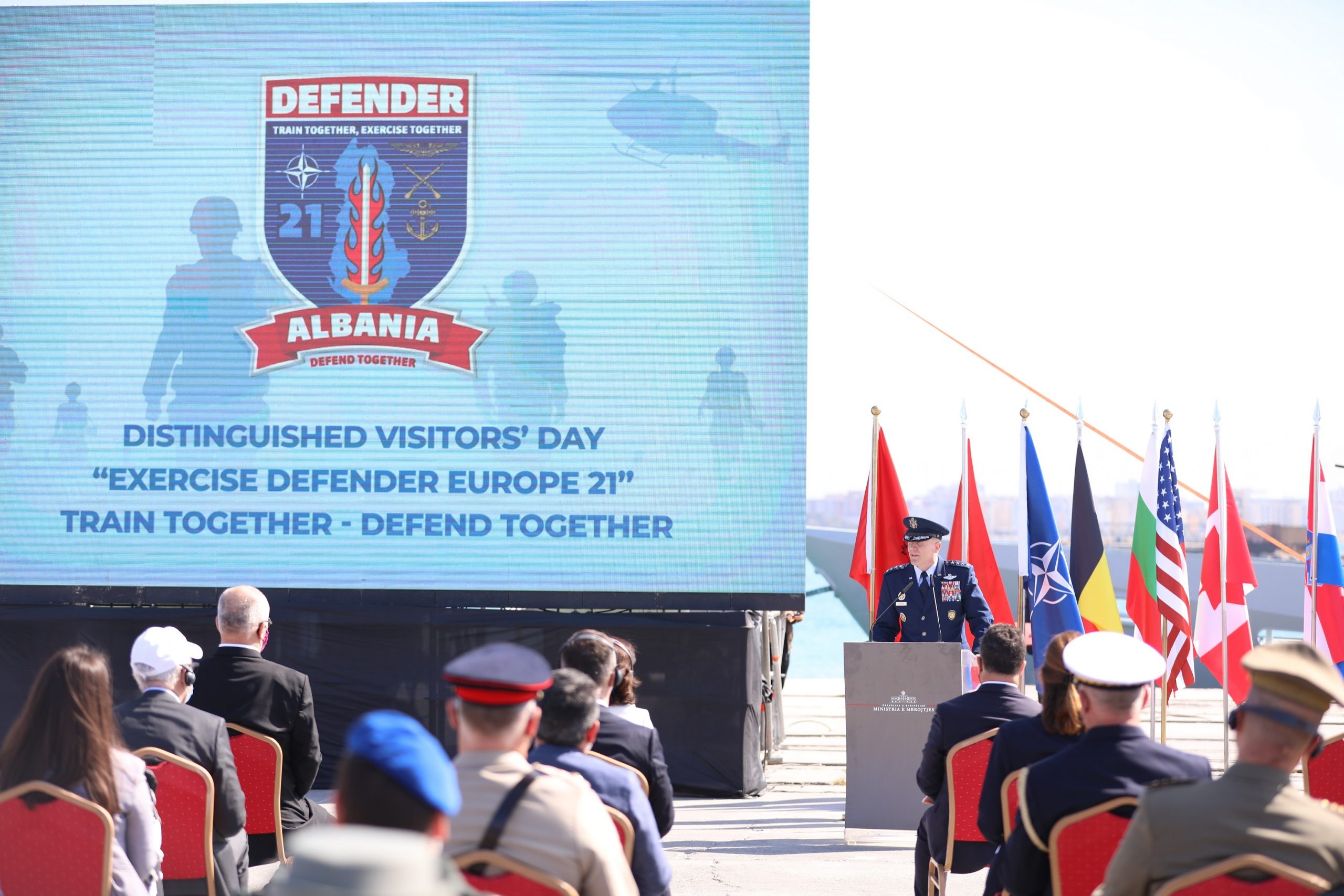 It will last until June, and it will be the largest military exercise in southeast Europe to increase military cooperation, designed to build strategic and operational readiness and interoperability between US, NATO, and allies and partners. Defender Europe 21 has been held since 1995. Preparations in Albania have been ongoing for the last three months.

The exercise will be conducted in more than a dozen of countries, with 26 nations participating in it under the US leadership. More than 28,000 forces have been deployed for exercise in total, and 16 countries will exercise. Training areas will include Albania, the Balkans, the Baltics, the Black Sea and Africa. 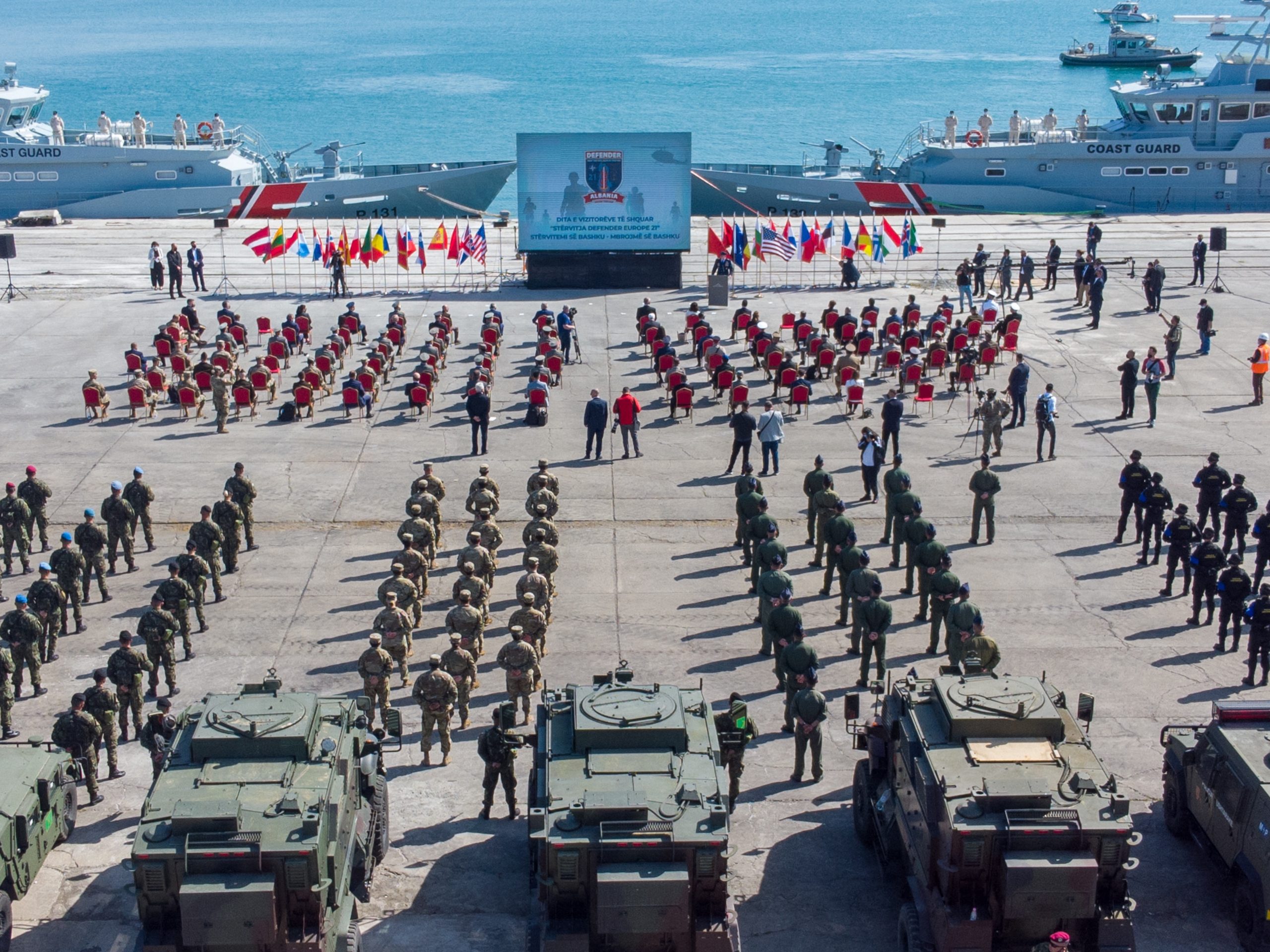 In his speech on Tuesday, President Ilir Meta stressed Albania’s readiness to contribute in its full capacity to the exercise. He added that it strengthens Albania’s stance in defence of democratic values in Europe and beyond.

US General Tod D. Wolters said Albania is an exporter of security, and that the exercise will improve the allies’ readiness in all aspects.

Prime Minister Edi Rama underlined the strengthened relationship between Albania, the US, NATO and allies under “Defender Europe 21”. He said Albania stands strong and loyal alongside its allies despite the relatively small number of troops.

“We commend Albania for never hesitating to help its allies. You have shown us the strategic and tactical potential of Albania. This training in Albania is historical in itself. This logistical operation for which you have all come to see, shows the ability of the US to send military forces where they are needed. Albania has a strategic location. Our support for NATO is evident”, US Ambassador Yuri Kim stated in today’s event.